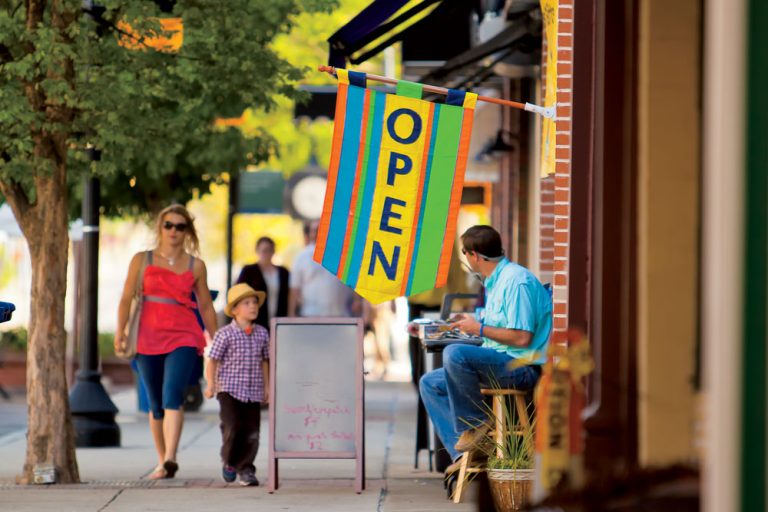 It is easy to have a toe-tapping good time in Eastern North Carolina. That’s because the region enjoys a lively music scene with a canorous combination of concerts, festivals and performances that hit all the right notes.

“We have a lot of live music festivals and great music venues throughout the area,” says Sierra Jones, communications manager with the Greenville-Pitt County Convention & Visitors Bureau. “That scene has really been growing lately.”

Indeed, a number of new music venues have popped up in recent years, especially in the Uptown District of Greenville. But the entire region also boasts several legendary landmarks where folks have been dancing the night away for decades.

One of the most famous is the Tarheel Opry House in Jacksonville, with its iconic solid wood stage and dance floor. The club has been a staple for country, folk and bluegrass music for more than 30 years. Travis Tritt, Tim McGraw, Alan Jackson and Waylon Jennings are among the famous artists who have played there.

Among the newer options is The Red Room in Kinston. Housed in two buildings that date to the late 1800s, The Red Room has become a focal point of downtown Kinston’s growing arts and entertainment district, featuring a wide array of musical genres including jazz, folk, bluegrass, rock and classical.

The Paramount Theatre in Goldsboro holds concerts as well as theatrical performances and movies. The Paramount Performing Arts Series has been honored as the “Best Downtown Event Series” by the North Carolina Main Street Center.

And for those who prefer to listen to music in an outdoor festival atmosphere, Eastern North Carolina has numerous annual events that combine regional culture with concerts. They include the Winterville Watermelon Festival held each August with an emphasis on country music, and the PirateFest, which celebrates the region’s buccaneer history while also offering acts ranging from southern rock to world music.