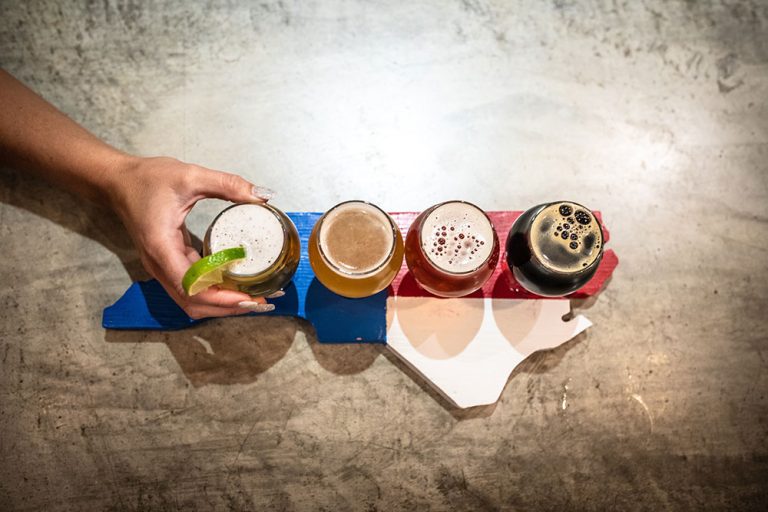 Hear the words “North Carolinaâ€ and “beer,â€ and most people instantly think Asheville. And for good reason: year after year, it continues to polish its “Beer City, USAâ€ crown by churning out award-winning craft brews at its 40-odd breweries. But the Tar Heel State’s famous beer culture isn’t relegated to just one city.

Several other cities in North Carolina are holding their own when it comes to a vibrant and lucrative beer scene. From the coast to the Piedmont region, here are five other North Carolina beer destinations worth exploring:

In the early days of the craft beer revolution, Front Street Brewery was pretty much the only show in town. They delighted Wilmingtonians with tasty microbrews and got them thirsty for more. In the mid-2000s the game changed and competition popped up all over town, turning Wilmington into a “beachy Ashevilleâ€ almost overnight. One by one, brewers found their own unique ways to showcase the coast’s best qualities.

An early crowd-favorite was Wilmington Brewing Company, run by a husband and wife team who brought their Asheville beer education back to their hometown. Across town, adventurous beer lovers can try oysters paired with IPAs at Wrightsville Beach Brewery, check out carnivorous plants at Flytrap Brewing and discover pirate legends at Edward Teach Brewery.

There’s been a huge push over the past decade to revitalize Durham, and what’s come of it has been a real boon for foodies and beer lovers. It’s a town that places a huge emphasis on community (it’s also the host of the World Beer Festival!) and its breweries are no exception. Bull Durham Beer Company, for example, located inside the baseball stadium, supports Durham’s Minor League team. Bull City Burger and Brewery prides themselves on what they call a “farm to tankâ€ philosophy by incorporating local agriculture into their ingredients. The well-loved Fullsteam Brewery advocates for what they call the “Southern Beer Economyâ€ with an ongoing commitment to working with area businesses.

Charlotte’s influence as a banking hub means business is at the forefront of its identity. It’s no surprise, then, that a few of its newest breweries are standing out as trendsetters. Take, for instance, Bold Missy Brewery, the first female-owned brewery in the city. Located in the NoDa Arts District, they’ve already showcased their innovative edge by partnering with Opera Carolina to craft a custom “opera-themedâ€ ale. Over at Armored Cow Brewing Company, which is veteran-owned, they’re catering to beer enthusiasts with nutritional allergies and developing gluten-free pints to be enjoyed by everyone.

Greensboro’s breweries seem to share a common theme: having fun. While each place has its own eclectic vibe, they all rally around the youthful energy that makes this college town artsy and cool. At Pig Pounder Brewery, their well-rounded calendar offers yoga, races, trivia nights and ax-throwing events. Over at Joymongers Brewing Company, the mission is “spreading joyâ€ with the likes of Belgian Blondes and German Kolsch. And Leveneleven Brewing, next door to the Coliseum Complex, is a perfect pairing for the city’s sporting events and concerts.

Over on the coast, Elizabeth City is worth keeping an eye on over the next few years. It’s in its craft beer infancy but slowing emerging as a surprising newcomer. Already a boating destination (and gateway to the ever-popular Outer Banks), it’s waking up to its untapped potential and new brewers want to get on board. The first to kick it off is Ghost Harbor Brewing Company. It’s a small, four-barrel operation serving up beers with names like “Time In The Sun” and “Lighthouse.”

Which Type of Beer Are You? Take Our Quiz to Find Out

Less than a 5-minute walk away, renovations are underway for Seven Sounds Brewing Company, set to open in 2019 on the site of an old hardware store. Like Ghost Harbor, its name draws on the region’s coastal attractions and will soon be another option for visitors looking to imbibe in Elizabeth City.