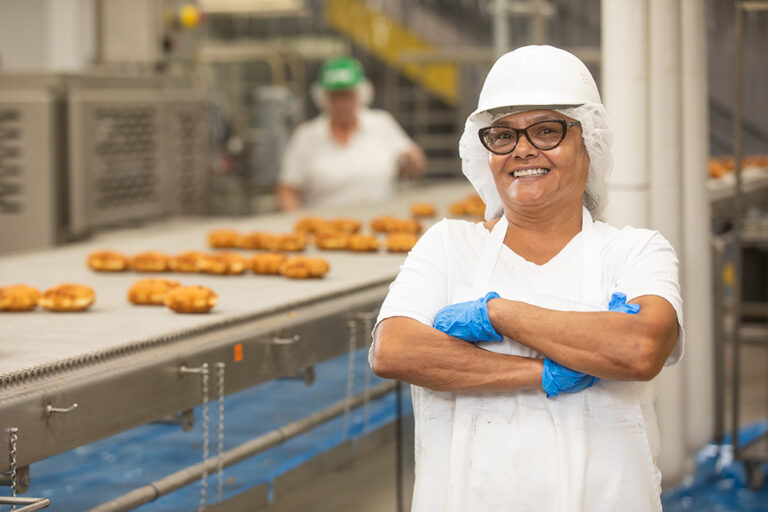 With the lowest unemployment rate in the country and thousands of open jobs across a variety of industries, the “We’re Hiring” signs are most definitely up throughout North Dakota.

Phil Davis, Workforce Services Director at Job Service North Dakota, says the organization has 17,000 openings on its job site, and there are likely about 30,000 to 40,000 total openings across the state.

Now is an interesting time to launch or grow your career in North Dakota, with unique industries thriving and a spirit of entrepreneurship that runs deep. Consumer Technology Association recognized North Dakota as one of the most innovative states in the country.

Grand Forks, for instance, has positioned itself as a leader in Unmanned Aircraft Systems. It is home to Grand Sky, the country’s first unmanned aircraft business and aviation park, and the University of North Dakota offers the first UAS bachelor’s degree program. The state is also on the cutting edge of precision farming, using new technologies to increase crop yields. And while the state is well-known for its wheat and sunflower crops, it’s also the No. 1 honey-producing state in the country and is a hotbed for emerging crops like industrial hemp, hops for beer, fava beans and carinata, a high in oil sustainable crop well-suited for a bio-based economy.

“There’s no better time to start your career in North Dakota,” Davis says.

Those who move here find that in addition to major corporations like Walmart and Doosan Bobcat that have a large presence in the state, North Dakota is unique in that about 70 percent of its employers are considered small businesses — the mom-and-pop shops employing 25 people or less, according to Davis. Plus, some North Dakota-based companies are among the largest employers in the state, like Scheels, an employee-owned and operated sporting goods store that’s headquartered in Fargo.

Mimicking nationwide trends, Davis explains that health care is a top industry in North Dakota. Currently, of the job service’s open positions, 4,400 of them are in the health care field, and there’s an acute need to fill positions in rural areas with aging populations.

Plus, the state has several innovative health care start-ups, including Fargo-based WalkWise, a smart walker attachment that helps reduce falls among seniors. And NovaDigm Therapeutics, a clinical-stage biopharmaceutical company that’s developing vaccines to protect people from contracting fungal and bacterial infections, has a laboratory in Grand Forks.

North Dakota is bucking national trends with its strong manufacturing economy. In fact, manufacturing accounts for more than 7 percent of North Dakota’s Gross Domestic Product, and the state has experienced a 112 percent growth in exports in less than a decade.

Advanced manufacturing runs the gamut in the state, with machinery and equipment manufacturers like Bobcat Company, John Deere and Caterpillar having deep roots in North Dakota. In the aerospace industry, Killdeer Mountain Manufacturing builds electronic circuit board assemblies, cables and ground support equipment. In 2018, Aldveron opened the world’s largest DNA manufacturing facility in Fargo. The company produces plasmid DNA, mRNA and custom enzymes which can help lead scientists to medical breakthroughs leading to cures for diseases.

North Dakota also has a strong food manufacturing industry, with a Touch of Honey creating their packages in the state and Dot’s Pretzels making its gourmet snacks in Velva.

Manufacturing companies doing business in the state can also tap Impact Dakota for resources. The organization has a staff of experts in the manufacturing industry and can help companies with everything from process improvement to leadership development.

Companies like Microsoft and Amazon have long called North Dakota home. But the business-friendly state is also attracting several start-ups that are adding jobs to the state and spurring job growth across a variety of industries like health care, energy production, autonomous systems, agriculture and manufacturing.

Take, for instance, the innovation that’s happening at Baker Boy. The wholesale baker is adding well-paying jobs to the state as it pioneers innovative manufacturing practices with new technologies that are allowing the business to increase production from 5,000 doughnuts per hour to 22,000.

In all, the state’s technology sub-sectors employ about 22,000 people across 3,000 businesses, including the nation’s second-largest Microsoft campus.

Tech clusters show that North Dakota is leading the way in autonomous systems, computer and cyber sciences and cyber security, according to the state. To help meet future workforce demands and position itself as a leader in cyber security and computer science fields, North Dakota became the first state to launch a “Cyber Science Initiative” in its schools and colleges. Also, Bismarck State College teamed up with Palo Alto Networks, a global cybersecurity leader, to help train students for in-demand jobs.

North Dakota is well-positioned for logistics companies. The state’s integrated supply chain includes a network of rails, roads and skyways to help enterprises get their products where they need to go.

The state has roughly 3,500 miles of railway tracks plus eight commercial airports and 89 public-use airports. Don’t forget the more than 107,000 miles of roads that provide intrastate connectivity.

Plus, companies that choose to make North Dakota their base have access to a talent pool as North Dakota State University has a transportation and logistics doctoral program with degrees awarded through the College of Business and in collaboration with the Upper Great Plains Transportation Institute.

Logistics companies seeking talent include Cross Country Freight Solutions, which is headquartered in Bismarck and Sky Logistics, a homegrown logistical company based in Fargo.

In addition to existing key industries, North Dakota could become a lead state in crypto mining, especially as companies look to relocate to reduce costs and take advantage of competitive tax incentives.

Bitzero Blockchain Inc., backed by a strategic investor and “Shark Tank” star Kevin O’Leary, plans to make North Dakota its North American headquarters. The crypto mining company is redeveloping an abandoned Cold War-era anti-ballistic missile site — the Stanley R. Mickelsen Safeguard Complex known as ‘the pyramid” in Nekoma — into a data center for mining of bitcoin and other digital currencies. In addition, waste heat captured from the data center’s servers will be used to heat an on-site greenhouse.

“This is fantastic news for Cavalier County and our entire state, putting this iconic pyramid on the prairie to innovative use and further solidifying North Dakota’s status as a global hub for data center development,” North Dakota Gov. Doug Burgum said in a 2022 press release announcing the site selection.

Once operational, the company expects to employ 35 to 50 people. It will also be emblematic of the state’s vision in energy transition and emissions reduction strategies as the site has a Zero Carbon Displacement energy strategy, meaning its carbon footprint will be offset by using renewable energy sources.