Pack your bags and make your move to this unexpected gem of a state. 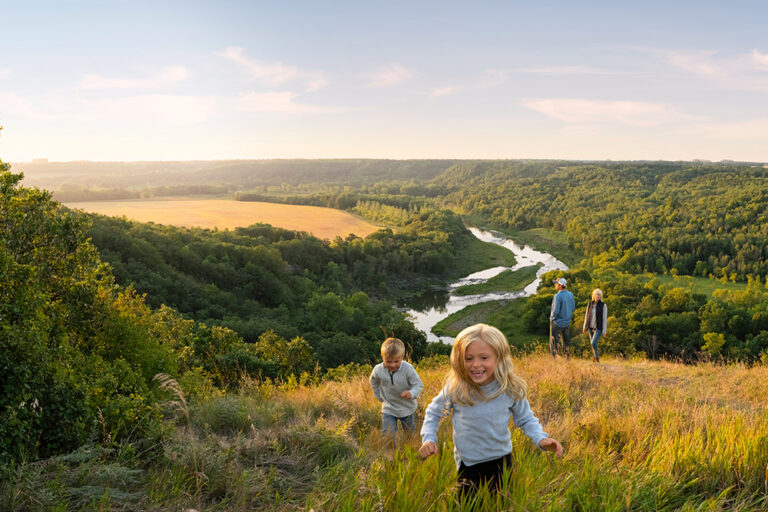 North Dakota is a magical place. Picturesque, wide-open prairies are dotted with fast-growing cities like Fargo and Bismarck and even the occasional bison. North Dakota residents experience the nation’s highest quality of life, affordable living costs and the great outdoors (it does have all four seasons!), among many other benefits.

People here are extremely friendly, and “North Dakota Nice” is a real thing. According to Katie Ralston Howe, director of the Workforce Division at the North Dakota Department of Commerce, it’s the state’s competitive advantage.

“North Dakotans thrive on connection and a welcoming community. We love meeting new people and helping them get connected with others. Whether you’re a job seeker looking for a professional opportunity or you’re new to town and interested in meeting people who share your interests, you can expect lots of warm introductions and knowledgeable tour guides to help you feel at home in North Dakota,” Howe said.

The “Legendary State” truly is one of the country’s hidden gems. Read on for ten reasons to move to North Dakota.

Maybe it’s all the fresh air, or maybe it’s the friendly neighbors, but North Dakota has been consistently ranked as one of the top states with a high quality of life. Smaller, spread-out towns mean that residents are closer to their neighbors, embracing that charming small-town feel. Access to quality health care, excellent schools and higher education opportunities, high-paying jobs and a good work-life balance also contribute to the state’s top rating.

2. The Scenery Is Breathtaking.

Home to awe-inspiring national parks and part of the North Country Trail, the longest trail in the National Trails System, North Dakota is sprawling, wild and perfect for enjoying the great outdoors. Theodore Roosevelt National Park is home to areas of mysterious badlands and 100 miles of trails, where you will see countless bison, wild horses and prairie dogs. The 144-mile Maah Daah Hey Trail stretches across the park and is ideal for biking and horseback riding. Whether you enjoy hiking, biking, kayaking, fishing or all of the above, North Dakota has it all.

3. The Economy Is Booming.

While the rest of the country may be headed for a recession, North Dakota’s economy is projected to continue to grow. The state has one of the lowest unemployment rates in the country at 2.3 percent, and all of North Dakota’s metro areas reported annual employment increases for 2022. Its largest industries are mining and oil, along with agriculture and manufacturing. Meanwhile, Fargo is considered one of the most underrated tech hubs in the country and boasts a thriving start-up scene. The state was also recently ranked #4 in the Best States for millennials, with one of the biggest factors being job opportunities.

4. You Can Get a Top-Quality Education.

The Legendary State is home to 20 universities and colleges, including North Dakota State University in Fargo and the University of North Dakota in Grand Forks. The state’s high-quality public school system also gets top reviews and was recently ranked the eighth best in the country. It’s no wonder that North Dakota ranks second in the country for median SAT scores.

5. It Actually Does Have All Four Seasons.

When you think of the weather in North Dakota, you may think of lots of snow and frigid temperatures. While it does get very cold and snow accumulates, many North Dakotans look forward to winter for the boundless outdoor winter opportunities such as skiing and snowmobiling. Winter not your thing? North Dakota summers are gorgeous, with an average temperature of 82 degrees during the day and cooler evenings. Enjoy the changing leaves, and cooler temps as fall descends on the state in mid-September, and experience the frost thaw and flowers blooming in the spring with comfortable high temperatures between 50 and 70 degrees.

6. It’s Rich in History and Culture.

Want to trace the steps of famous early explorers — or the area’s prehistoric beasts? You can in North Dakota, a land steeped in history. The historic Lewis and Clark Trail in North Dakota winds miles through Native American reservations and features various stops along the way that tell the story of the explorers and the Native Americans they met along the way. Native American tribal history in North Dakota dates back thousands of years, and the state features several historic sites where residents can learn about its first settlers. Well, first human settlers. Dinosaurs once roamed the lands here, and the state-wide North Dakota Dinosaur Tour consists of 8 museums featuring fossil exhibits and full-scale dinosaur skeletons.

7. Its Views of the Night Sky Are Unrivaled.

Gaze up on a clear night in North Dakota, and you’ll be in for a treat. Visit any of North Dakota’s state parks or Theodore Roosevelt National Park (or just look up in your own backyard), and you will be able to see countless stars and galaxies. Not only is North Dakota a prime state for stargazing, but residents often get a glimpse of the stunning aurora borealis or the northern lights. In 2020, the North Dakota Dual Aurora Camera (NoDDAC) was installed, featuring a live stream of the skies and will send out a tweet if an aurora is spotted.

Not only does it have a high quality of life, but the state is also one of the country’s happiest states. According to a recent study, North Dakota scored high in categories like health, work-life balance and environment. Don’t be surprised if people smile wherever you go, and it’s not unusual to have a friendly conversation with folks at your local grocery store. It’s that “North Dakota Nice” motto in action.

Golfers, grab your clubs and practice your swing! There are more golf courses per capita in North Dakota than anywhere else in the country. There is one course for every 5,468 people, meaning you won’t have a problem booking the tee time of your choice. One of the most beautiful courses is Hawktree Golf Course in Bismarck. This championship 18-hole Par 72 course is eco-friendly and features natural rolling hills and bountiful wildlife.

10. Own a Little Slice of the Prairie

Real estate prices in North Dakota are significantly lower than much of the rest of the country, and you will get more bang for your buck here. The median home value in the Legendary State is just $284,130, according to Zillow, while the national median home value sits at $357,810. Some of the state’s most affordable cities to purchase a home are Jamestown, Grand Forks and Fargo.