5 Winter Sports You Must Try in North Dakota

North Dakota is a winter playground accessible to snow lovers of all ages. 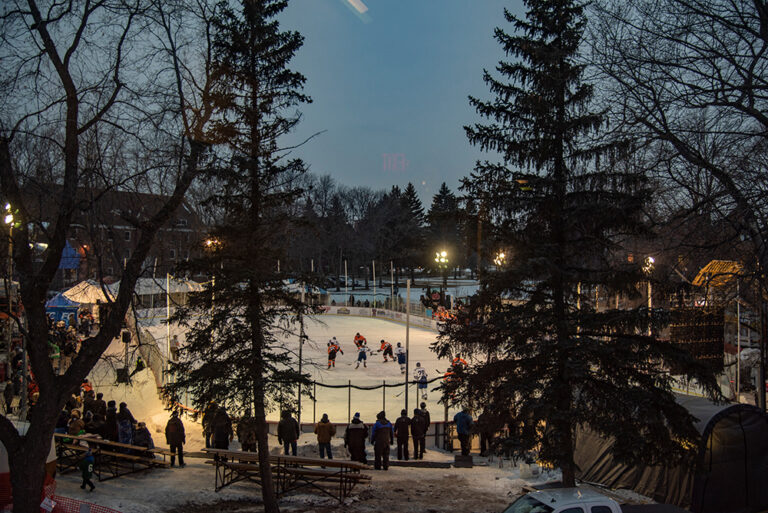 There’s nothing more beautiful than a crisp, wintry North Dakota morning. The clear blue sky, bright sun and a bit of frost from the newly fallen snow create a winter wonderland reminiscent of a human-size snow globe.

If you’ve ever hesitated to engage in winter sports, it’s time to reconsider. Here are five winter sports you must try in North Dakota.

Snowmobiling is a great way for all ages to explore the winter landscape. And North Dakota has a vast network of trails ready for your next adventure.

Most trails are managed by independent clubs like Snowmobile North Dakota, which keep people informed about the snow base and the grooming schedule.

“If there’s enough base, snowmobile trails officially open in the state on Dec. 1,” says LeMoine. “There is this misconception that North Dakota is all prairies. There are vast acres of Badlands and gorgeous tree areas where you can get a ton of difference in the terrain regarding the riding possibilities.”

North Dakota’s proximity to Canada makes it a hockey hub. As a result, there are some incredible opportunities for enjoying hockey throughout the state — whether on the ice or from behind the glass. There are ample opportunities for hockey fans, from Division 1 Hockey at the University of North Dakota to junior teams of the U.S. Hockey League.

“We have one of the premier, if not the best, college hockey facilities in the United States — the Ralph Engelstad Arena is a first-class facility and hockey arena,” says LeMoine.

And if you’re not into hockey, you still have plenty of opportunities to lace up your skates.

“We have these gorgeous outdoor public skating rinks where you can rent or bring your skates,” LeMoine says. “The Lights entertainment district is home to an outdoor ice rink within the Essentia Health Plaza from mid-November through mid-March. There’s also an open skate ice rink at Broadway Square in downtown Fargo.”

North Dakota’s downhill ski areas are winter playgrounds and popular with snow lovers of all ages. Some of the most eagerly awaited activities in the winter in North Dakota are downhill skiing, tubing and snowboarding.

“Many people think of North Dakota as a flat land and all prairies. But there are plenty of downhill skiing areas,” says LeMoine.

“The Bottineau Winter Park in northern North Dakota has an adaptive ski program to provide individuals with limited physical abilities the opportunity to enjoy this recreational sport fully,” said LeMoine.

The Bottineau Winter Park also is home to Annie’s House, a state-of-the-art facility that provides an array of life-changing opportunities for individuals and veterans with disabilities. It is named after Anne Nelson, a resident of North Dakota who was killed in the 9/11 attacks.

It’s nice to be on the ice. And there is a certain mystique about an entire lake freezing that enables you to drive onto it with a vehicle, set up an icehouse and fish.

Devils Lake is famous for ice fishing and offers great services. Lake Metigoshe, nestled in the densely forested Turtle Mountains of North Dakota, straddling the United States and Canadian border, is one of the cleanest natural freshwater lakes in North Dakota.

“People have this idea of a cold experience, but these ice houses, especially if you do guided ice fishing, are luxurious,” LeMoine says. “It’s popular for families and groups to enjoy ice fishing as a long weekend getaway.”

“Woodland Resort on Devils Lake has an outfitter that puts you in a great heated icehouse with television,” she says. “They are equipped with bathrooms, bunk beds and everything you may need. People grill and have a lot of fun. There is no ‘roughing it’ — you can, but you don’t have to.”

Western North Dakota is home to the 70,448-acre Theodore Roosevelt National Park, open year-round. This part of North Dakota doesn’t get as much snow as its counterparts, enabling visitors to take advantage of the pristine hiking trails regardless of the season.

“This is a national park where you can fully enjoy the ability to get away from it all — appreciating the scenery and wildlife like bison, wild horses, sheep and villages of prairie dogs,” says LeMoine.

The park continues to memorialize the 26th president for his enduring contributions to the safekeeping and protection of our nation’s resources.

“He would have never been president if it weren’t for his time here in North Dakota,” says LeMoine. “After the tragic loss of his mother and wife, he came to North Dakota to hunt buffalo and fell in love with the rugged lifestyle and ‘perfect freedom’ of the Badlands. This experience inspired him to invest in the Maltese Cross Ranch and his passion for conservation during his presidency.”