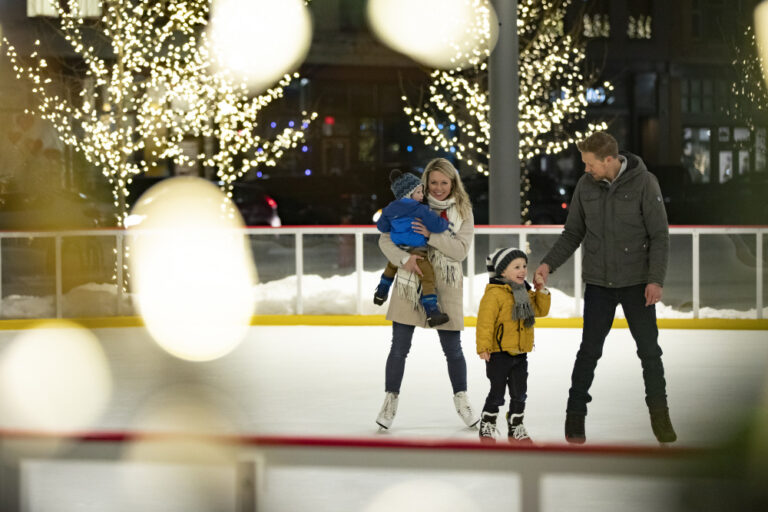 If you’re looking to plant roots and raise a family, North Dakota has lots to offer, including plenty of jobs, a low cost of living compared to most of the country and good schools with involved teachers.

But outdoor recreation sets North Dakota apart from all the other great places to live. There are wide open spaces galore for kids to roam, including three national parks, multiple state parks and miles of trails for hiking and biking. Plus, there are many family-friendly activities such as zoos, museums and water parks.

Here’s what two North Dakota residents said about why they came and why they decided to stay in North Dakota to raise their families.

A variety of unique outdoor activities.

Nick Ybarra, race director of the Badlands Race Series, originally from Bismarck, relocated to Watford City — the town his wife grew up in — because of job opportunities and the proximity to the Badlands. Known for its unique, rugged terrain and home to many hiking and biking trails, the Badlands offer an experience for his family like none other.

“The Maah Daah Hey Trail is one the greatest single-track trails in the world. It is world-class and one of the most beautiful trails I’ve ever visited, offering solitude and beauty. That’s what I was excited to move back here for,” Ybarra says.

Alicia Underlee Nelson, freelance author, journalist and photographer, grew up in a small farming community, and having the opportunity for her children to spend time outdoors was essential.

“The ability for our family to be outdoors was important to me. We love being outdoors, whether it’s hiking, biking or visiting our local parks (two of which are within a five-minute walk) — several which show off the geography,” Nelson says. “We also enjoy visiting state parks. North Dakota is primarily a prairie state, but the state parks take advantage of the wooded areas. And you can get a state park pass from the library and see a variety of them for little to no cost.”

Geocaching is also a popular outdoor activity for families of all ages, and North Dakota has some of the best.

“We’re an excellent geocaching state. Fargo-Moorehead has an exceptionally good geo-tour,” Nelson says. “It is a fun activity for kids because not only is it free, but they also get small prizes. And you can combine geocaching with your site-seeing to see culturally relevant places.”

The North Dakota public school system fares well compared to other states. Overall the state’s schools are doing well, and a handful of school districts truly distinguish themselves through high academic performance and great extracurricular programs.

“Watford City has a good public school system. We enjoy the experience our daughters have had,” says Ybarra.

Not only are the schools good, but they are diverse.

“A large number of immigrants and refugees have settled here. The Fargo Metro area is where first- and second-generation immigration families are building businesses,” says Nelson. “And because of this, we have one of the most diverse schools in the state. Families come from all over the world and speak multiple languages — my son is being exposed to different religions and holidays. I’m excited about that because that’s just how the world is. I was in college before I realized that, but he realized that in kindergarten.”

Technology has quickly become a growing sector in the Fargo Metro area. Medicine is a large industry, and education is also vibrant. But what may be somewhat unexpected is the availability of creative career opportunities.

Originally from the Minnesota side of the North Dakota border, Nelson saw an opportunity to build her creative career in an affordable, expansive city.

“After attending school out of state and living away for a while, I thought about a place to build my career. I wanted a place where I could do the work I love but didn’t bankrupt me while trying to do it. Fargo Metro offers an intimate, creative scene — it is small enough where people can make a big difference but isn’t short on opportunity. This is important, especially when you’re just starting as a young professional.”

A strong economy and expanding downtowns.

Set along the Red River bordering Minnesota, Downtown Fargo is a bustling district home to galleries, performing arts theaters and the Plains Art Museum. In addition, there are specialty stores, vintage shops, cozy cafes, bars and diverse eateries. However, it wasn’t always that way.

“Like a lot of downtowns, ours had fallen into disrepair — but our leaders had a lot of interesting ideas, tax incentives and businesses to make it a center again. That was the energy we were interested in,” says Nelson.

The same is true in locations like Watford City, with extensive city amenities and a small-town feel.

“When we moved here, there were only 1,200 people in Watford City. And then the boom kicked off — 1,200 people became 12,000 people fast,” Ybarra says. “Watford City is a great place where we can jump on our bikes in the evening and ride to a restaurant. There is a local brewery in town where we can sit on the patio and enjoy dinner. We have a small movie theater with two screens — we love going to the movies together.”

“It’s a safe community,” Ybarra says. “A place where we can enjoy going out together as a family and at the same time, our daughters can take their bikes and meet their friends at the park, and we’re not worried or concerned for their safety.”