Downtown Fargo, ND Offers It All 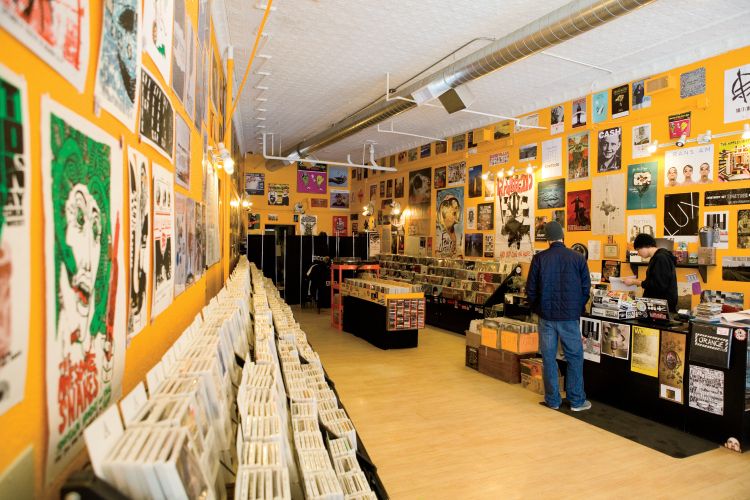 One reason for the hip quotient? Fargo is teeming with young adults thanks to multiple colleges nearby, including North Dakota State University, University of Minnesota Moorhead, Concordia College, Rasmussen College and Minnesota State Community and Technical College.

“We have about 3,000 students taking classes within the downtown district,” says Mike Hahn, president and CEO of the Fargo-Moorhead Downtown Community Partnership. “We’ve seen major growth in the past two years, including a huge development of condos and apartments, as well as art galleries and a wide array of fun places to eat.”

Offering apartments with as many as four bedrooms, Cityscapes Plaza Apartments feature a variety of amenities, such as cherry wood cabinets and fully furnished kitchens, while 300 Broadway Condos include rooftop gardens and granite countertops. Riverside Condos offer a scenic view of the river.

Fargo’s downtown also offers an assortment of restaurants and eateries, including Atomic Coffee, where customers can sip a variety of beverages and savor sandwiches, wraps and desserts.

Other cultural opportunities in the area include the historic Fargo Theatre, which features independent and foreign films and live performances, and ecce art + yoga, displaying works created by local and regional artists.

And Fargo doesn’t disappoint when it comes to shopping, either. “We’ve seen a lot of expansion on the retail side,” says Jed Pahan, who also is a Downtown Community Partnership employee.

Surprised? So was Hahn, who first experienced the Fargo – Moorhead area while running a marathon.

“I’ve been amazed with what there is to do on a nightly or weekend basis,” he says. “I moved my family here, and we’re all transitioning well.”

While Hahn agrees the winters can get pretty chilly, he hopes people understand that there’s a lot more to the city than low temperatures during the winter months.

“People think Fargo is this cold place that’s kind of off the end of the earth, and it’s really not,” he says. “This is a really neat community, and there’s a lot to do here.”