Home Grown: Williston, ND, Has a Crop of Agribusiness Growth 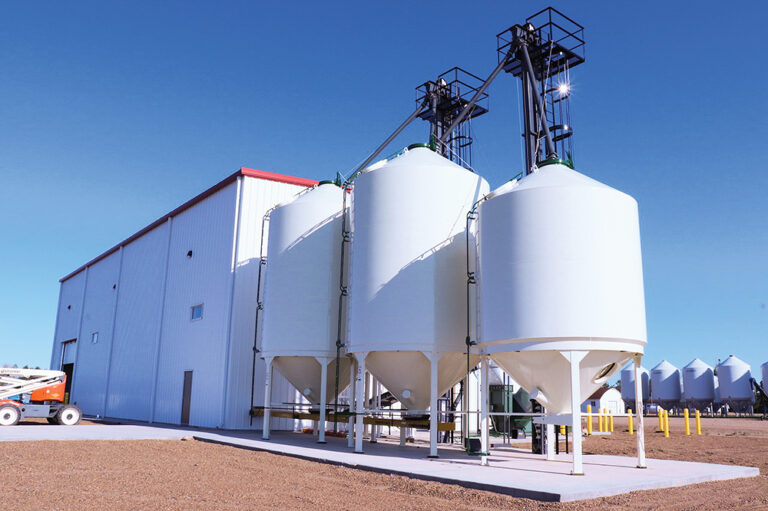 The term “seed money” means a few different things in Williston, thanks to an entrepreneurial community focused on revitalizing its longtime success in agribusiness with significant investments in new technologies.

This ability to continue the area’s rich farming heritage while leveraging those crops for multiple uses spurs growth and creates new opportunities.

The area’s growers and supporting infrastructure have long been forward-thinking in deploying the latest ways to enhance production. The most recent symbol of that mindset is a new seed-cleaning facility at the Williston Research Extension Center.

This larger-capacity operation will allow for higher purity seed and more diverse crops by handling around 200 to 300 bushels an hour. (In contrast, its 65-year-old predecessor could only process 35 to 50 bushels per hour at best.)

The extension center’s staff, including Director Dr. Jerald Bergman, worked with area growers and others for years to make the $2.7 million processing facility a reality, including developing a capital campaign to accompany a $750,000 appropriation from the North Dakota Legislative Assembly and a $250,000 investment from the City of Williston’s STAR Fund.

“It is amazing how the technology has advanced,” Bergman says. “The new seed plant is easier and faster to clean between varieties, which is the main goal to guarantee seed purity. All its machines are at ground level, unlike the five-level old plant. This is a huge benefit for ease of operation and makes it a much safer facility to operate.”

The new facility will help producers obtain newer seed varieties faster and in larger quantities. Even better, its more specialized equipment will turn out a more uniform product, making the facility a great addition to the area’s support network for growers.

Agribusiness also has a hand in helping nonfarming industries take root in the Williston area. Projects as diverse as using soybean and canola oil to process renewable fuels to a potential new way to recycle saltwater from the Bakken Shale Play and turn it into different products are currently in development.

AIC Energy Corp. hopes to process 100 million gallons of renewable diesel and aviation fuel per year in the plant it now has under development. It will derive those fuels from soybean and canola oil. The plant, sited on an 87-acre parcel, is near the Trenton rail port, which would serve as its transportation hub.

The biorefinery’s operators received a $221,000 development grant from the North Dakota Agricultural Products Utilization Commission. They also are collaborating with the North Dakota Farmers Union to receive soybean oil for the plant’s initial production. Once up and running, the plant’s product will be blended with military-grade jet fuel, which AIC has said in media interviews that it plans to market to the U.S. Department of Defense as a sustainable jet-fuel product.

Another high-tech effort to reclaim and repurpose a byproduct is underway at Wellspring Hydro. It will take the super-salty water produced by the Bakken Shale Play and turn it into useful products such as hydrochloric acid, sodium hydroxide and even table salt. The company has received a $750,000 loan from the North Dakota Development Fund for engineering costs, moving the $170 million project closer to reality.

Commissioner Steve Kemp of the Williams County Board of Commissioners is the company’s primary owner. In an interview with the Williston Herald, he said that tests had been done at a pilot plant in Illinois with very promising results.

“We’ve actually seen the salt they’ve made from our Bakken brine, and it looks fantastic,” Kemp said. “It looks just like any salt you’d see on a table, which is consumable by humans, so that’s pretty pure.”