Skip to content
Home > ND > Williston > Love Where You Live > The Sky’s the Limit in Williston, ND

The Sky’s the Limit in Williston, ND

Williston, ND's new airport is double the size of its predecessor. 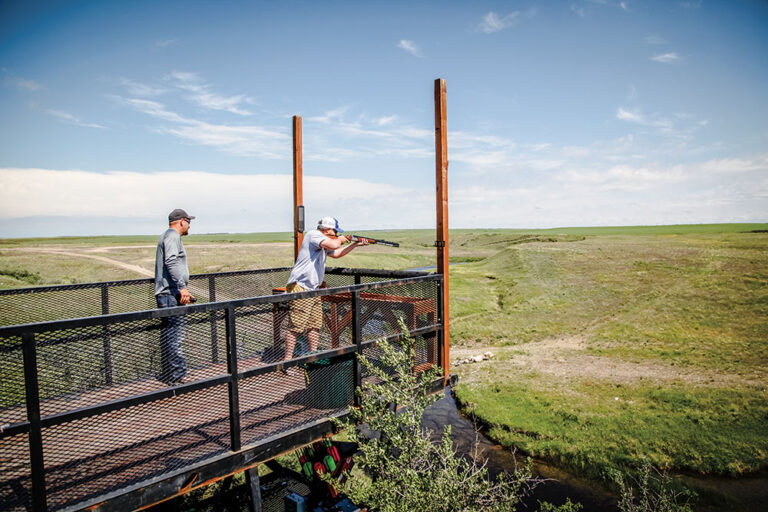 To keep up with the swift population growth that Williston has experienced over the last decade, the city and region had to invest in infrastructure, which included building a larger airport.>

The $275 million XWA is roughly twice the size of the now-closed Sloulin Field.

Sloulin Field sat on 803 acres, so an expansion of the old airport to accommodate the growing Williston population would not have been possible without impacting adjacent neighborhoods and businesses. As a result, Williston Basin International was built on 1,620 acres, about 5 miles northwest of Sloulin Field. A new bypass around Williston provides easy access to the new airport.

“The old airport opened in the late 1940s and was designed to handle small turbo-prop airplanes with 30 passengers or less, which was fine prior to 2010 for Williston and northwestern North Dakota,” says Anthony Dudas, director of Williston Basin International Airport. “But with the population boom due to the energy industry, Williston city leadership knew we needed a better airport for the future.”

Dudas says a feasibility study showed that constructing a new airport on a new site would cost about as much money as renovating and expanding the antiquated Sloulin Field.

“In addition, if we wanted to upgrade and expand Sloulin Field, we would need to close that airport for about two years to conduct the construction, which would slam the economy of this region,” he says. “Once we finally closed the old airport in October 2019 and sold the Sloulin Field land, it turned out to be less expensive to build the all-new XWA airport.”

Dudas points out that 50-passenger jets are about the smallest aircraft commercial carriers want to have these days, and Williston Basin International can handle aircraft that can accommodate up to 225 passengers.

The new airport features a 103,000-square-foot terminal that is more than 10 times the size of the terminal at Sloulin Field.

“We could only allow 41 passengers indoors (at Sloulin) due to fire code regulations,” Dudas says. “XWA has four passenger gates and three boarding bridges compared to just one gate at Sloulin Field. Every flight at Sloulin involved passengers walking outdoors in the elements to board planes. That can be rough in North Dakota when the temperature is below zero and the wind is howling.”

Amenities in the new XWA terminal include a full bar and restaurant, a children’s play area, comfortable lounge seating and a rental car facility. In 2019, the terminal handled 90,000 passengers, and there were strong expectations for those numbers to jump much higher in 2020 until COVID-19 hit.

“Our air carriers in early 2020 were Delta Air Lines and United Airlines, and the plan was to add more flights to our Delta and United lineups,” Dudas says. “COVID caused Delta to suspend operations in July 2020, but they still rent property from us and will certainly return when the time is right. In the meantime, United continues with daily flights to Denver for our customers.”

The Sky’s the Limit in Williston, ND

Williston, ND’s new airport is double the size of its predecessor.

Williston Basin International has a runway that measures 7,500 feet long and 150 feet wide, so it also handles freight-hauling carriers, such as Encore Air Cargo and FedEx Feeder.

“The airport architects who designed XWA made sure there is lots of room for growth on our property, including the opportunity to lengthen our runway another 1,000 feet,” Dudas says. “We also have plenty of space for private hangar development and commercial aviation business development, and we can install an additional eight more passenger gates onto the terminal. When COVID ends, this airport is really going to be amazing.”

If you’d like to learn more about the Williston, ND area, check out the latest edition of Livability Williston, ND.