An abundance of arts and cultural offerings plays a starring role in the city’s quality of life. 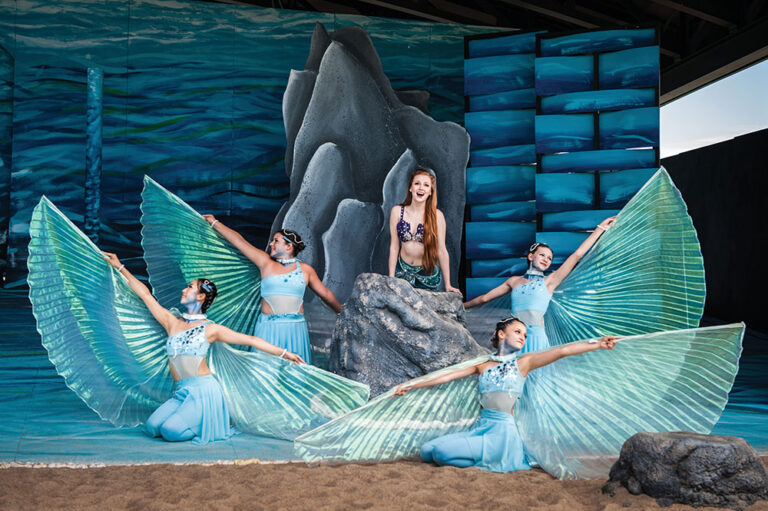 Kearney, NE, has a long-standing tradition of supporting local artists and embracing the integral role arts and culture plays in the city’s quality of life.

Kearney is home to an impressive number of galleries, museums, theaters and arts organizations as well as the University of Nebraska at Kearney (UNK), which boasts its own vibrant artistic community. Venues, including the Merryman Performing Arts Center, World Theatre and the Museum of Nebraska Art, also serve as artistic hubs.

“The arts serve as a way for people to express themselves and build community over shared interests,” says Emily Christman, a featured artist at Brickwall Gallery, a UNK alum and art teacher at Minden High School. “Galleries in Kearney such as the MONA, The Brickwalk Gallery and the Walker Gallery at UNK all serve as places for people to experience art as well as learn about art.”

Christman, a Kearney native who began painting at a young age, works in oil paint, graphite and charcoal. Her art explores a variety of subjects, focusing primarily on portraits and the human form. Christman says Kearney’s arts scene continues to grow as more local artists are being encouraged to pursue their craft.

“Kearney has a budding art scene that is growing a wonderful community of artists and performers around their shared love for the arts. The community is working to draw more individuals into the arts. For example, the Brickwalk Gallery has started offering classes to community members interested in learning artistic techniques,” she says.

Like Christman, Steven Barth, executive artistic director for the Crane River Theater Co., grew up in Kearney performing in stage productions as a child. After a stint in New York City, he returned home to Kearney and started the theater with his childhood friends.

Today, the theater company performs more than a half dozen plays and musicals per season at various venues across the city, including the World Theatre, the Merryman Performing Arts Center and Yanney Heritage Park. The company is also the founding group behind Kearney Cultural Partners, an arts collective made up of leaders of 23 of the city’s arts and cultural organizations.

“The art scene in Kearney is a wonderful community. The city is really supportive of all its local businesses, residents and local talent. The community lifts up everything that is generated from our own hometown, so the arts have always been highly regarded in Kearney,” Barth says.

“With the Cultural Partners, we are working together to help lift up each other’s events and share resources with one another. What we found as a result is that each one of our patron databases has grown, and each of our productions and programs and events has gained even more attendees.”

This cooperative spirit is not only good for artists but for the community as a whole, says Derek Rusher, CEO of the Kearney Area Chamber of Commerce and cofounder of Impact Art, a growing group of young artists who paint murals that help beautify the city’s streetscapes. Since its founding, the group has painted more than a dozen murals in Kearney and surrounding areas.

“With Impact Art, we’ve been able to fulfill our mission of creating positive public art and, at the same time, promoting the arts. We’ve also been able to give back to the arts community by mentoring young artists. We’ve had artists that have been middle school and high school age,” he says.

Rusher, who was an art teacher for 15 years before transitioning to the Chamber, says that in addition to improving a community’s quality of life, the arts can have a significant impact on economic development efforts.

“We know that people have intentionally traveled downtown to visit our murals and to take photos in front of our murals after and, once they’re downtown, they might also go dine at one of our restaurants or venture into one of our boutiques and do some shopping,” he says.