Skip to content
Home > NH > Manchester > Experiences & Adventures > 10 Things You Must Do in Manchester, NH

10 Things You Must Do in Manchester, NH

From hitting the slopes to brewery hopping or catching a Broadway show, Manchester is packed with fun things to do. 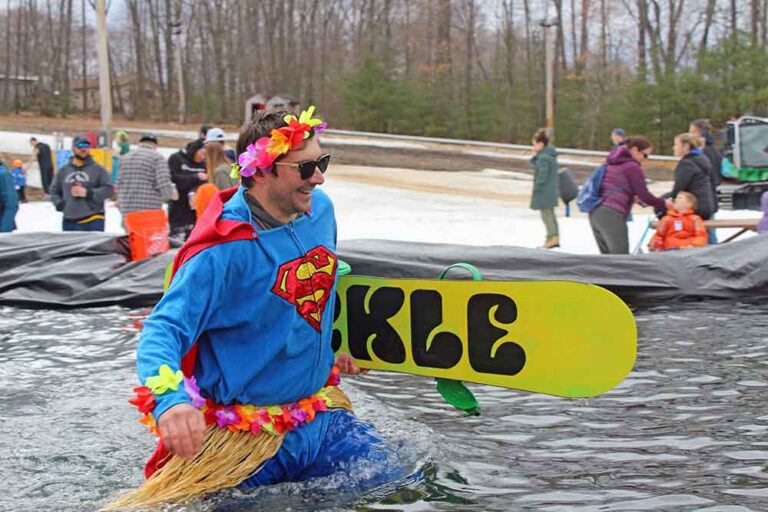 While Manchester, New Hampshire, is near Boston and close to the Atlantic Coast and the mountains, it’s also a destination in itself. It’s New England’s biggest city north of Boston and has become the cultural hub of New Hampshire. You could spend a whole long weekend in the Queen City and still not have made a dent in everything there is to do here.

“Overlooking Manchester on any trip to New Hampshire would be a mistake. The state’s largest city boasts the Granite State’s best cultural, culinary and sports offerings, while also surprising visitors with a number of outstanding outdoor recreational activities,” said Will Stewart, executive director at Stay Work Play New Hampshire.

From craft breweries and outdoor adventures to arts and culture opportunities, here are 10 things you must do in Manchester, NH.

1. Visit the Currier Museum of Art.

Explore this world-class museum featuring breathtaking fine art from American and European artists like Picasso, Monet, Matisse and more. The museum features rotating exhibits so there’s always something fresh to look at. While the museum itself is fantastic, you absolutely cannot miss a museum-led tour of two houses designed by the renowned architect Frank Lloyd Wright — the only Frank Lloyd Wright homes in New England open to the public.

2. Cheer on the Fisher Cats.

The New Hampshire Fisher Cats are the Granite State’s only professional sports team, and the Minor League Baseball team calls Manchester home. As the Double-A affiliate of the Toronto Blue Jays, the Fisher Cats have won three Eastern League championships. Enjoy a night of affordable, family fun at Delta Dental Stadium during the baseball season and feel the crowd’s energy as they cheer on the Fisher Cats. Over 150 Fisher Cats players have reached the Major League level, so you might just be watching the next big star.

There’s fun to be had at McIntyre Ski Area no matter the season. In the winter, people flock to the well-maintained slopes for skiing, snowboarding or snow tubing. Don’t know how to ski? They offer lessons! After a full day, the ski lodge offers delicious food and outdoor seating with fire pits to cozy up to. Summer brings live music, corn hole and trivia nights.

4. Watch a Broadway Show at the Palace Theatre.

Built in 1914 to resemble its cousin, the Palace Theatre in New York, this historic theater is not one to miss. It has hosted the likes of Harry Houdini and the Marx Brothers, and now features everything from popular Broadway shows like “Mama Mia!” and “Bye Bye Birdie” to film festivals, ballet shows and comedy performances. Check out the theater’s calendar for all upcoming shows and don’t miss the newly renovated 300 seat Rex Theatre. See the full line-up of tribute bands, Friday Night Comedy every Friday night and much more!

With over a dozen craft breweries in Manchester, it’s safe to say it is a beer lover’s paradise. Do a brewery crawl on your own or let the pros take care of it and book a 4-hour tour on the popular Manchvegas Brew Bus, where you will explore the best breweries, distilleries and even wineries the city offers. Taste your way through breweries like Pipe Dream Brewing, Great North Aleworks and Long Blue Cat Brewing, and at each stop you’ll receive special tour-only discounts and samples, swag or even free pizza.

For all the history buffs out there, the Millyard Museum isn’t to be missed. Located in the historic Amoskeag Millyard, the museum features a permanent exhibit that tells the story of the city of Manchester, beginning 11,000 years ago with the native people who once fished the area, and continuing through the founding of the Amoskeag Manufacturing Company, one of the biggest textile producers in the world. The museum also features rotating exhibits on a variety of Manchester-centric topics.

8. Dine Out in the Millyard District.

After your Millyard Museum visit, head to Cotton, voted the home of the best martinis in the whole state of New Hampshire. Cotton features a menu from award-winning chef Jeffrey Paige and has been named one of the best neighborhood restaurants in the Northeast by “Bon Appetite.” The food is constantly good (try the Retro Meatloaf with the all-you-can-eat mashed potatoes!) and be sure to order one of their many signature martinis.

Book a tee time at the newly-renovated Derryfield Country Club, an 18-hole regulation golf course that has welcomed golfers since 1932. Derryfield is one of only three municipally-owned golf courses in the state, and it is located in the heart of the city of Manchester. When you’re done golfing, the Derryfield Restaurant features seating on a deck overlooking the course, and in the summer, you can often enjoy live music.

Manchester is the artistic hub of New Hampshire, so why not explore all it has to offer and go on an art crawl? Using a handy map developed by The Orbit Group, visitors and locals alike can go on an artistic scavenger hunt and visit 31 art galleries, sculptures, murals and embellished cityscapes. The map is easy to use and color coded, and it’s a super fun way to get to know the Queen City. If you go, be sure to take a picture of your favorite piece and tag it #LuvMHTArt.