Learn from a local what everyday life is like in Manchester, New Hampshire. 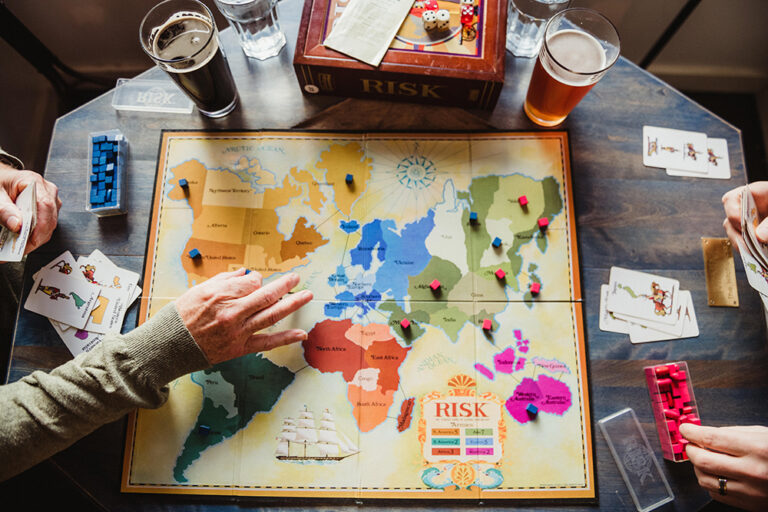 We spoke to a native of New Hampshire’s largest city who gave us a snapshot of what living in this flourishing city is like.

In a nutshell, Manchester has it all. Just an hour north of Boston, it has all the amenities of a big city while embracing a more small-town feel. Its prime New England location near both the beach and the mountains, its reputation as a tech hub and a thriving arts scene continue to draw in new residents every day.

To get a local’s perspective on what living in Manchester costs, we spoke with Keating Tufts, owner of the popular board game cafe Boards & Brews, which offers a full menu, as well as cocktails and a coffee bar.

Born and raised in Manchester, Keating now lives, works and plays in the area and is a new father.

Why did you choose to open a board game cafe in Manchester?

What are the best things about living in Manchester?

At the end of the day, I traveled the world, and you can appreciate different places for how cool they are, but after a couple weeks in other big cities, it’s hard to not think of Manchester as the perfect mix of everything. It’s the perfect mix of weather, you’re an hour from the beach, you’re 45 minutes from Boston, you are an hour from the White Mountains and three and a half hours from Montreal. And it has the bones of the Industrial Revolution in America with the mills, and it’s such a solid city. It’s got bones and it’s great and it can be built on. You have a lot of cities that are just stagnant.

Do you rent or own a home? What do you spend a month for rent or mortgage?

We just bought a house 6 months ago right before the baby. It’s right off of Bridge Street next to Derryfield Park. The mortgage is about $1,650. It’s a two-bedroom, single family, 100-year-old house. It’s old but it works.

I know many renters, and renting a one-bedroom apartment can be around $1,400 a month, and a two-bedroom can be around $1,800-$2,000. Rents have been going up — Manchester is one of the premiere spots. I have a friend who owns condos; he has three one-bedroom units and rented them out way faster than he anticipated at $1,800 per month.

How much would you say you spend a month on transportation?

Because we travel a lot, I guess for me for gas it would be about $75 a week. Add $10 for tolls, because you have tolls going to Concord and Nashua.

I go to every local coffee shop every week. I sell A&E Coffee, which consistently wins best coffee in New Hampshire, but we like to go to Hometown. It’s right next to the SNHU Arena. They’re a small-time local roaster with a nice space where you can sit inside. They’re both great. Flight Coffee in Bedford is probably the best coffee in the state, and the quality is just next level. Those are three really good coffee shops.

I like a black Sumatra blend. Black, medium roast, hot coffee — all year round.

What’s your favorite restaurant? How much would it cost to get dinner and drinks there for two people?

I gotta give a shout to North End Bistro. They’re a slightly lesser appreciated restaurant because they’re a little bit off the beaten path from where most of the foot traffic is. I’d say we’d spend around $60. It is the best place to eat. They have the best poutine in Manchester in my opinion.