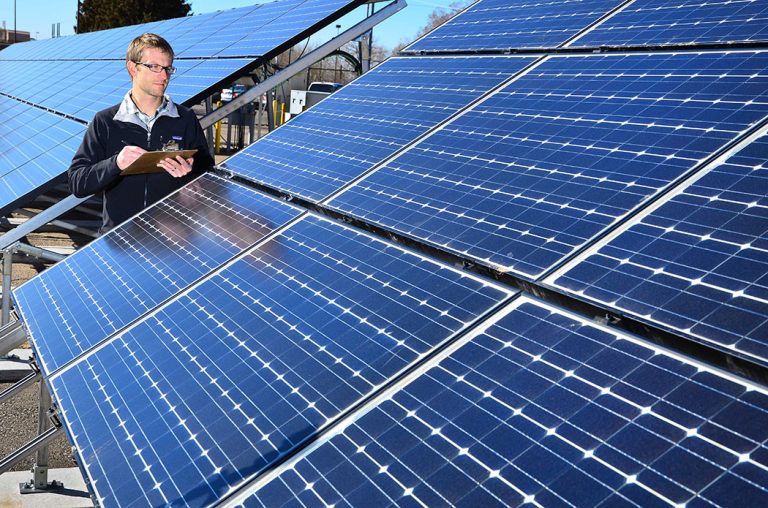 The Land of Enchantment is beautiful…and enchanting, with millions of acres of national forests and parks. Key drivers of the state economy include education, the federal government, healthcare, oil and gas production, technology and tourism, and New Mexico offers an impressive system of tax credits and technical assistance to foster job growth and business investment. Here are top employers:

More than 11,000 employees work at Los Alamos National Laboratory, one of the largest science and technology institutions in the world. The research at LANL is primarily targeted toward fields such as medicine, national security, renewable energy, space exploration and supercomputing.

What It’s Like Working at Los Alamos National Laboratory

With its main campus on Kirtland Air Force Base in Albuquerque, the 8,700 employees at Sandia National Laboratories mostly develop, engineer and test the non-nuclear components of nuclear weapons for the United States Department of Energy.

The University of New Mexico

More than 6,500 employees and 27,000 students make up The University of Mexico campus in Albuquerque, where degree programs are offered in more than 60 specialties. UNM also has branch campuses in Gallup, Los Alamos, Los Lunas, Rio Rancho and Taos.

The University of New Mexico Hospital

Founded in 1888, New Mexico State University is the oldest higher education institution in New Mexico, and today there are about 18,000 students and 4,000 employees. The main campus is in Las Cruces, and NMSU operates four community colleges.

Based on revenue, Intel Corp. is one of the world’s largest semiconductor chipmakers, and the American company has 3,600 employees in Rio Rancho. Intel supplies processors for computer manufacturers like Apple, Dell, Hewlitt Packard and Samsung.

About 3,500 employees work for Navajo Agricultural Products, which utilizes its 72,000 acres of land in Farmington to grow Navajo Pride products that are sold around the world and known for their organic qualities.

Three miles southeast of the downtown area is Albuquerque International Sunport, which serves Albuquerque and Santa Fe and handles more than 4.5 million passengers annually. About 3,000 employees oversee the facility, and top destinations from ABQ are Phoenix, Dallas and Denver.