Why You Won’t Want to Miss Los Alamos ScienceFest

Find out why you absolutely must check out the city's signature event: Los Alamos ScienceFest. 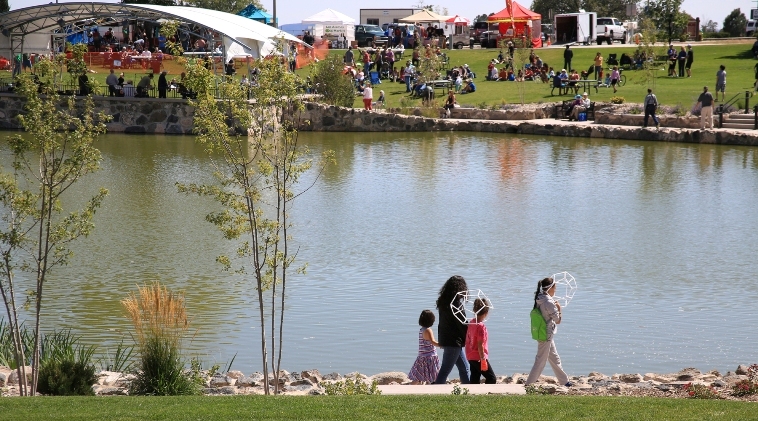 Celebrating the community’s fascinating history rooted in the Atomic Age, as well as more recent scientific advances, the Los Alamos ScienceFest is a can’t-miss event that draws more than 10,000 attendees each year. The festival combines education and entertainment, creating an unforgettable experience that attracts not only locals, but also residents from surrounding states like Colorado, Arizona and Texas.

How Los Alamos Changed the Course of History Forever

“The Los Alamos ScienceFest is the only science festival in New Mexico,” says Ryn Herrmann, marketing manager for the Los Alamos Commerce & Development Corp. “It ties together our city’s heritage and the Los Alamos National Laboratory’s scientific discoveries, so it gives attendees an interesting and unique experience.”

The 2016 festival will have an espionage theme, and attendees will have the opportunity to take a spy tour, which is new to the festival this year and offers a glimpse into places that aren’t normally open to the public. Plus, those who take the tour learn about other cities in the state with espionage-themed attractions, including Santa Fe and Albuquerque.

“There were two scientists who came to Los Alamos for the Manhattan Project during World War II and gave our secrets away to Russian spies,” Herrmann says. “We’ll show people where they lived and worked, and share a little bit of that story.”

What It’s Like Working at the Los Alamos National Laboratory

This year’s ScienceFest will also include an espionage panel discussion, plus live music and a beer garden at downtown’s Ashley Pond. The beer garden will host a Science and Suds event, where scientists from the LANL will discuss their work and answer questions from the audience.

“During last year’s Science and Suds, we had a casual conversation about Mars over beers, and it was very cool,” says Nina Lanza, a LANL scientist who gave a talk called Updates from Mars during the 2015 ScienceFest. “It’s just one of the many informal outreach opportunities we have here in Los Alamos.”

ScienceFest isn’t just for adults looking to learn about the latest and greatest in science and technology. It’s kid-friendly, too, with a spy movie showing at Ashley Pond; a Drone Zone obstacle course competition; a Rocket Day event, during which hundreds of model rockets are launched up to 5,000 feet into the sky; and a spy academy for kids. In addition, dozens of food vendors set up booths at the festival, and there are several interactive demonstrations designed to engage children and teenagers.

Finally, if you think ScienceFest is just for science and math enthusiasts, you’re wrong. The festival hosts a SMART Contest, which is a competition that’s open to artists age 18 and older from around the world. It’s free to enter, and competitors are tasked with finding an innovative way to demonstrate a scientific or mathematical concept using artistic media. A local panel of judges selects winners (who are awarded with cash prizes), and their works are on display during ScienceFest in the Los Alamos Creative District.

You don’t want to miss out, right? This year’s ScienceFest takes place July 13-17, and more information is available at www.losalamossciencefestival.com.