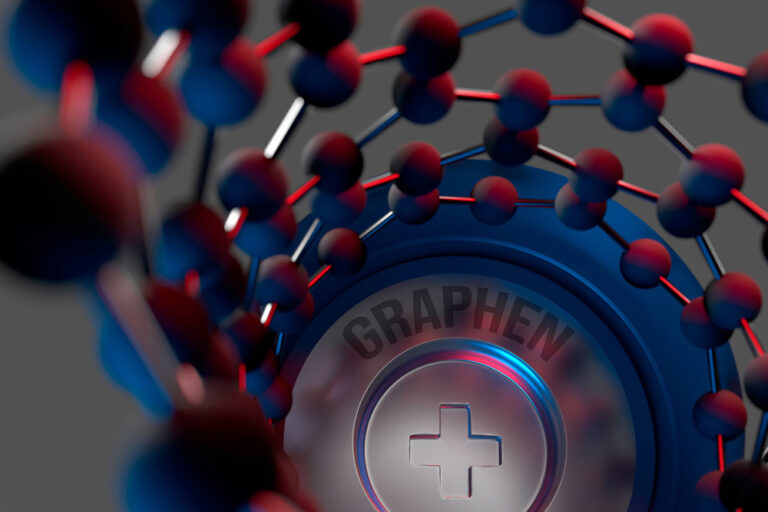 Northern Nevada start-ups garnered a record $1.4 billion in external funding in 2021, more than 15 times the amount raised the year before. Why do so many start-ups start, grow and thrive in Reno? Read on.

Nine years have whizzed by since Reno’s Startup Row became a thing. Granted, it was a small thing by today’s standards, but it was the beginning of Reno’s evolution from a casino-driven economy to a veritable start-up mecca.

The pivot away from Reno’s once-unflappable casino industry was the solution to a very big problem: Reno had most of its economic eggs in one neon lights-lined basket. When the recession hit in 2008, that basket was obliterated. And though initially devastating for businesses and the real estate market alike, smart, entrepreneurial-minded people saw big opportunity in Reno — and so Reno’s reinvention began.

By 2013, a collection of start-up businesses began to cluster, collaborate and grow in the Biggest Little City. Reasons included Nevada’s business-friendly taxes and incentives, and an abundance of inexpensive office space. Also alluring were the proximity to the West Coast and the promise of the coveted work-life balance, given the region’s year round outdoor recreation. Other start-ups started noticing, too, and following the newly blazed trail.

8 Reasons To Scale Up Your Start-up In Reno, Nevada

When companies like Tesla, Microsoft, Panasonic, Switch and Google decide that Reno, Nevada, is a smart place to do business, start-ups sit up and take notice — and then follow… END_OF_DOCUMENT_TOKEN_TO_BE_REPLACED

Now, onto that show-stopping, jaw-dropping figure: $1.4 billion in external funding among Reno start-ups just last year. It’s a huge testament to the ever-growing triumphs and the vibrant, supportive start-up community that’s blossomed in less than a decade. Founders of manufacturing and technology companies like Tesla, SoFi and WorkDay have found fertile ground in Northern Nevada, spinning off tech successes Redwood Materials, Figure and Ridgeline, each of which has attracted top investor dollars. Redwood Materials, the battery recycling firm founded by a former Tesla executive, led the way with a whopping $750 million in Series C funding last year. A financial technology company came in second on the list with $200 million in Series D funding, and a gaming start-up that raised $116.5 million in venture funding rounded out the top three.

Having learned from history, Reno very deliberately focused on diversifying its start-up portfolio to include several industries. This strategy contributed greatly to the record $1.4 billion investment total and has helped businesses off the ground in industries like advanced manufacturing, biotech, fintech, e-commerce and software as a service (SAAS), to name a few.

Reno, NV, is helping lead the charge for cities across the country to act against climate change.

Speaking Of Success In Reno…

One of Reno’s start-up darlings, Nanotech Energy — a leading manufacturer of graphene and the sole producer of non-flammable, graphene batteries — raised $64 million in Series D funding in 2021. Dr. Jack Kavanaugh, chairman, CEO and co-founder of Nanotech, spoke about the company’s expansion in Reno.

“Reno’s start-up scene is smokin’ hot,” Kavanaugh said. “Surrounding businesses and state government exude a can-do attitude. It took us three days in Reno to do what took us one and a half years in another location. It’s very business- and job-friendly.”

Accordingly, the energy company is in the midst of expanding its operations, building a 517-acre manufacturing plant just east of Reno in the Tahoe Reno Industrial Center. Once it is built out in about five years, the campus is projected to bring upwards of 1,500 jobs to the area, including manufacturing, research and engineering opportunities.

“I love the approach Nevada is taking,” Kavanaugh said. “I can see a lot of businesses moving to the Reno area.”

Another start-up with its own take on “Why Reno?” is Talage, a Submission Management Platform (SMP) that is streamlining the process of selling commercial insurance (much like Kayak has done for booking travel).

Adam Kiefer, the company’s co-founder, described Talage’s path to Reno this way: “We came for the mountains, lakes and lifestyle Reno offers, and stayed for its business tax implications and government assistance.”

We couldn’t have summed it up any better.

Why I Built My Business in Reno, Nevada

These business owners came for the lifestyle but appreciate all the perks of doing business in Reno.

Reno’s Workforce Is Leveling Up, Too

As start-ups continue to flock to Reno, the area’s workforce continues to grow, diversify and hone the necessary skills to support incoming industries such as technology, manufacturing and renewable energy.

A few major factors are driving the uptick. For starters, the University of Nevada Reno has experienced exceptional growth in computer science, mechanical and biomedical engineering, plus other fields like AI and blockchain. In fact, the Carnegie designated  Tier 1 school of more than 17,000 students ranks in the top 5 fastest growing universities in the nation, and its school of engineering has doubled in the last three years alone.

Another factor bolstering Reno’s workforce is the abundant local educational opportunities in technology, manufacturing and other skilled trades. Accredited schools include Truckee Meadows Community College, Western Nevada College and the Career College of Northern Nevada, among others. These schools are fully ingrained in Reno’s business community, working closely with companies to shape curriculum for today’s world and to pair promising students with specific skill sets with employers in need.

Finally, cost of living and quality of life are two additional factors helping bring Reno’s start-up scene full circle. Because Reno is an affordable place to live compared to other start-up hubs like Silicon Valley and Manhattan; because the city consistently lands on Best Places To Live lists; and because there are thousands of incredible job opportunities and counting, the Biggest Little City has become uncommonly common ground for both talented workers and start-up happily-ever-afters. Like yours.

Part of the beauty of starting a business in Reno, or expanding there, is that you can be a pioneer in your field instead of jumping through hoops to get set up. Resources abound, including the start-up team at the Economic Development Authority of Western Nevada and its workforce resource. The way we see it, if a company the size of Nanotech can cut the red tape from one and a half years down to three days, imagine what your start-up can accomplish.

After all these years, the early history of Jackpot still hints at the unique character of this scenic, high-elevation town in northeast Nevada.  In the 1950s, when Idaho outlawed casino… END_OF_DOCUMENT_TOKEN_TO_BE_REPLACED