Students in Dayton, OH, Build a Life in the Region Post-Graduation

Affordability, low-cost activities and a bustling downtown are just some of the reasons students choose to stay in Dayton after graduation. 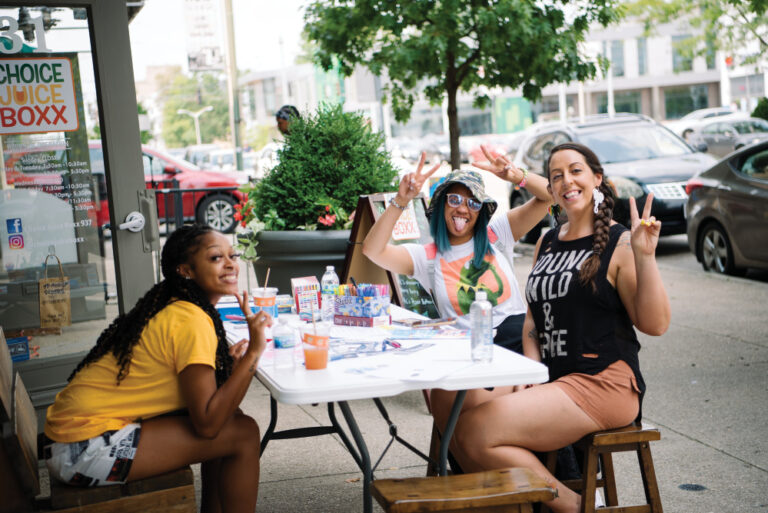 Standout higher education institutions, like the University of Dayton, Miami University and Wright State University, attract thousands of students to the Dayton region each year. But while these institutions are an initial draw, many students fall in love with the region’s other positive qualities and choose to launch their career and put down roots after graduating.

Dayton rolls out the welcome mat to relocating young professionals by offering them a diverse menu of resources.

One of them is Jen Clark, who spent the latter part of her childhood in the suburbs of Chicago and enrolled at the University of Dayton in 2009, earning her bachelor’s degree in early childhood education in 2013. While she began teaching in Hamilton (a city about 45 minutes southwest of Dayton), she realized early on that she needed a career change.

In 2015, after obtaining a job with her alma mater as the volunteer manager, she moved back to Dayton and lived with another former student downtown.

While she is now the university’s director of digital marketing and lives in an apartment on the border of Dayton, Kettering and Oakwood, she and her fiancé have no plans to leave the region.

“Dayton has all the best things about any major city but in a smaller spot,” Clark says. “On top of that, it’s affordable, easy to get around, you can always find something going on. I just think Dayton is so unique and wonderful.”

In terms of housing, the median home price in the Dayton MSA in 2021 was $195,000, which is well below that of Cincinnati, Columbus and Cleveland. Plus, residents can find a vast selection of beautiful homes in various styles throughout the region. And for those who prefer downtown living, affordable luxury apartments are also available. For example, a studio at The View at Dayton Towers starts at $810.

Housing isn’t the only thing about Dayton that’s easy on the wallet. Free and low-cost activities – such as First Friday, a free arts-themed event held downtown each month that features gallery exhibits, street performances and art demonstrations – can be found all over the area, and residents are hooked on the city’s thriving restaurant scene, breweries and artistic attractions.

“That’s one of my favorite parts about downtown,” Clark says. “Whether it’s the Celtic Festival or the Germanfest, there’s just always something going on.”

Additionally, while Clark’s family remains in Chicago and on the East Coast, Dayton International Airport makes visiting them a breeze.

“You don’t need to be there as early as other bigger airports. The parking’s easy. It’s cheap,” she says.

Another fan of Dayton’s mobility is Logan Krause, who moved to Dayton from Arcanum, Ohio, in 2015 to get his computer science degree from Wright State University. He’s now been in the region seven years.

“Between multiple interstates that cross through Dayton, it’s easy to get where you need to go quickly, especially coming from a small town in the middle of farmland,” he says.

An internship at Altamira Technologies during his senior year led to a full-time job, and he transitioned to working as an engineer for Ball Aerospace in early 2020. Both Krause and Clark can attest to the excellent job opportunities available in Dayton, which have only grown in number. Between 2010 and 2019, the region added nearly 40,000 jobs.

While many factors kept Krause in Dayton after graduation, affordable housing and friendly, supportive neighbors have “played a huge role” in why he plans to stay, as he is now married and has a baby on the way. And while he and his wife haven’t looked into K-12 schools just yet, he says he likes that Dayton is flourishing with different events and clubs for kids.

“I really wish I had some of those opportunities growing up,” he says.