New developments in the region are building a better Dayton for all. 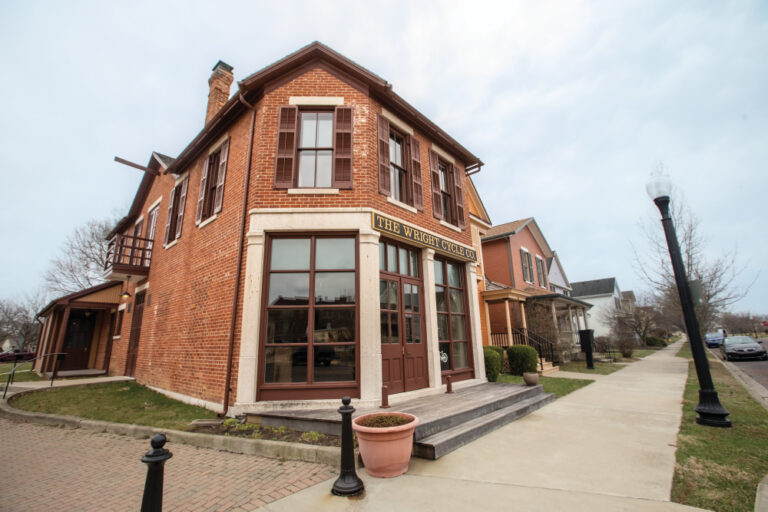 When settlements in Dayton turned into productive neighborhoods at the turn of the 19th century, the rivers were a strong economic attraction. But as infrastructure became more complex, and the city’s socioeconomic and ethnic communities shifted farther and farther apart, the river became a border, dividing the city into east and west.

Today, efforts are underway to correct the long-overdue inequity between neighborhoods. One emerging community serves as a prototype for developers and civic leaders.

Wright Dunbar is named for its two most famous historical neighbors – the Wright family and their high-flying sons, and Paul Laurence Dunbar, the first internationally renowned African-American poet and writer.

“The board-run organization is the catalyst and facilitator for economic revitalization and urban reinvestment within the district,” says Erica Hubler, WDI real estate director. “The organization has not only been a driving force in saving the fabric of Wright Dunbar and helping facilitate development, but also is the biggest cheerleader for the importance of this historic neighborhood to the Dayton community.”

Established in 2000, the organization’s main priority was to promote and develop the Wright Dunbar Commercial Historic District. Much of the early work hinged on preserving the historic building fabric that existed along the corridor. Many of the buildings were in severe disrepair and owners were not maintaining the properties. WDI worked to acquire and stabilize the buildings, repairing roofs and dangerous structural issues to make them more viable candidates for redevelopment.

“Through the years, WDI worked with developers to generate renovated first-floor commercial spaces as well as create affordable apartments on the upper levels of the historic buildings,” Hubler says. “Many successful businesses and service providers are now located within the district serving not only the neighborhood, but greater West Dayton and downtown.”

One of the latest projects finds adaptive reuse for a historical property and creates economic opportunities for aspiring entrepreneurs.

The W. Social Tap & Table is a joint venture between WDI and Dillin Corp. The $2.1 million project in a 6,700-square-foot building will be the first food hall in Dayton.

Located adjacent to the Aviation Heritage National Historical Park, the new food hall will house seven local independent restaurants, a coffee shop and bar, while offering both indoor and outdoor dining spaces. “The goal of this project is to create a sustainable business supporting local entrepreneurs while adding much needed food choices to West Dayton. The seven restaurants will also support the growing residential neighborhood as well as the continued growth, investment and redevelopment of the business district,” Hubler says.

The Food Hall Project, which will serve as a launchpad for several Black-owned businesses, was funded through private investment, equity and the City of Dayton West Dayton Development Trust Fund.

This is the first “spoke” in the “wheel” of future satellite locations stemming from The Hub at the Arcade incubator. “The incubator offers access to working space, consulting, training, capital and other resources, with a focus on the Greater West Dayton area,” says GWDI Director Whitney Barkley.

Unique communities across the Dayton region are appealing to newcomers.

Businesses not only have access to consulting services, but microgrants infuse much-needed capital into businesses that have historically been cut off from traditional lending sources.

“Knowledge about the resources in the community is power, but my goal is to help our entrepreneurs access and apply that knowledge to create visible, profitable and sustainable businesses that secure legacies for years to come,” Barkley says.