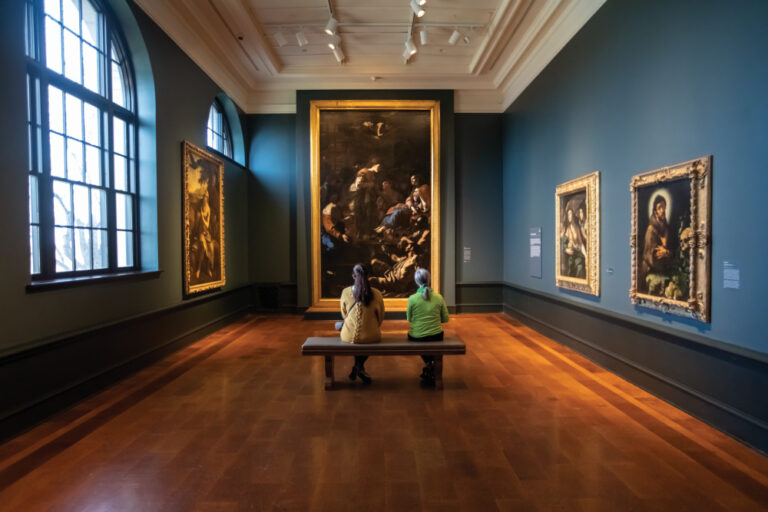 Visitors to the Dayton region are quick to notice the depth and breadth of arts and cultural attractions available in the midsized, Midwestern city.

Community leaders have long touted the accessibility of the arts in Dayton, making this affordable region the ideal location for those looking for a bevy of visual and performing arts entertainment without the big-city price tag.

“We are trailblazing a lot of new programming, even with the after effects of the pandemic shutdown,” says Andre Bennington, director of programming and licensing for Dayton Live. “We would like to change the past narrative that people in Dayton need to travel to see big-name, popular artists. We can have them right here in our own backyard.”

Organizations strive to deliver even broader, more diverse offerings to the Dayton community. Residents have shown support for creating new paths to access the arts, including contributing to the new Levitt Pavilion in the heart of downtown Dayton. The amphitheater puts on free music performances weekends during the summer months, and the Levitt staff is constantly challenging itself to reach out to new groups of people through its offerings.

“When we approach the curation of our season lineup, we are intentional in programming a highly diverse concert season,” says Levitt’s executive director, Lisa Wagner. “Our goal here is to bring as many people as possible from our community together on the lawn, so that these intersections and connections will strengthen our community over time.”

It’s not just touring artists taking the stage in Dayton. More efforts are underway to shine the spotlight on local talent, as well.

Kevin Carter is a co-owner of The Black Box Improv Theater and founder of the For Dayton By Dayton music festival. Carter says having the opportunity to perform in one’s hometown can be incredibly validating for that artist, which inspired him to create the summer music festival.

“Most festivals in Dayton bring in a lot of out-of-town artists to perform here,” he says. “I want to give local artists a chance to perform on the big stage – and elevate hip-hop music.”

Dayton’s visual arts game is no exception. The scene here is as diverse as the artists themselves. Galleries abound across the region, from the historic and nationally regarded Dayton Art Institute to smaller pop-up installations lining the walls of shops and restaurants.

Eva Buttacavoli is the executive director of The Contemporary Dayton (The Co), the region’s contemporary art center. The Co produces and presents original exhibitions and programs, art events, community partnerships and artist opportunities.

Many of the murals that grace facades of downtown Dayton’s buildings were commissioned through the Urban Art Intersections program, which The Co helped create.

Buttacavoli advocates for equity through art for the betterment of the entire region.

An Americans for the Arts’ arts and economic prosperity survey revealed the industry has a $213.7 million impact in the Dayton region, supports 8,829 full-time equivalent jobs, and generates $23.9 million in local and state government revenues. Although the impact the arts has on the region can be quantified in economic support, cultural connections are usually what draw people to the region.

“Arts centers stabilize communities,” Bennington says. “I believe that Dayton Live and many other arts organizations contribute to a thriving downtown. If people are to work and play here, live entertainment is a big part of that draw.” 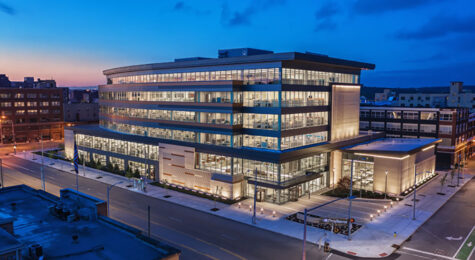 CareSource is Caring at its Core