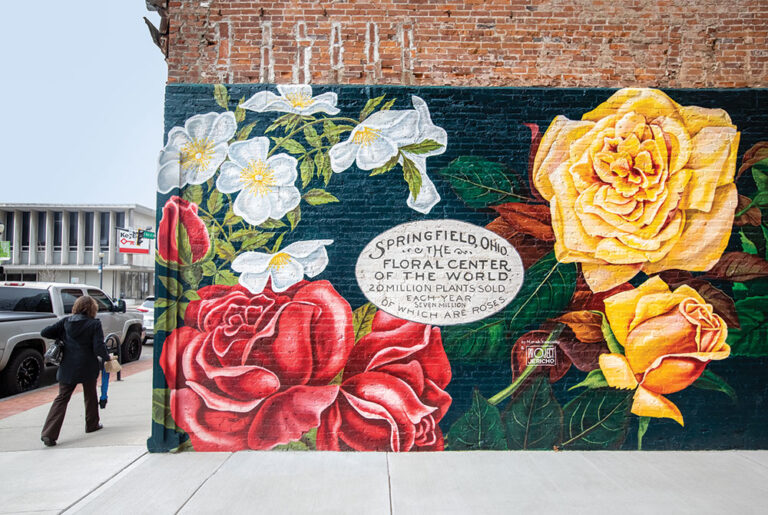 You’ve just unpacked the boxes and settled in to your home in Dayton, OH. Now you are eager to explore your new city. Or maybe you’re a long-time resident who’s looking for unforgettable staycation activities.

Either way, we’ve got seven amazing attractions for you to explore:

About 1 million people arrive in the Dayton area each year to visit the world’s largest and oldest military aviation museum. The air, space and cyberspace museum is open every day except Thanksgiving, Christmas and New Year’s. The hours are 9 a.m. to 5 p.m., and admission and parking are free.

Highlights include several interactive exhibits, a flight simulator, a digital 3D movie theater and more than 340 aircraft. The aircraft include a Nighthawk stealth fighter and the only former nuclear-armed Valkyrie jet still in existence.

In addition, visitors can see a historical collection of aircraft used by presidents ranging from Roosevelt and Kennedy to Nixon and Reagan. And you can see the Apollo 15 Endeavor space module that orbited the moon 74 times in 1971.

In Miamisburg, the Mound Science & Energy Museum Association has established the Mound Cold War Discovery Center, with displays that showcase the people, research and manufactured items affiliated with the secretive Mound Laboratory that operated during the Cold War. Besides all its radiation and espionage research and work, Mound Laboratory also built components for NASA rockets to fly to Mars, Jupiter, Saturn, Uranus and Neptune.

Several exhibits highlighting the origins of rhythm-driven musical funk that was so popular in the 1970s and early 1980s are on display at the Funk Music Hall of Fame & Exhibition Center in Dayton. Many African American musicians are honored at the museum, including Sly and the Family Stone, the Ohio Players, Kool & The Gang, Parliament-Funkadelic, Shirley Murdock and Junie Morrison.

Dedicated to a more equitable, civil and peaceful world, Dayton International Peace Museum opened in 2004 and is the only brick-and-mortar peace museum in the Western Hemisphere. Its programs and exhibits focus on themes of conflict resolution, equity, social justice, tolerance and protecting the natural world. Highlights include the Dayton Peace Accords, which led to the end of the war in Bosnia.

Designed for children, Boonshoft Museum of Discovery in Dayton is an interactive science and technology center and zoo that features playtime exhibits, such as a Veterinary Clinic, Recycling Center & Landfill, Pizza Kitchen and Car Repair Shop. The Discovery Zoo has more than 150 animals, including sloths, foxes, river otters, meerkats and eagles. The Astronomy Department hosts traditional planetarium shows and full-dome films.

One of the premier Audubon nature preservation sites in the U.S. is Aullwood Audubon, which features an Aullwood Nature Center, Aullwood Farm and Aullwood Nature Sanctuary. The property is named for 19th-century Dayton area landowner and conservationist John Aull, and one of the most popular sites today is the farm that includes cattle, turkeys, goats, sheep, a duck pond, a chicken coop, a brood house and a bee yard.

Ready to explore more of what living in Dayton, OH has to offer? Check out the new edition of Livability Dayton, Ohio.