The fourth-largest metropolitan area in Ohio offers a number of highly livable places. 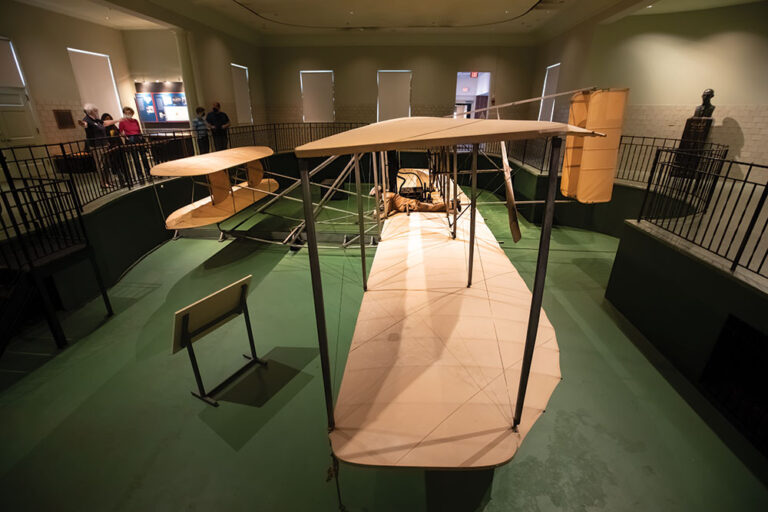 If you’re thinking about moving to Dayton, OH or its surrounding communities, you have plenty of great options.>

We invite you to take a tour of the region before landing on the perfect location.

This county (population: 531,236) offers many livability advantages for residents. The county includes Dayton, the hub of the region, as well as cities such as Huber Heights, Kettering, Miamisburg, Oakwood, Riverside and Trotwood. Major employers include Premier Health, Kettering Health, LexisNexis and the University of Dayton.>

Nicknamed “Birthplace of Innovation” because of its connection to the Wright Brothers, Montgomery County hosts many youth and amateur sports tournaments. A robust downtown, 300+ miles of bike trails and parks contribute to its quality of life. Keep Montgomery County Beautiful, an organization that works to keep the area’s neighborhoods clean, was named a winner of the Keep America Beautiful 2020 President’s Circle Award.

This fast-growing county (population: 234,602) has earned a reputation for its quality schools and standout communities. Warren County includes the county seat of Lebanon and cities of Franklin, Mason and portions of Loveland, Middletown, Monroe and Springboro. The median home value is $295,000, according to Zillow.

The Warren County Parks District has more than 1,600 acres of parks and natural areas. A number of major attractions, including the Kings Island amusement park and Great Wolf indoor water park, are in Warren County. 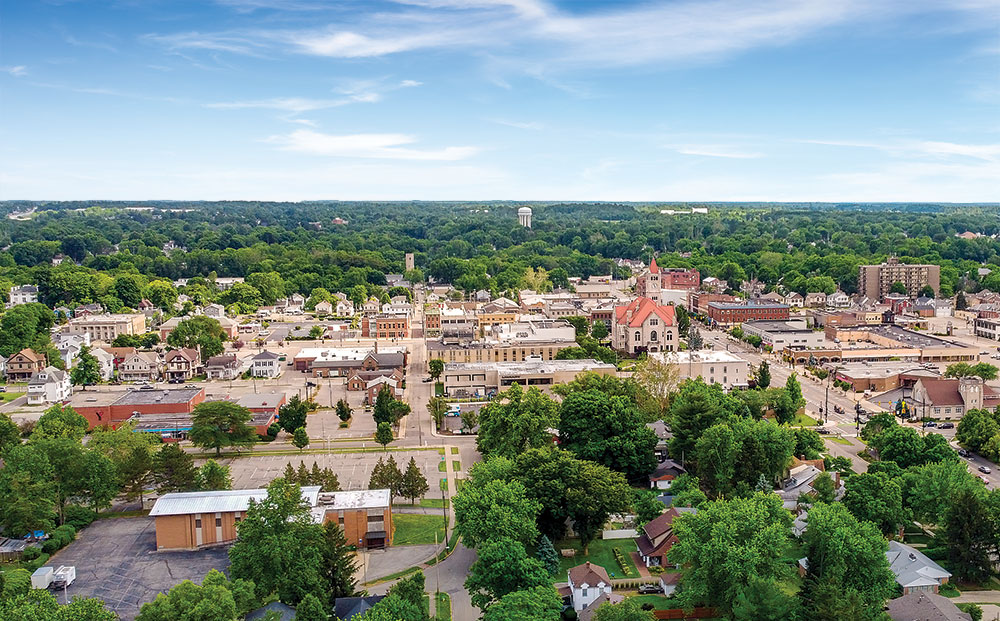 Named for Revolutionary War Gen. Nathanael Greene, the county seat of Xenia along with Beavercreek are the two largest communities in Greene County. The community is home to Lewis A. Jackson Regional Airport. The main employer in Greene County (population: 169,043) is Wright-Patterson Air Force Base. The community offers a number of higher education options, with campuses for Wright State University, Central State University, Clark State College, Antioch College, Cedarville University and Wilberforce University. Outdoor recreation is abundant, thanks to 3,000 acres of parkland, 62 miles of paved multiuse trails and 36 miles of river trails.

With 25 places listed on the National Register of Historic Places, Darke County (population: 50,973) is a picturesque community that is the birthplace of American sharpshooter Annie Oakley. The city of Greenville serves as the county seat, and a few employers in Darke County include FRAM Group, Midmark, Wayne HealthCare and Whirlpool Corporation. A popular attraction is Eldora Speedway, a high-banked clay racing oval in New Weston that opened in 1954 and today is owned by three-time NASCAR champion Tony Stewart. “The Big E” Speedway hosts numerous stock car events throughout warm-weather months. 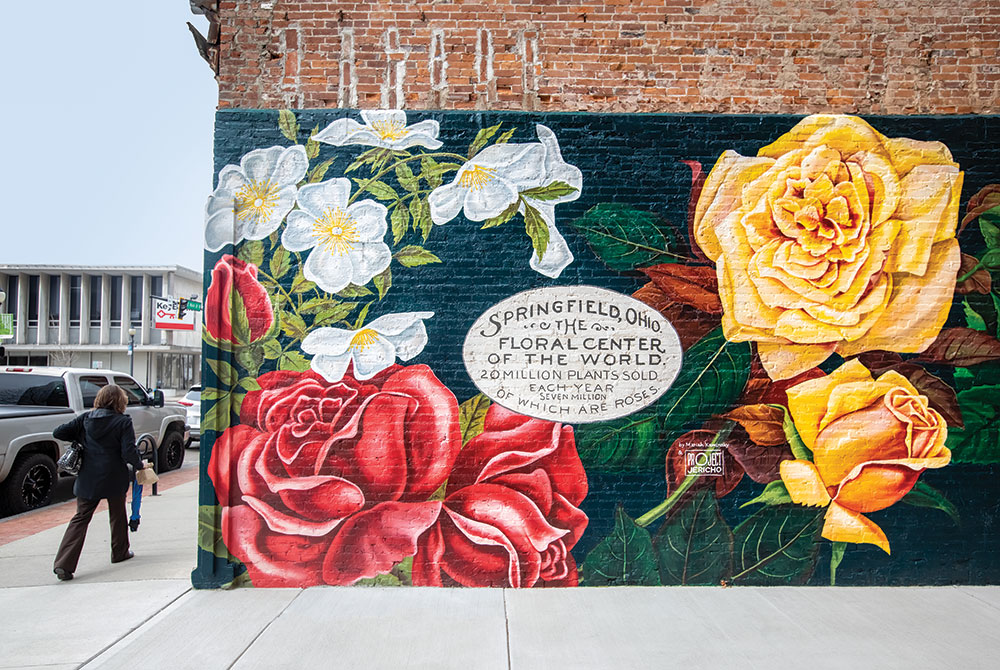 Springfield serves as the county seat of Clark County, one of just two cities â€“ New Carlisle is the other â€“ in the 400-square-mile county. Clark County (population: 133,781) takes its name from George Rogers Clark, a military officer in the Revolutionary War. Major employers within the county include Dole Fresh Vegetables and Navistar. The county is home to Clark State College and Wittenberg University, a private liberal arts college in Springfield. Seven public school districts serve the county.

Meet the Jewel of Ohio

Named for the French word meaning “open country,” Champaign County (population: 38,475) includes the city of Urbana â€“ the county seat â€“ along with six villages and 12 townships. Major companies in the county include KTH Parts Industries, ORBIS Corporation, Rittal Corp. and Bundy Baking Solutions. The county is home to Urbana University, which offers a number of four-year and advanced degree programs. One of the main outdoor recreation highlights is fly fishing along the Mad River. A strong agricultural heritage includes more than 200,000 acres currently being farmed. Also serving the region is Grimes Field Airport, a general aviation facility. Mercy Health-Urbana has been serving the area since 1951. 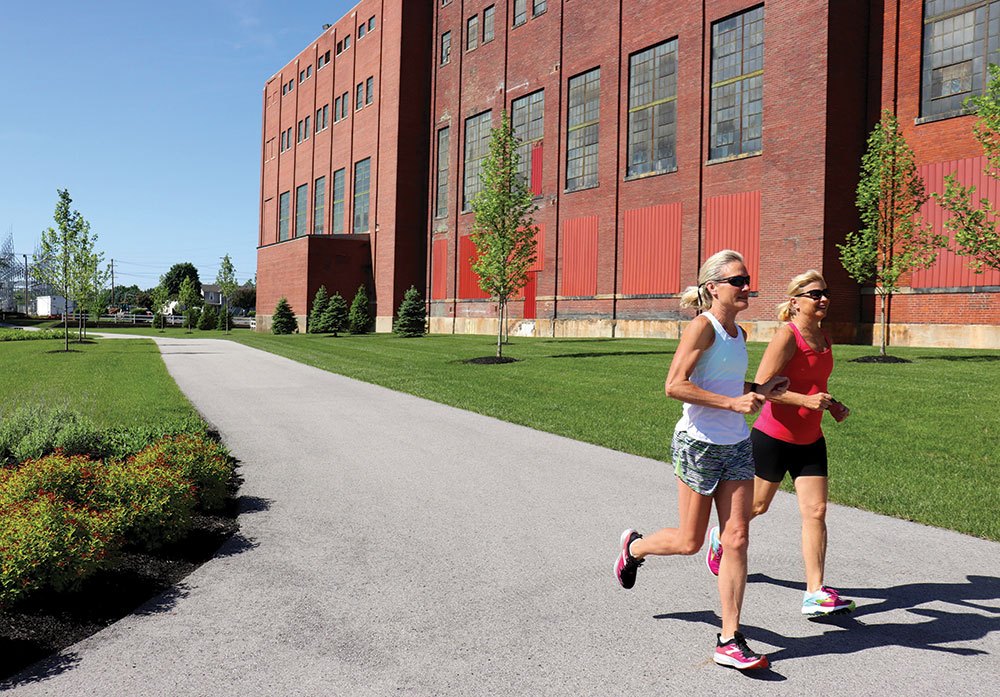 Located centrally between Columbus, Cincinnati, Toledo and Indianapolis is Mercer County (population: 40,953), whose county seat is Celina and whose agriculture industry has prospered since the 1820s.

Preble County (population: 40,882) boasts an abundance of housing options and among the lowest cost of home ownership of any major metropolitan suburban area in the country. The median home value, according to Zillow, is $154,000, just 53% of the national average. Its central location puts it within driving distance of several major metropolitan areas, including Dayton, Cincinnati, Columbus and Indianapolis. The city of Eaton is the county seat. Major employers include Timken Steel, Silfex, Bullen Ultrasonics and Henny Penny.

Established in 1819 and situated in what is considered the Heartland of Ohio, Shelby County (population: 48,445) has a long history of agricultural success that continues to this day. The city of Sidney serves as the county seat, and officials are proud the entire county has retained its small-town feel while still providing easy access to larger Ohio cities and their amenities. Employers in Shelby County include Airstream, Emerson Climate Technologies, Honda of America and Wilson Health. Popular recreation attractions include Canal Feeder Trail and Benjamin Trail, both in Sidney.