Unique communities across the Dayton region are appealing to newcomers. 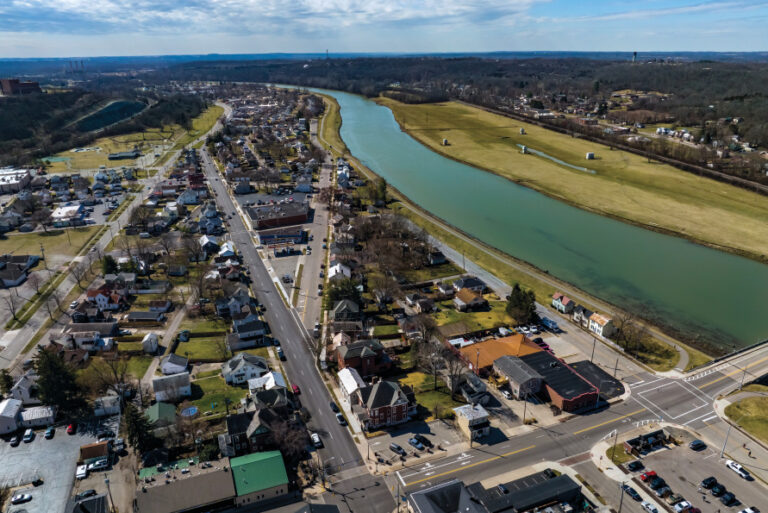 Citizens who are engaged are the backbone of any thriving and livable community, and Dayton is known to be one of Ohio’s hidden treasures. One of the Dayton region’s appeals is its diverse community collection. Communities across the region appeal to families because of their housing affordability and quality schools. Many of these communities also feature revitalized central business districts drawing development and serving as community gathering places.

Miamisburg in Montgomery County has experienced redevelopment in its historic downtown and riverfront over the past few years. This community of around 20,000 combines a small-town feel with rich historic roots.

“We like to say in Miamisburg that we are the only community outside of Dayton with a historic downtown district. For the last 20 years, we’ve spent a lot of energy on the redevelopment,” says Chris Fine, City of Miamisburg development director. “Downtown used to be the center of commerce for small towns like us. People have memories of the old buildings. Revitalization brings that back.”

With revitalization comes a resurgence of a new generation.

“I think there is a shift happening. People feel comfortable walking their kids and dogs on a leisurely day; that’s a good sign,” Fine says. “The new generation gravitates toward small mom-and-pop restaurants. They want the urban experience, and they want to walk to bars and restaurants. We’re seeing an uptick in those types of individuals, and we think one of the reasons is the proximity to downtown. We don’t have data to prove it, but anecdotally and through observations, that’s the case.”

Troy in Miami County has also seen a renaissance, thanks in part to a lot of redevelopments that brought renewed vitality to its downtown.

“I attribute a lot of redevelopments to my predecessors. I came into this position at a time when it’s starting to boom,” says Andrea Keller, executive director of Troy Main Street. “We do not have a lot of vacancies downtown. The buildings get leased or sold very quickly, which is great. But I know that doesn’t just happen overnight.”

Keller cites The Gentlemen of the Road Stopover Tour of 2013 that brought folk rock band Mumford & Sons to Troy as a catalyst for instilling new pride residents have in their downtown.

“They got to see a glimpse of what it could be,” she says. “We are still reaping the benefits.”

Troy Main Street has continued to work with downtown businesses to support the community. The organization established consistent events and are planning murals with the hope of creating destination spots throughout the city.

In 2021, Troy added a Designated Outdoor Refreshment Area (DORA) to its downtown, allowing people to purchase drinks at designated vendors and take them outdoors or other DORA establishments.

“We sought DORA to increase foot traffic and support our businesses. There is a lot of cross-promotion that businesses can do,” Keller says. “DORA promotes community among our downtown businesses because they can work together. But it also creates a social environment for our residents and visitors. When downtown concerts and events are happening, people can get a drink and take it with them – they’re more likely to hang out and stay downtown.”

Many families and young professionals live in Huber Heights for its affordability and rural feel but also its many amenities.

“We’ve seen several millions of dollars’ worth of commercial investments,” says Bryan Chodkowski, assistant city manager. “This is not something we’ve seen in this concentration in years past. In general, these developments have continued to propel our city as a regional leader and enable us to continue to invest in our parks, infrastructure and citizen engagement. We think that it’s a perpetual cycle – starting with investments that generate growth, which then provide revenue and resources to make additional investments to expand citizen engagements.”

One of the city’s most significant investments to date was the Rose Music Center at The Heights. Chodkowski says it was Mark Campbell, vice mayor and council member, who had the vision of how a professional concert venue could serve the community and generate revenue.

“It has since outperformed all metrics. We continue to use generated revenues, approximately $1.2 million annually in net profits,” Chodkowski says. “The Rose Music Center has been a successful venture, making it possible for us to reinvest in the community without having to increase taxes or assess fees associated with park use.”

In Yellow Springs in Greene County, entertainer Dave Chappelle is opening a restaurant and comedy club. Chappelle, who grew up in Yellow Springs, plans to transform a former Miami Township Fire Station into a restaurant called Firehouse Eatery and a comedy club called Live from YS. His intent with the comedy club is to create a space where aspiring artists can nurture their talent close to home.