Discover six destinations where you can soak up Dayton’s vibrant arts and culture scene. 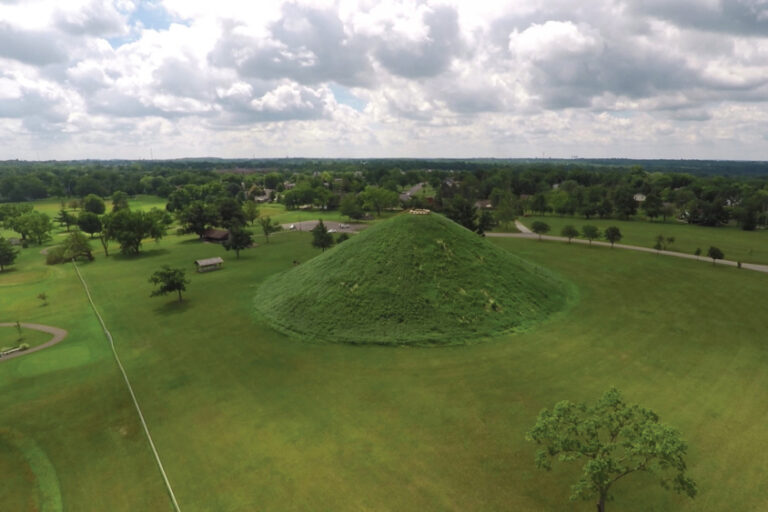 Now playing in Dayton is a diverse and sophisticated arts and culture scene, with several venues that can provide interesting and inspirational experiences to visitors. Here are six destinations where you can easily spend a few quality hours:

Founded in 1919, DAI is now 103 years old. On display are more than 27,000 objects of American, Ancient American, Asian and European fine and decorative artworks spanning 5,000 years of history.

Located in Miamisburg, just south of Dayton, the Mound Cold War Discovery Center showcases the area people, research and manufactured items affiliated with the top-secret Mound Laboratory that operated during the Cold War and Nuclear Age years, helping to protect the U.S. from the Soviet Union. Besides radiation work and espionage research, Mound Laboratory also built components for NASA rockets.

Several exhibits at the Funk Music Hall of Fame & Exhibition Center highlight the origins of rhythm-driven musical funk that was so popular in America during the 1970s and early 1980s. Many Black music artists are recognized and honored at “The Funk.” Famous honorees include Sly and the Family Stone, Ohio Players, Kool & the Gang, Parliament-Funkadelic, Shirley Murdock and Junie Morrison.

One of the premier Audubon nature preservation sites in the U.S., Aullwood includes a nature center, farm and nature sanctuary. One of the most popular attractions is the farm, which includes cattle, turkeys, goats, sheep, a duck pond, chicken coop, brood house and bee yard.

An Inclusive and Welcoming Environment Leads to a Stronger, More Economically Diverse Dayton

Since its inception in 2011, Welcome Dayton has worked with the city’s immigrant and refugee populations to reduce barriers in the community.

Specifically designed for children, the Boonshoft Museum of Discovery is an interactive science and technology center and zoo that features playtime exhibits with names like Veterinary Clinic, Recycling Center & Landfill, Pizza Kitchen and Car Repair Shop. Also on-site is a Discovery Zoo with more than 150 animals such as sloths, foxes, river otters, meerkats and eagles. Another Boonshoft feature is a planetarium.

Dedicated to a more equitable, civil and peaceful world, the Dayton International Peace Museum opened in 2004 and is the only brick-and- mortar Peace Museum in the Western Hemisphere. Programs and exhibits focus on themes of conflict resolution, equity, social justice, tolerance and protecting the natural world. Highlights include the Dayton Peace Accords exhibit, Peace Heroes Room, Peace Corps Artifacts and a Children’s Room.