Skip to content
Home > OH > Dayton > Education, Careers & Opportunity > Why the Dayton, OH, Region Is an Inviting Place to Do Business 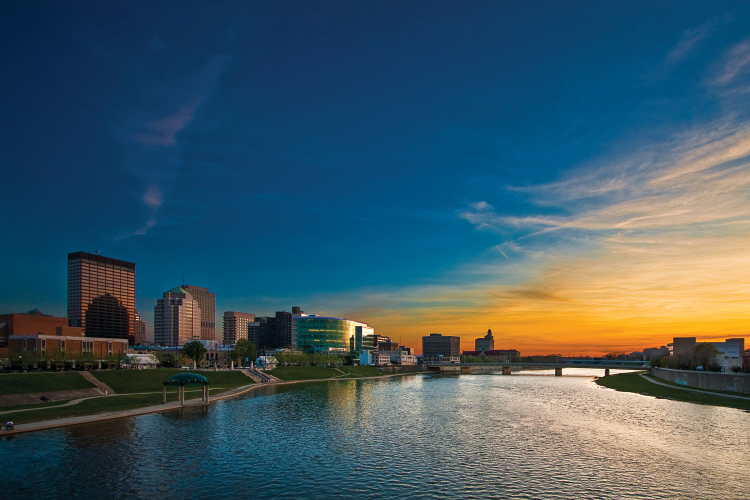 A culture of innovation and collaboration combined with a logistically unmatched central location close to markets, partners and customers are just two of the advantages businesses discover when they choose the Dayton region as the place to invest, grow and succeed.

“Dayton is located within a day’s drive – 600 miles – of 60% of U.S. and Canadian manufacturing, making Dayton an ideal location to think it, make it and ship it,” says Julie Sullivan, executive vice president of regional development for the Dayton Development Coalition.

The 12-county region’s diverse economy creates opportunities that attract talent in a wide range of industries. Top sectors include aerospace and defense, advanced manufacturing, health care, technology, and logistics and distribution. Wright-Patterson Air Force Base, which is in the region, is the state’s largest single-site employer.

The region is home to major health care providers including Premier Health and Kettering Health Network. Global companies with a major presence include Honda of America, Abbott Laboratories, LexisNexis, Whirlpool and Navistar.

Dayton rolls out the welcome mat to relocating young professionals by offering them a diverse menu of resources.

The Numbers Add Up

The region is home to the nation’s sixth-largest interstate highway system and the fourth-largest network of railroads. There are five international airports in Ohio, and 209 ports and terminals along the Ohio River and Lake Erie.

The Dayton region’s high quality of life makes it a destination for talented workers and their families. Dozens of affordable communities offer a choice of lifestyles from vibrant downtown spaces to quiet country retreats and everything in between.

“With the entire 12-county region accessible within an hour’s drive and the average commute time about 20 minutes, our residents can pick among urban, suburban and rural communities without sacrificing their free time to their commute,” she says.

“The 12-county Dayton region is home to 1.3 million people who are all about collaboration, innovation and hard work.”

Businesses recently arriving or expanding in the Dayton region include Gabriel Brothers. The company chose Springfield for its new 850,000-squarefoot state-of-the-art distribution facility, which is expandable to 1.3 million square feet. The $77.5 million investment will create more than 800 full-time and part-time jobs.

Sierra Nevada provides engineering and major modifications to large military aircraft. The 96,000-squarefoot facility will be capable of supporting some of the largest aviation projects in the world.

“The 12-county Dayton region is home to 1.3 million people who are all about collaboration, innovation and hard work,” Sullivan says. “If you like great people, abundant resources, a central location and a winning game plan, come join us.”