Area programs and projects ensure that veterans are taken care of and recognized for their service. 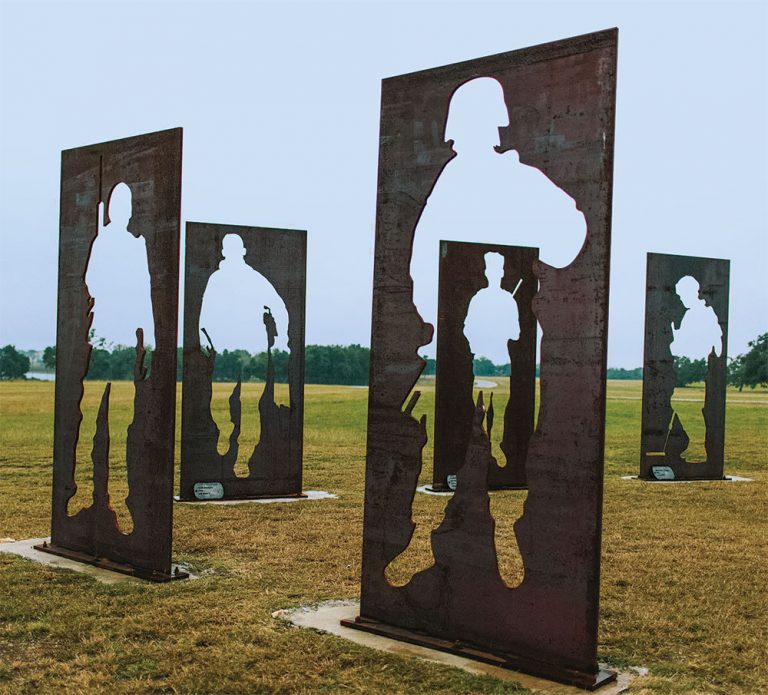 While every community – small and large – across the country has residents who have served in the military, not every place does a great job of acknowledging their service.

This is not the case in Broken Arrow and the surrounding region, though. The area goes to great lengths to recognize veterans for their service.

There are veterans programs in Broken Arrow to ensure that these hometown heroes are both taken care of and recognized for their service.

“We have a number of veterans at our organization across all divisions – sales, engineering and manufacturing,” says Michael Rogers, president at PACCAR Winch Inc.

“We find that veterans make good employees and historically have done the job right.”

Recognizing Those Who Served

Roughly 10% of current team members at PACCAR are veterans, and recruiters have often found them at military career fairs that they attend as part of their outreach process. Additionally, PACCAR has been awarded the U.S. Department of Labor’s HIRE Vets Gold Medallion Award for the third consecutive year.

The company also recognizes their veterans internally in a variety of ways, including a Wall of Honor featuring plaques of employees who have been service members and a special Veterans Day luncheon.

PACCAR’s track record of hiring vets is just one example of how they’re supported in the community. A number of local businesses are also working to hire veterans, including CamGlass, a glass and mirror shop.

Broken Arrow is also home to a new veterans center that opened in 2021, which houses five veterans service organizations under one roof: The American Legion, the Broken Arrow Chapter of the Veterans of Foreign Wars, Military Order of the Purple Heart, Blue Star Mothers and Vietnam Veterans.

Each of these organizations had some input into the design of the new center, which took the place of the former VFW post.

“That way, veterans can go to the different offices, and they can get whatever they need,” says Mitch Reed, director of the Broken Arrow Veterans Center. “We are there for veterans if they need to come in and talk to somebody or even come in and play dominoes, because veterans love hanging out with veterans. That’s the whole point. It’s working out really well so far.”

The new veterans center backs up to Veterans Park, which is filled with waving American flags honoring the many sacrifices service members have made. Just north of the park is Broken Arrow’s Military History Center, another way the community honors veterans.

Also in Veterans Park, a new memorial called “The War at Home” is designed to draw attention to veterans who have returned home only to fight another battle, that of post-traumatic stress disorder. The memorial will feature 20 silhouettes of soldiers in military poses that serve to commemorate those who have died by suicide.

“There will be benches where people can look at the cutouts of various poses that soldiers will find themselves in when they were in a combat situation,” Reed says. “On the back side of that is a reflection pond, and it’s a beautiful setting.”

In nearby Tulsa, a new VA hospital – Ernest Childers VA Outpatient Clinic – opened in July 2021. This 180,000-square-foot building replaces the old clinic on East 41st Street. The hospital offers services such as chemotherapy and infusion, endoscopy and mammography.

“Broken Arrow’s slogan is ‘where opportunity lives,’” Reed says. “We’re one of the fastest-growing cities in Oklahoma, and things are getting better here all the time.”