Broken Arrow Is Focused on the Future

Residents benefit from a wealth of new developments fueled by public/private partnerships. 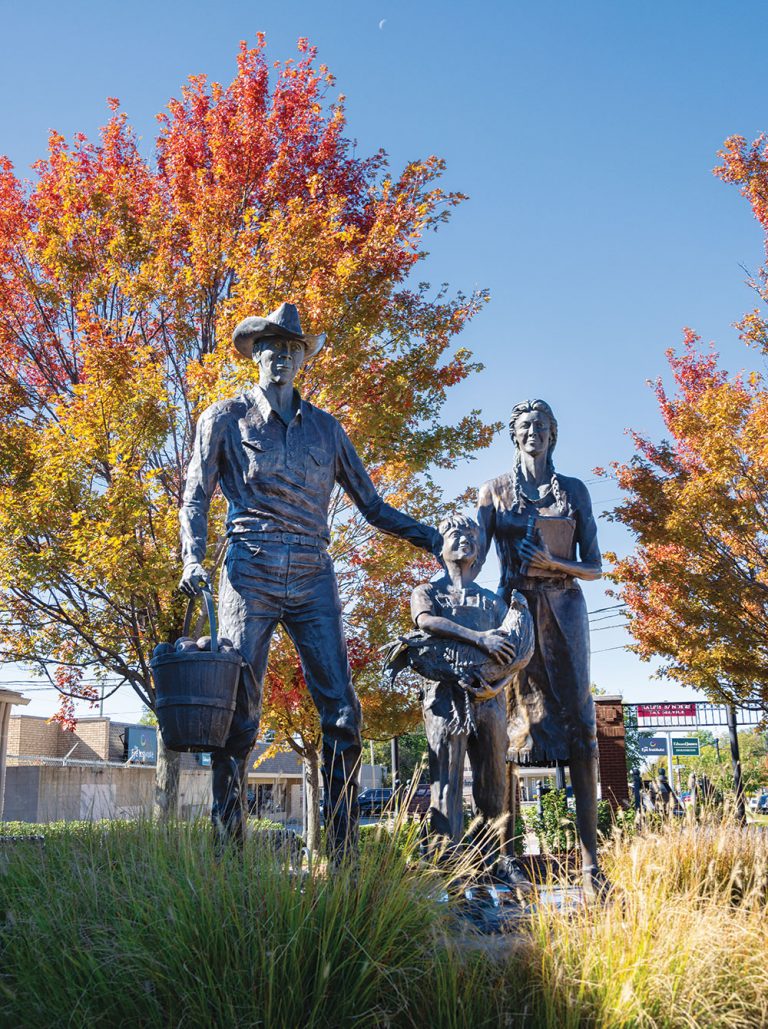 Broken Arrow is strengthening its economy while improving its quality of life for residents, thanks to the willingness of private businesses and the public to invest in the city’s future.

The proof is rising across the city in the form of new public parks and sports facilities, retail and residential developments, and one of the city’s newest jewels, the Brown-Kimbrough Center for Arts, Innovation and Creativity.

“Broken Arrow has enjoyed a long history of visionary leadership as it pertains to public-private partnerships and investment in commerce and quality of life improvements,” says Greg Graham, past chair of the Broken Arrow Economic Development Corporation Board of Directors.

“The city’s progressive business climate is fostered by Broken Arrow’s primary entities – city government, our schools and the chamber of commerce – working collaboratively to identify strategic initiatives to advance its collective vision.”

“Voters and city leaders see the value in continued public-private investment in our economy and community assets based on favorable past results.”

These partnerships are continuously working to meet the needs of the growing population by adding multiple developments in Broken Arrow. Examples can be found across the city:

Brio at the Rose: A downtown mixed-use residential and retail space that offers 90 urban living options and 30,000 square feet of retail space.

Additional developments in Broken Arrow are also in the works. Take, for instance, the Brown-Kimbrough Center for Arts, Innovation and Creativity, slated to open in 2022. It will be a 15,500-square-foot facility featuring classrooms, flex and gallery spaces, and indoor-outdoor areas for events.

The city has an agreement with OakTrust Development to bring a 60,000-square-foot Class-A grocery store to south Broken Arrow. The developer plans to build another 200,000 square feet of retail and commercial space over a four-year period as well as a 168-unit apartment complex.

The Innovation District will be a mixed-use development with residential, commercial and educational components. It will be a collaborative effort of private businesses and developers, the Broken Arrow Economic Development Corporation, city government, and public and higher education to recruit businesses, provide support and keep talented individuals in Broken Arrow.

Elam Park will be a 53-acre multi-use public space located off 111th Street between Olive and Aspen avenues.

“Recent public projects, such as the Innovation District and the Brown-Kimbrough Center for the Arts, have occurred because of voter support for bond issues and due to the election of the city leaders who want to see additional investment into quality-of-life improvements,” Graham says. “City leaders are willing to go directly to the public for input on such initiatives. Since our city has a history of completing public projects on time and on budget, voters continue to support city government and its vision around public bond issues.”

The Brown-Kimbrough Center is an example of the public-private collaboration that is benefiting Broken Arrow. The facility is set to be a place where the arts can flourish and imaginations run free.

Broken Arrow: A Destination for Innovation

Find out why tech companies (and highly skilled workers) are flocking to this bustling city in Oklahoma.

The arts center is located at the former site of AVB Bank. The Brown-Kimbrough family, owners of AVB Bank, donated the Rose District property to the city.

“Those are provided primarily by a combination of AVB, the Brown-Kimbrough family and donations from the Kristin Chenoweth Foundation (the actress is a Broken Arrow native), but with some additional support from others in Broken Arrow,” says Jennifer Deal, executive director of the Brown-Kimbrough Center for Arts, Innovation and Creativity.