Here's what you need to know about living and working in this growing city in northeastern Oklahoma. 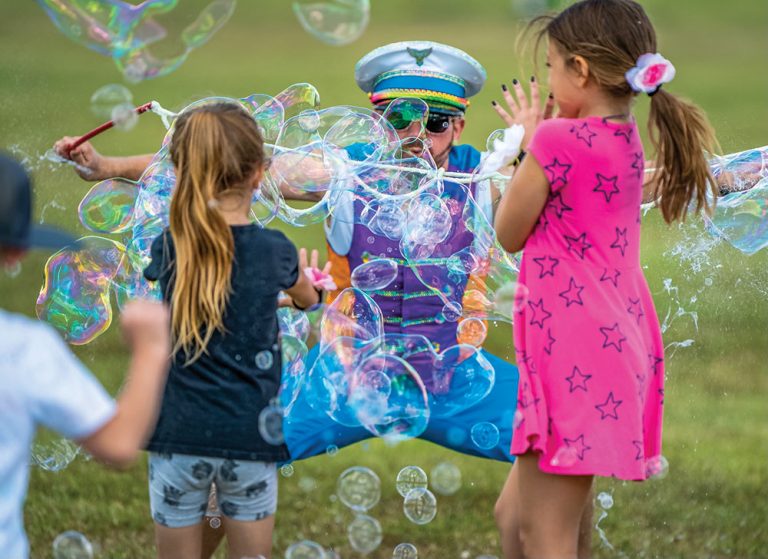 Are you a remote worker looking for a family friendly city to call home? Or maybe you’re a retiree looking for an affordable place to live with plenty of activities for you to enjoy your golden years. No matter your situation, here are seven reasons why you should consider a move to Broken Arrow, OK.

1. Get ready for year-round fun.

Broken Arrow residents know how to have a good time all year long. Downtown is a popular gathering spot. Rose District Farmers Market operates every Saturday morning from April through October. The Tuesdays in the Park concert series takes center stage Tuesday evenings in June at Central Park.

Rooster Days is the longest-running festival in Oklahoma and will celebrate its 91st anniversary in September 2022 at Central Park. ScotFest takes place each September at Chisholm Trail Park to celebrate Celtic history and heritage.

In October, the Rose Festival and Chalk It Up!, an art festival, celebrate Broken Arrow’s passion for roses and the arts. Also in October is Fall Fest – A New Leaf, with live music, local bites and brews to raise money to help people with developmental disabilities and autism. And during the holiday season, take a carriage ride through 3 million dazzling lights at the annual Rhema Lights event.

2. You can afford to live here.

Broken Arrow is a picturesque city located in northeast Oklahoma’s Green Country region, which is known for its lakes, hills and lush vegetation. The housing expenses in Broken Arrow are about 20% lower than the national average, with the average home value in the city coming in at $220,000.

3. New developments are flocking to the city.

Broken Arrow continuously works to meet the needs of its growing population. Recent developments include a $4 million makeover of the signature Rose District as well as a residential/retail space at the heart of the district, Brio at the Rose. This space offers 90 urban downtown living options and 30,000 square feet of retail space.

Get Fired Up for Fine Dining in Broken Arrow

A new restaurant raises the steaks when it comes to local gourmet fare.

Students Can Gain an EDGE in Broken Arrow, OK

5. Broken Arrow is a great place for retirees.

The area provides access to reasonable housing prices, good health care, over 200 restaurants and safe neighborhoods that are ideal for walking and biking. The Broken Arrow Senior Center expansion is scheduled to open in mid-2022 and is a $3.6 million building designed for residents ages 55 and older. The expansion, located across the street from the current center, will include a theater, multipurpose rooms, a catering room, a weight room and exercise facilities.

7. You’ll marvel at this mural and more.

A mural featuring numerous images that depict the region’s rich history is now on permanent display on the exterior south wall of The Museum Broken Arrow. “A City in Bloom,” a 54-by-32-foot mural painted by artist Carlos Barboza, was completed in July 2021.

Ready to learn more about living and working in Broken Arrow? Check out the latest edition of Livability Broken Arrow, Oklahoma.