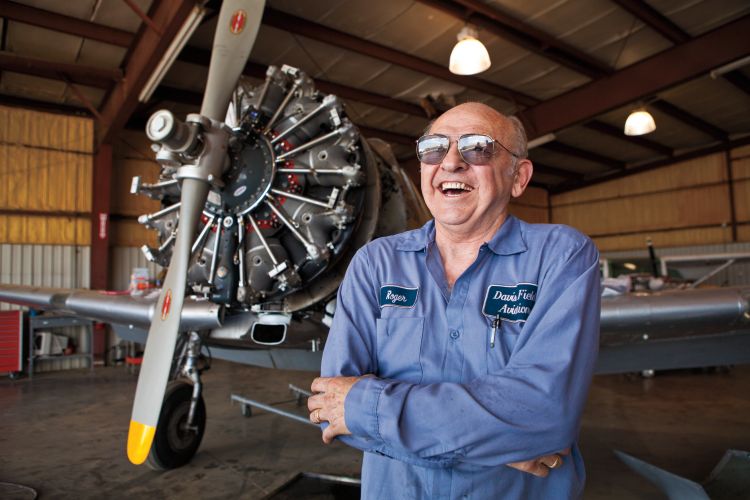 While Muskogee's appeal to new businesses and residents continues to grow community leaders remain focused on preserving what attracted the to the city in the first place. Historic preservation reigns in the mindset of Muskogee community planners.

"Our mission is to energize and revitalize the downtown area, but at the same time, we are very dedicated to preserving our heritage and passing that pride on to our children," says Jonita Mullins, executive director of Downtown Muskogee Inc.

Nine buildings in downtown are listed on the National Historic Register. Muskogee is also a Main Street community and has been named one of the Dozen Distinctive Destinations by the National Trust for Historic Preservation.

Aware of the city's long-term goals of historic preservation and downtown development, attorney Bob Locke purchased and renovated five downtown buildings nearly a decade ago in hopes of luring additional businesses to the downtown area and inspiring others to do the same. Today, those five buildings house professional offices, a restaurant and the chamber of commerce.

While downtown Muskogee offers multiple options for businesses, there are also a variety of entertainment and shopping opportunities. Festival enthusiasts will not want to miss Heritage Days, an annual celebration of Muskogee's American Indian origins and today's cultural diversity that includes music, food and reenactments. The outhouse races are also an annual crowd pleaser.

Take a building that is eight stories tall and a century old, pump $7.4 million into it, and what do you get?

You get a win-win result that converts a historic, but abandoned, downtown building into beautifully restored apartments for seniors. While updating and modernizing the building, developers took great care to preserve the historically significant aspects of the space, breathing new life and usefulness into a piece of Muskogee's heritage.

While downtown development is an important component of the city's economic development efforts, expansion of Muskogee's industrial and manufacturing base is also key to the community's healthy growth.

Davis Field Airport rambles more than 1,600 acres, providing ample space for the establishment of industrial facilities. The airport is owned by the city of Muskgoee and is primarily utilized by private aviation-based companies. Approximately 60 aircrafts are housed at Davis Field and are owned by corporations, health-care providers and private flight enthusiasts, and there is abundant room for expansion.

The next major goal for Davis Field Airport is the establishment of a flight training school, a vision shared by airport manager Garry Lynn and Brien Thorstenberg, Director of Business & Economic Development for the Muskogee City-County Port Authority.

Although there is no commercial passenger service available at Davis Field Airport, the available land and infrastructure can certainly support it in the future. For now, airline passengers take a short drive of approximately 50 miles to Tulsa International Airport.

What began as a two-year college in 1880 has matured into a fully accredited four-year institution of higher learning with multiple locations. Today, Bacone College offers cross-listed courses with tribal colleges Pawnee Nation College in Pawnee, Okla. and Comanche Nation College in Lawton, Okla. to boast an annual enrollment in excess of 1,300 students. Open to both all students, Bacone maintains its mission of providing faith-based educational opportunities for Native Americans.

The campus recently expanded to incorporate a former strip shopping center, clearing the way for a new campus gateway and renovated spaces for the Merritt Betts Library, and a 96,000-square-foot student center. The student center also houses a bookstore, workout area, offices and an indoor event area, complete with artificial turf.

"By obtaining and converting this former retail space, it has allowed us to free up other areas on campus to expand our offerings for student housing and services," says Robert Duncan III, an adjunct instructor at the college.

Learn more about living in Muskogee.