Tulsa offered remote workers $10,000 to relocate and help the city grow. Here’s the story of two people who made the move. 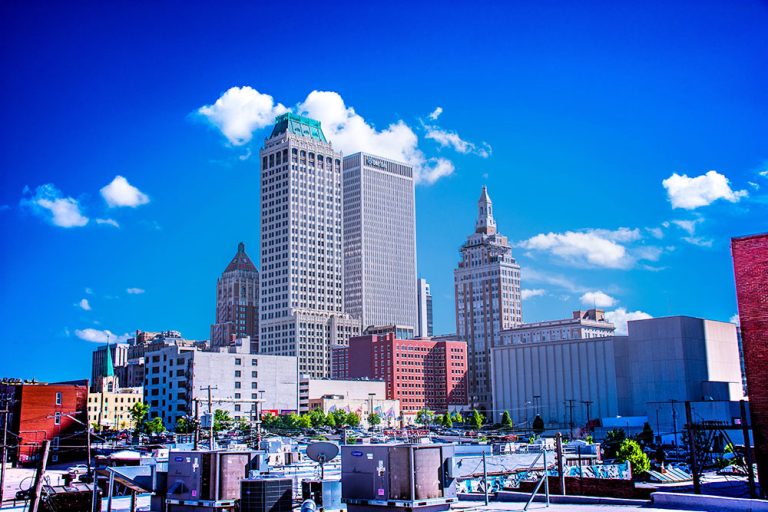 That’s the sentiment in some cities and states throughout the U.S. that are offering prospective residents financial incentives to move there – an attractive offer that comes at a time when the cost of living is rising fast in big cities and graduates are saddled with unprecedented student loan debt.

In Vermont, for instance, relocation incentives are offered to both remote workers and those who will fill jobs in the state. Or, in Maine, a new program will help pay down student loan bills of recent graduates who move to the state. But perhaps the most generous relocation deal is playing out in Oklahoma: A privately funded program, Tulsa Remote, will pay remote workers $10,000 to move to the Midwest city for a year and set them up with free co-working spaces and other perks in exchange for the creativity and fresh ideas they bring to the city.

This State Will Help You Pay Off Your Student Loans (Yes, Really)

For the majority of us, we hear about these relocation programs and do an imaginary rehearsal of what it would be like to start fresh by moving to a new city, and do so with extra wiggle room in our budgets, thanks to tax deductions to offset student loan repayments or a generous relocation package. But others see these offers as an opportunity to be modern-day pioneers – picking up and moving to new cities to answer the call for a more robust, youthful or creative workforce.

Curious about what it’s like to get paid to relocate? We were too, so we talked with two people who moved to Oklahoma recently to be among the inaugural 100 residents participating in the Tulsa Remote program. Here are their stories.

‘Find out what’s great about your new city’

Obum Ukabam, a marketing manager for a media company, saw an article about Tulsa Remote circulating on Facebook and it piqued his interest. He told his wife: “I think I want to apply for this, but if you don’t want me to, I won’t.â€ She nudged him to do it, and, he was among thousands of applicants from all over the world who tossed their names in the hat for the program, which is funded by billionaire George Kaiser’s foundation. Ukabam’s application was approved, and he and his wife had a much more serious conversation about uprooting their lives and making the move from Moreno Valley, CA to Tulsa, a city neither of them had even visited.

“We went sight unseen,â€ Ukabam says. “We went all in.”

They sold their furniture and packed up their car. They arrived in the city last spring and immediately were impressed.

This Major City Will Pay You to Move There

“Right away, I thought ‘Wow:, this city packs a punch,’â€ Ukabam, 40, says. “It was more beautiful than I expected. We were greeted by art everywhere and when my wife and I stand on our apartment’s rooftop, we can see the whole downtown area.”

Tulsa, Ukabam says, has the amenities of a big city – ranging from its own airport to a “First Friday Art Crawlâ€ to the Gathering Place, a massive, buzz-worthy park with  fairtytale-like plagyrounds that hosts concerts and cultural events. His wife, who has a culinary background, took a job working at the Gathering Place’s newly opened restaurant. Prior to moving to the city, they watched a church service online and have since joined the congregation.  Tulsa, they’ve decided, feels like a place where they want to start a family.

At its heart, the Tulsa Remote program isn’t just about what Tulsa can offer to its remote workers, but what they can bring to the city.

When Ukabam was applying to the program, he conveyed that he was a resilient hard worker who cares about his community and creating opportunities for youth.

This Midwestern City Is Home to the Coolest Park in America

In Tulsa, Ukabam says, he doesn’t feel like a small fish in a big pond. Rather, he is an active participant in his new community, and gets to see his involvement make a difference. Within just weeks of moving to town, he was cast in “Tulsa 21,â€ a theatrical performance that told the story of the Black Wall Street massacre of 1921 and the rebuilding efforts of the Greenwood neighborhood since. Ukabam is also looking to start his own nonprofit working with youth and volunteering with several groups, reading to kids, mentoring them and helping attract national nonprofits to Tulsa.

His tip for those who consider a relocation program? Talk to your Uber driver. Network. Volunteer.

“Find out what’s great about your new city,â€ he says. “You can’t force it to be the city you just left.”

‘When you can do your job anywhere, where do you pick?’

Elizabeth Saunders, 34, was born in Iowa, but has spun around the globe living in Spain, Italy, Florida, Utah and Costa Rica, to name a few of her adopted homes. She’s served in the military, has a background in anthropology, and was working as program director and chief of staff at the Innovation Acceleration Group at University of California, Berkeley when she was accepted into the Tulsa Remote program earlier this year.

“When you can do your job anywhere, where do you pick?â€ she says. “It’s a big world.”

But for her, the Tulsa Remote program was fascinating. Unlike other remote programs she had seen advertised, she favored the emphasis that Tulsa put on not just attracting talent, but also integrating its remote workers into the community.

Saunders was accepted into Tulsa Remote in January 2019. She moved to the city at the end of March. Come May, when Tulsa was pummeled with tornados and flooding, she was leveraging her military experience to help with disaster recovery efforts in her new town, working with a team of veterans.

Tulsa, she says, makes sense for her at this point in her life: The airport is efficient, which is important for her as a frequent traveler; she’s charmed by the arts district; and she’s found some of her favorite hangout spots, including Centennial Park, which boasts a lake, and Chimera Cafe, which makes great chai lattes.

Her next venture: Saunders is founding a travel start-up that would allow people traveling for conferences or music festivals or other events to share hotel rooms.

She hopes that her new business venture will help create jobs in Tulsa.