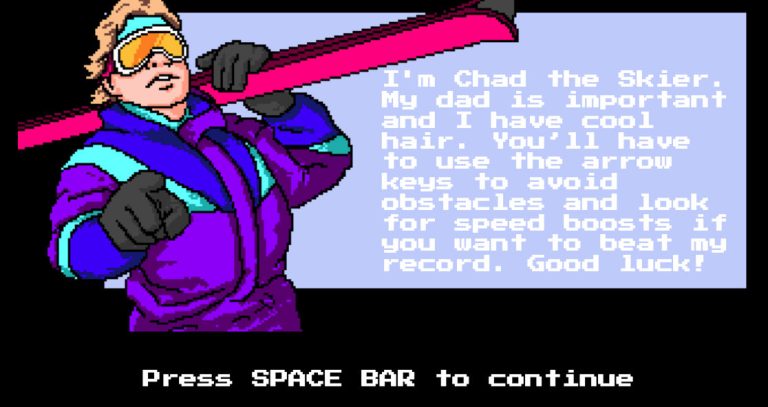 People think children of the ’80s and ’90s had it easy growing up, but might I remind you of the hours we spent attempting to ford the river with a team of oxen that simply wasn’t up to the task? Not to mention all the broken wagon wheels, cholera outbreaks, and exhausting hunting trips targeting pixelated rabbits that only fed two family members, max.

I’m referring, of course, to “The Oregon Trail,” an insanely popular choose-your-own-adventure video game that dominated school library computers for years. The game was incredibly addictive, but it was actually designed as an educational tool to teach kids history and math. For thousands of people who grew up during the heyday of “The Oregon Trail,” mere mention of the game is enough to cause a serious rush of nostalgia.

Travel Oregon has just released an ingenious modernized version of the “Oregon Trail” that pokes fun at some “Portlandia”-esque stereotypes while teaching players about the great state of Oregon (and encouraging them to plan a real-life trip there ASAP). They’ve even perfectly captured the old school game’s pixelated graphics.

So, how is this version different than the classic?

Instead of a covered wagon, players now drive a sporty SUV to Oregon attractions like Mt. Hood and the Columbia Gorge. Players can choose from occupations that include yoga teacher, apple farmer and winemaker. And instead of loading up on flour and sugar at the supply stops, you can choose from craft beer, artisanal coffee and kombucha. Obviously.

Want to take a break from your journey? A pro skier named Chad “with cool hair and an important dad” is at your service.

The updated game is educational, too. Players can choose the “Chat up a local” option to get real insider tips about Oregon and check out maps of the state along the way.

As a native Oregonian, I want to say two things:

1. This game is incredibly accurate (except for the constant sunny weather).

Check out the game for yourself here.