Skip to content
Home > OR > Portland > Experiences & Adventures > Things to Do in Portland, OR

Things to Do in Portland, OR

Find out what makes the City of Roses a top spot to live and visit. 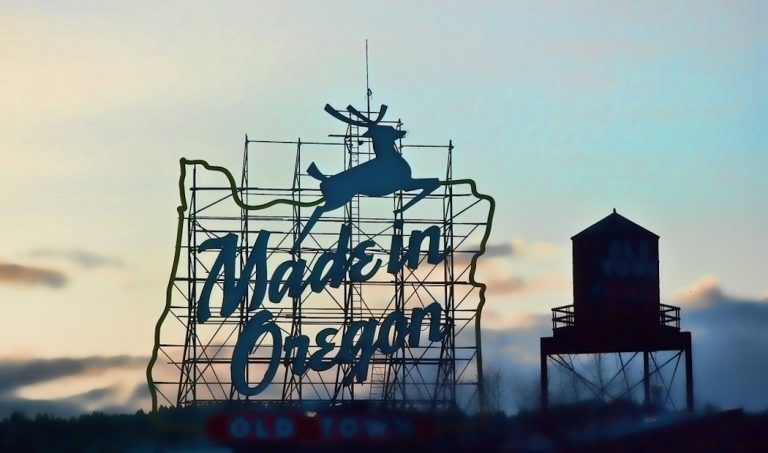 Portland / Courtesy of drburtoni under a CC 2.0 license.

As Oregon’s largest city, it’s no surprise that Portland is full of shops, outdoor destinations and cultural opportunities.

Portland is home to Oregon Zoo, situated in Washington Park. The zoo is the most visited paid attraction in Oregon, with about 1.5 million annual tourists. Featuring 2,200 animals representing 260 species, some of the major exhibits are Great Northwest, Predators of the Serengeti, Africa Rainforest, Bears, and Elephant Lands.

In Portland? You Have to Eat at Voodoo Doughnut

Showcasing exhibits like Turbine Hall, Life Sciences Hall, and a Science Playground for kids, Oregon Museum of Science & Industry celebrates technology within three auditoriums of hands-on exhibits. There is also a planetarium and a large-screen theater that shows movies detailing the natural sciences. OMSI has welcomed visitors since 1944, today accommodating about 750,000 guests annually.

Gracing the shores of Willamette River is Tom McCall Waterfront Park, used by thousands of people each day for walking, jogging, biking, boat watching and enjoying lunch. The park offers easy access to downtown Portland and hosts a number of events, including the annual Oregon Brewers Festival and The Bite of Oregon Festival.

This Portland Food Truck Was Named One of the 20 Best in the U.S.

More than 70 miles of trails make Forest Park the largest forested natural area within a city limits in America, and the wooded refuge is ideal for hikers, joggers, cyclists and dog walkers. Trails can be easy or challenging, with the park providing a cumulative elevation gain of 11,000 feet. For daydreamers, the park overlooks scenic Willamette River.

To Market You Go

From March through December, Portland Saturday Market sets up shop in the Old Town/Chinatown neighborhood, specializing in a wide variety of Oregon food products along with arts and crafts. In addition, operating in four different venues throughout the city is Portland Farmers Market, open from April through December.

Be a Spokes Person

Bicycling Magazine lists Portland among the top bike cities in America, and more than 6 percent of residents commute by bike each day. A popular recreational activity is touring the city’s many bridges, and companies like Pedal Bike Tours and Portland Bicycle Tours are glad to provide a guided excursion.

Portland has a nickname of Beervana thanks to its reputation for housing more than 30 microbreweries, more than any city in the world. Some of the top spots are BridgePort Brew Pub, MacTarnahan’s Tap Room and McMenamins, while southeast Portland also has several whiskey micro-distilleries on Distillery Row.

Portland: One of the 99 Best Cities for Beer in the U.S.

One of Portland’s many nicknames is City of Roses, and an often-visited site is the International Rose Test Garden located in Washington Park. The scenic landmark features 7,000 rose bushes and is open to the public from April through October, with June being the most popular month. Admission is free, open from 7:30 a.m.-9 p.m.

A wide variety of shopping opportunities are available throughout the city, with some of the major destinations being Downtown Portland, Pearl District, Nob Hill, Lloyd District, and Hawthorne Avenue for vintage apparel. The largest malls include Washington Square, Clackamas Town Center, Pioneer Place, Bridgeport Village and Westfield Vancouver.