Skip to content
Home > Experiences & Adventures > The 20 Best Food Trucks in the U.S.

If you died and went to food truck heaven, these are the ones you'd find there. 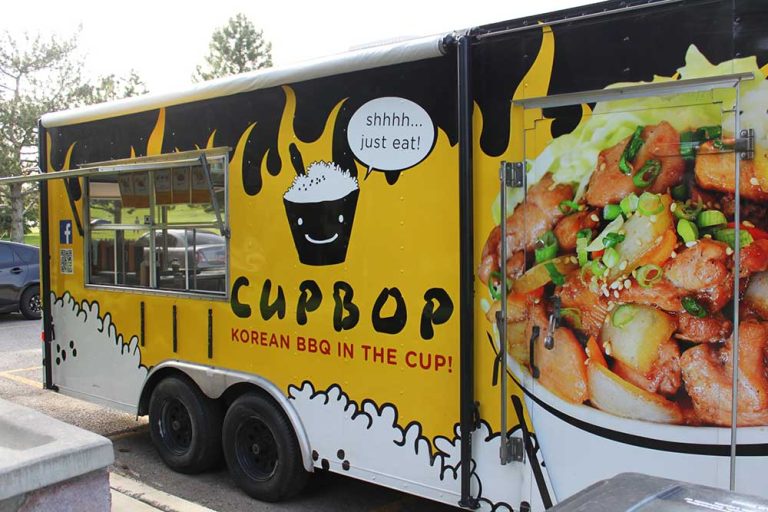 With more than 4,000 of them across the country, food trucks pulled in $1.2 billion in business in 2015. The popularity of these roving eateries has steadily risen over the past decade, inching inward from larger metropolitan areas to smaller and midsize U.S. cities.

The 20 tempting trucks on this list all have loyal followings, as demonstrated by the glowing feedback on social media and on dining review sites such as Yelp! In fact, the popularity of many of these trucks has prompted some operators to open their own brick-and-mortar restaurants as companions to or spinoffs of their mobile eateries.

So, the next time hunger strikes, roll up alongside any of these rolling restaurants.

The grilled cheese food truck concept isn’t exactly new, but Cheese Wizards’ broad array of cheeses (dill havarti, anyone?) and the brilliant addition of dipping sauces – curry ketchup and pesto aioli, among others– are more than enough to make an old classic feel like the best new idea you’ve heard in a while. The Seattle-based food truck now has a brick and mortar restaurant and a schedule of the truck’s location daily.

It might be a stretch to call this Portland food cart’s fish and chips the best on the West coast… then again, maybe not. Be sure to round out your meal with two other UK staples–a  sprinkle of malt vinegar and a side of mushy peas.

Idaho might not be the first place you’d expect to find the flavors of France, but crepe aficionados agree: This Coeur d’Alene truck consistently serves us impeccably crisp, delicate crepes, enveloping everything from Polish sausage and Dijon mustard to sea salt caramel and toasted almonds.

Stopping to enjoy coffee and cake is an effortless indulgence when the treats are on wheels. CoffeeCakeKC is equal parts espresso bar and bakery, thanks to muffins, cupcakes and cookies from wildly popular sweets purveyor, 3 Women and an Oven. This truck is fulfilling the noble duty of keeping locals caffeinated and sweet-tooth-satisfied.

Whether you’re noshing on the kimchi fries (topped with an egg!) or the lemongrass buttermilk fried chicken banh mi, you’ll swear Tulsa has graduated to world-class culinary destination status.

Celebrated for its crisp-yet-fluffy falafel, garlicky hummus and roasted eggplant, this Mediterranean eatery has an army of loyal customers who insist Banzo’s creations are on par with its big-city restaurant counterparts.

This truck’s paper-thin, perfectly charred, wood-fired crust topped with scratch-made sauces and fresh, milky multi-cheese blends, has some regulars declaring it the best pizza in Cincinnati. Start with the Simmer Down (aka spicy sausage) variety, and see what they mean.

Chef Patrick Harris, founder and owner of this Richmond favorite, believes tortillas are the perfect canvas for flavors from nearly any culture; and he’s not wrong. Whether the Boka Truck “takosâ€ are filled with shrimp and grits or beef bulgogi, there’s no way to go wrong here.

Turns out, the world’s first vegan soft-serve ice cream doesn’t just lure in the veggie crowd–not even close. Everyone screams for the ice cream at Like No Udder, which serves up made-to-order floats, cones, shakes and frozen drinks. Tip: the chocolate-peanut butter shake mustn’t be missed.

Not too many food trucks specialize in lasagna, so it’s tough to ignore one that does. And once you’ve tried this D.C. truck’s from-scratch pasta, sauces and salad dressings, it’ll be downright impossible to stay away. Please note, capping your meal off with a Basil Thyme cannoli is mandatory–regardless of whether you saved room.

This Southern-style menu leans heavily on fresh and local ingredients while borrowing playfully from Mexican, Vietnamese and Southern American flavor profiles. Regular customers are particularly fond of the fried chicken banh mi sandwiches, the waffle tacos and the “borachitosâ€– the delightfully overstuffed burritos that just may have put The Supper Truck on the map.

The Biggest Little City in the World couldn’t be luckier to have this mobile gem tooling around town. Electric Blue Elephant garnered its devoted following by serving up the kind of vegetarian cuisine that’ll get anyone excited about eating their fruits and veggies. Best item to start with? The Garam Masala Me Crazy Bowl.

Step up to this window, and you’re not only in for a cup of noodles or rice crowned with a pile of perfectly seasoned meats and veggies–you’re also sure to be entertained by Cupbop’s outrageously animated staff. Come early, get your food and stand back for the show: Cupbop’s crowds and customer enthusiasm are a sight to behold.

This snappy red truck was largely responsible for getting the food truck party started in the Crescent City five years ago. La Cocinita’s menu is decidedly Latin American, with lots of love given to arepas, a Venezuelan-style cornmeal patty filled with meat and cheese. But the star of the show just might be La Cocinita’s rainbow of different sauces ranging from spicy mango to chipotle crema.

A good fish taco is a thing of beauty, and locals in Charlotte agree: Roaming Fork’s is the best. Not a fish fan? The pulled pork grilled cheese, the truffle fries and the fried deviled eggs are equally thrilling.

Empanadas, arepas, cachapas, oh my! This authentic Venezuelan menu is a worthy calorie splurge even among the diet-driven Miami Beach crowd.  From the crispy yucca fries to the scratch-made guasacaca, habanero and garlic mayo sauces, Los Chamos gets all the details just right.

Southerner and chef Justin Patterson took everything he knew about his region’s cuisine and gave it an Asian makeover–think coleslaw with sriracha, chicken and dumplings with spicy black bean chili sauce and shrimp and grits with miso paste–all to rave reviews.