Skip to content
Home > OR > Where to Live Now > Moving to Oregon? Here’s Everything You Need to Know

Planning a move to this Pacific Northwest gem? From climate to cost of living to things to do, here's all the info you need. 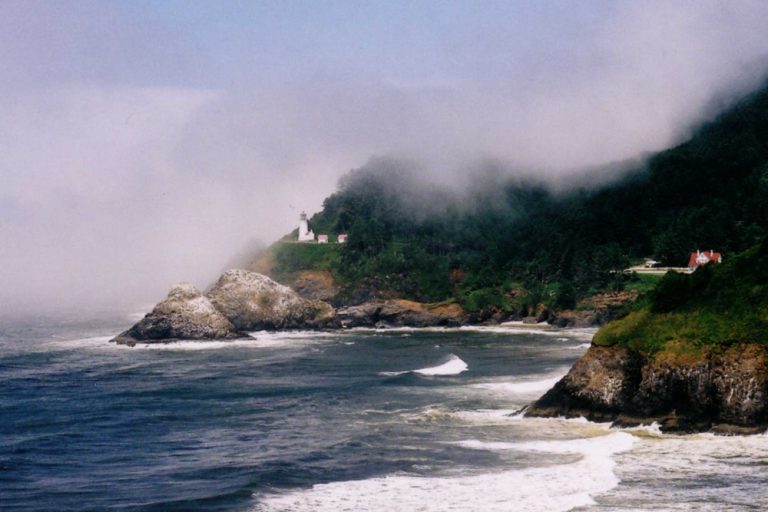 Courtesy of Dottie Day under a CC 2.0 license.

Blend a rugged coastline and scenic mountains with outdoor recreation, stir in a reputation for microbreweries and coffee roasters, add a burgeoning tech industry, and top it off with a mild marine climate, and it is understandable why Oregon continues to be a top destination for those looking to relocate.

Led by the college towns of Corvallis and Eugene, Oregon had three of the top 50 places to live in Livability’s 2018 Top 100 Best Places to Live. Corvallis, home of Oregon State University, was ranked third; Eugene, home of the University of Oregon, was 28th;and Ashland, in the southern part of the state was 49th.

In the 2017 National Movers Survey, Oregon had the second-highest percentage of inbound moves, behind only Vermont. It was the second straight year in the No. 2 spot, after three years atop the list. Oregon also is one of the few states without a sales tax. Portland is ranked among top destination cities for relocation in several surveys.

And, of course, it’s hard to ignore that home state Nike swoosh.

With the Pacific Ocean forming the western border and a diverse landscape that includes the Cascade Mountains, Columbia River, Willamette Valley, dense forests, and a high desert region, Oregon has a varied, but primarily mild climate.

As such, temperature ranges, and rain and snowfall averages vary greatly from region to region. Because of the disparity in climate by locale, a city-by-city listing is extremely useful.

Annual snowfall is heaviest in the Cascade Mountain Range, averaging from 300 to 550 inches, primarily in the winter months. Most of the precipitation in the Coastal Region is rain, usually around 60 or 70 inches, while the central and eastern regions are somewhere around 10 to 13 inches.

Best Places to Live in Oregon (Well, Some of Them)

Although Corvallis, Eugene and Ashland are on the 2018 Top 100 Best Places to Live, Oregon has a wide range of attractive communities depending on employment and lifestyle needs. Many cities on top-rated lists are along the north-south I-5 corridor.

Portland, the state’s largest city, is home to the NBA Trail  Blazers and professional soccer Portland Timbers, as well world-renowned Powell’s Books. Portland, whose collection of unique neighborhoods give it combined urban hipster and laidback lifestyle vibe, is regarded as one of the top bike-friendly cities in the country and consistently ranks among the greenest communities. With a population of about 639,000, Portland is similar in size to Memphis and Oklahoma City. The Portland metro area of about 2.4 million is similar to San Antonio and Pittsburgh. It is the home of Portland State University, the University of Portland, Portland Community College, Lewis & Clark College and Reed College.

Nestled in the heart of the Willamette Valley, the state capital of Salem is roughly the same size as Eugene, each with more than 161,000 residents, according to the U.S. Census Bureau. Salem, the home of Willamette University, also features the 23-acre Riverfront Park along the Willamette River.

From urban to rural, from high tech to agriculture, from the Pacific Coast to mountain ranges, Oregon offers unlimited lifestyle choices with a complete change of pace often just a short drive away.

Discover More of the Best Places to Live in Oregon

Oregon ranks high among best states for business in a wide range of surveys, including Forbes, which gave high marks for labor supply and potential growth. Nike and its recognizable Swoosh are based in Beaverton. Intel, the computer chip giant, has a large facility in Hillsboro, about 25 miles west of Portland, helping the area become known as the Silicon Forest. Facebook is continuing to expand its cutting-edge data center campus in Prineville, about 40 miles northeast of Bend, adding additional facilities to the more than 1.25 million square feet.

Crater Lake National Park, located in the Cascade Mountains in southern Oregon, offers breathtaking scenery centered around the deepest lake in the United States. Mt. Hood, with an elevation of 11,239 feet, is surrounded by 11 glaciers and is part of the Mt. Hood National Forest, which offers hiking, camping and year-round skiing, including the historic Timberline Lodge.

The Columbia River Gorge is the largest designated National Scenic Area in the country with more than 292,000 acres. Oregon features roughly 360 miles of Pacific Ocean coastline, stretching from the Columbia River in the north to the California state line in the south. There Oregon coast includes 10 historic lighthouses, several parks and an array of amazing inlets and bays.

Cost of Living Near National Average

Oregon’s cost of living is slightly higher than the national average, according to the Council for Community & Economic Research (3rd quarter, 2017), but that was offset by a 5.1 percent increase in median household income, one of the largest increases in the country.

These Are the 5 Most Affordable Cities in Oregon

As a prime relocation destination, the cost of housing is on the rise in Oregon, but not out of line with national increases. The median home price in Oregon is $318,000, an increase of 7.5 percent over the previous year. In terms of infrastructure, which includes transportation, energy and internet access, Oregon was ranked No. 1 by U.S. News & World Report, including renewable energy usage.

Oregon is listed in the upper half of state education rankings for public education. The University of Oregon, with more than 23,600 students, and Oregon State University, with an enrollment of 31,900, compete athletically in the rugged Pac-12 Conference. The Oregon Institute of Technology, University of Portland, Warner Pacific College, Pacific University and George Fox University all rank high among western regional universities and colleges.

Oregon has 17 community colleges with more than 60 campuses and centers throughout the state.