The 5 Most Affordable Cities in Oregon

Can't afford Portland but want that Oregon vibe? We've got the affordable options for you. 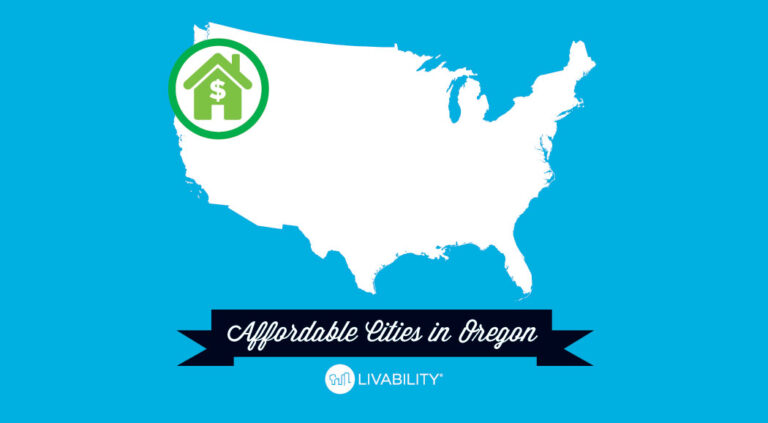 With a nickname of the Beaver State, Oregon is world famous for free spirits, unique landscapes and rainy days.

Using data collected from many different cities, Livability.com has compiled a list of five of the most affordable places to live in Oregon. But this isn’t just the cheapest areas. Quality of life was just as important as cost of living in our consideration.

Known as a producer of both rare metals and grass seed, Albany also has a thriving arts and culture scene.

There’s plenty to do in Albany for those who live there. For music lovers, River Rhythms and Mondays at Monteith are summer concert events. Music, along with arts and crafts and hot air balloons, are the attractions for the Northwest Arts and Air Festival at the end of August.

A historic carousel, which is now under construction, will feature 52 wooden animals. Visitors can watch craftsmen hand-carve the creatures.

Another affordable alternative to Portland is Gresham, which lies just east of the state’s most populous city.

Residents here are active outdoors as a part of the Springwater Corridor, a 40-mile walking and biking path linking Metropolitan Portland, cuts through the middle of the town.

The Top 10 Healthiest Cities in America

There are also more than 300 acres of city parkland and 840 acres of natural areas.

Gresham’s downtown area is filled with shopping opportunities, bars and restaurants. Gresham Station has more than 50 shops. For those who love to dine on locally grown produce, there are three major farmers’ markets.

A bedroom community just south of Portland, Oregon City carries the best qualities of the state along with the flagship name.

Oregon City, the end of the Oregon Trail, carries a lot of history within its borders. Interpretive centers and museums (as pictured above) tell the story of the early pioneers. Visitors can glimpse the impressive Willamette Falls from the historic Arch Bridge and stroll the McLoughlin Promenade.

The 10 Best Cities for Historic Preservation

Mt. Hood can be glimpsed from many parts of the city.

Known as “The Hub City,” Hillsboro got that way because of its reputation in high-tech industries. So much so that it is also called the Silicon Forest.

Semiconductor chip maker Intel Corporation has a large operation here. Other technology companies with a presence in Hillsboro include Yahoo!, Oracle and Epson among others.

The 10 Most Affordable Places to Live in the U.S.

Hillsboro is accessible to nearby Portland through a light rail system.

As the government seat of Washington County, Hillsboro features sequoia trees that surround the historic courthouse.

There are also several well-regarded wineries in the area.

Oregon’s state capital is not Portland or Eugene. It’s Salem, which still carries the moniker “Cherry City” as a nod to its agricultural past.

Located in Marion County, Salem has a lot of great buzz. In 2014 and 2015, the city ranked on Livability’s 100 Best Places to Live due to its amenities, healthcare and educational opportunities.

Why Salem, Oregon is One of the Best Places to Live in the U.S.

It’s also a great place to raise a family with a wide variety of public parks, play places and the A.C. Gilbert’s Discovery Village.

The Willamette Valley is also filled with public botanical gardens.