These South Carolina cities offer affordable living to even the most budget conscious of residents. 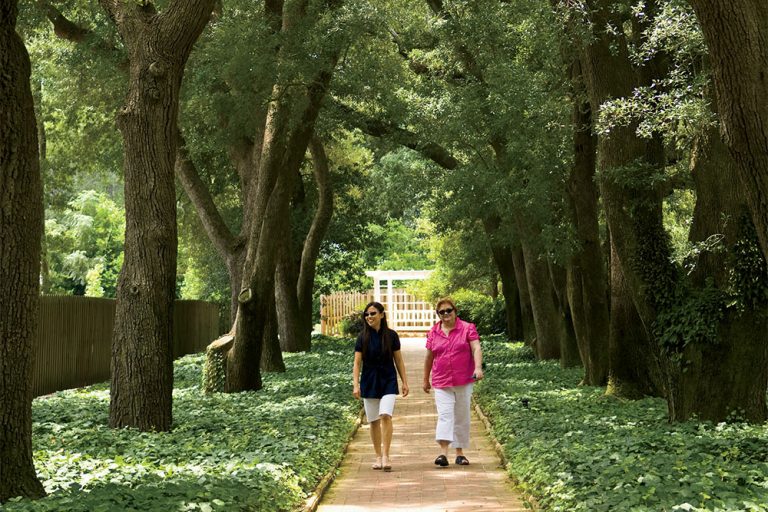 If majestic palmettos and access to some of the best beaches in the U.S. aren’t enough motivation for you to move, perhaps the low cost of living in South Carolina will convince you.

But the cities on this list aren’t necessarily just the cheapest places in SC. Instead, we looked at the average cost of living, as well as key components such as transportation, housing, dining options, and utilities. From this, we looked for cities that offered a nice balance between affordability and quality of life.

The World’s 7 Natural Wonders Are Actually in South Carolina

What follows is just that list: The 5 Most Affordable Cities in South Carolina. (That are also a lot of fun to live in.)

For those who enjoy small town living at an affordable rate, Easley is the place for you.

A part of a metropolitan area that also encompasses Greenville and Maudlin, Easley is also a favorite for outdoor lovers because of its proximity to the Blue Ridge Mountains.

The city also has an impressive downtown area, water-feature park and outdoor amphitheater, where residents and visitors enjoy a concert or two when the weather is nice.

There are facilities for disc golf, baseball, softball, lacrosse, soccer, tennis, volleyball and basketball. Cycling is also big here, as the city plays host to BMX events and has a velodrome, a banked track for bike racing.

10 Bucket List Things You MUST Do in Rock Hill, SC

Even Quidditch, the now semi-fictitious broomstick game from Harry Potter, is played here.

If you aren’t into sports, there are still other reasons to move to Rock Hill. The median home price is highly affordable at $131,400. The median household income is $40,718.

This is horse country, so there is plenty to do for the equestrian set, especially those of the polo persuasion.

In addition, there’s garden hikes, a popular farmers market, a planetarium and train and carriage museums. Aiken’s claim to fame includes a stroll down the gorgeous South Boundary, also known as the “Avenue of the Oaks,” which makes a canopy over the roadway.

For those who want to take advantage of all Charleston has to offer without actually living in the city, fast-growing Mount Pleasant offers a fantastic alternative.

Located just over the Cooper River via the Arthur Ravenel Bridge from Charleston, this suburban town has a median home price of $351,500. Median household incomes are relatively high, as well, at $76,202.

With an expansive dining, art and shopping scene, as well as history galore, are you surprised to find that South Carolina’s second largest city is an affordable place to call home?

Charleston’s median home price hovers at $248,200 while the median household income sits at $52,971, which isn’t bad for what residents enjoy.

The Best Neighborhoods in Charleston, SC

Founded in 1670, Charleston is the oldest city in the state, and as such, historic homes, churches and other structures dot nearly every corner of it. Another piece of trivia: The first shots of the Civil War were fired at Fort Sumter in Charleston Harbor.

Considered one of the top cities for theater, Charleston is the site of the popular Spoleto Festival USA, a performing arts event held every spring.