Skip to content
Home > SC > Charleston > Where to Live Now > The Best Neighborhoods in Charleston, SC

The Best Neighborhoods in Charleston, SC

Considering a move to Charleston? Start with these charming neighborhoods. 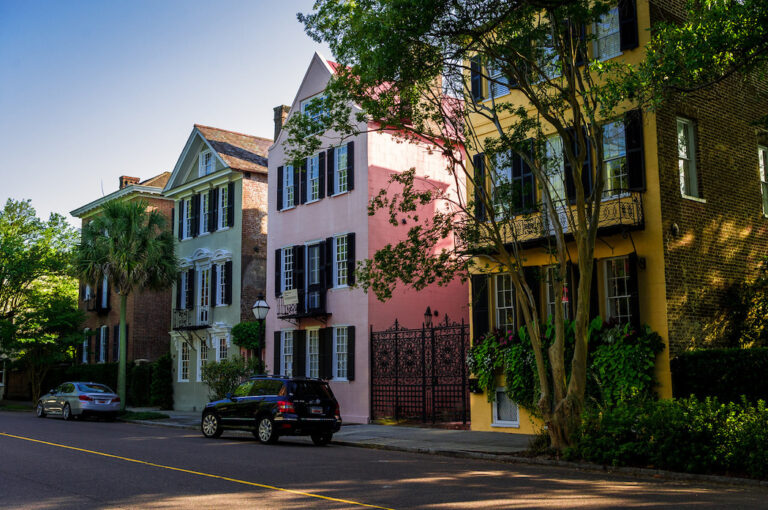 Charleston is a warm, vibrant city chock full of reasons why you should move there—like the mild weather, the foodie-friendly environment, or the Southern charm of the city. Of course, deciding to move is the first step; deciding where exactly is the next. So here are some of Charleston’s top neighborhoods for you to peruse to help you decide:

This neighborhood used to be seen as two separate boroughs, but clearly that is no longer the case. Cannonborough/Elliotborough is currently going through a revival, with a new sort of energy and youthfulness seeping into its culture. It also has some of the best eateries around.

The French Quarter was once famous for its high concentration of French Huguenots who lived there—but what was once a haven from religious persecution is now one of the most romantic areas in the city. The French Quarter is full of art galleries, which naturally lends itself to hosting the Charleston Art Walk several times a year. The oldest theater in the U.S., Dock Street Theatre, can be found here, as well as plenty of historical sites.

The name of this neighborhood really says it all—it’s located right in the heart of the city, meaning you’re nestled between many major sites, stores, and restaurants. Of course, such wonderful access comes with a price—besides dealing with tourists pretty often, and high real estate to boot. But hey, if you can afford it, it’s completely worthwhile.

King Street is a bit like 5th Avenue in New York—it mixes high-end boutiques with local shops and some top-notch restaurants and bars. Upper King is home to the Design District; Lower King, meanwhile, has a lot of antique shops and art galleries. It’s also known for its fun nightlife scene.

Harleston Village is incredibly diverse and lively. Thanks to its proximity to Colonial Lake and Moultrie Park, it draws many people who love the outdoors. It tends to be a quieter residential area, with lots of businesses, corner stores, medical professionals, and more within walking distance—meaning you have both proximity to Charleston without the hassle of constant tourists.

Popular with young professionals and families, Wagener Terrace offers access to the majority of Charleston’s restaurants and shopping as well as Hampton Park—but without the constant bustle of downtown life. Most of the homes here have spacious front and back yards, and were built between the 1920s and the 1950s. The neighborhood offers a true sense of community along the Ashley River.

If you’re looking for an area with good history, West Ashley is the oldest suburb in all of Charleston. In fact, the Charles Towne Landing State Historic Site marks the very spot where the first European settlement in the Carolina area was founded. Also located along the Ashley River, it features the only zoo in Charleston, historic plantations, minor battlefields from the Revolutionary and Civil wars, and plenty of places to shop.