Skip to content
Home > SC > Beaufort > Where to Live Now > The Best Neighborhoods in Beaufort, SC

The Best Neighborhoods in Beaufort, SC

Looking for the best places to live in Beaufort, SC? This is where you should begin. 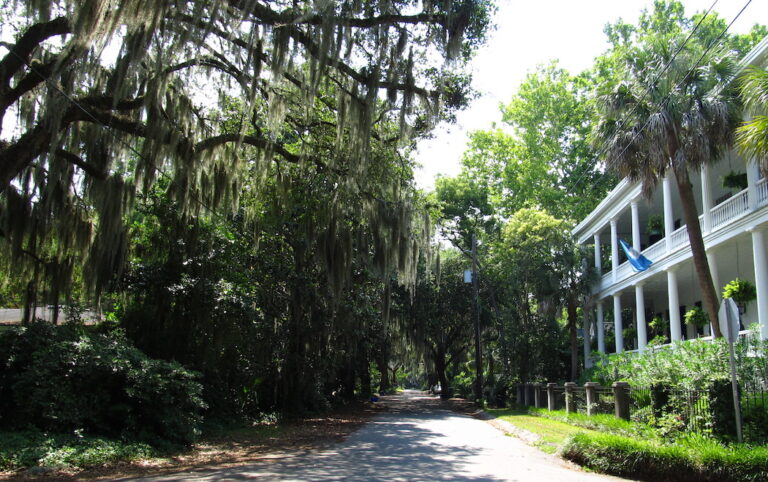 Beaufort is a great city across the board, whether for young professionals, families, or retirees. Likewise, it has many neighborhoods to fit any taste or need, most of which overflow with Southern charm mixed with a friendly seaside vibe. Here are some the best neighborhoods in Beaufort:

If you’re looking for a charming, family-friendly area, Battery Point is a great choice. Nestled underneath the soaring oak and palm trees, it has a bit of everything, from walking trails and docks to front porch living and a children’s play area. There’s also a walking trail that was built along the marsh that many enjoy. Plus, it’s only a few miles from downtown Beaufort.

Why Beaufort, SC, Is One of the  Best Small Towns in the U.S.

If your budget is on the larger side, Newpoint would be a great choice for you. The streets are lined with front porches and sidewalks that are dotted with lemonade stands in the warmer months. Neighbors enjoy strolling or jogging through the tree-lined streets, and there is a dock and a park as well. While it is not strictly in Beaufort city proper, it is right on the cusp of it.

Another neighborhood on Lady’s Island, Ashdale is known for homes that have spacious yards and beautiful landscaping. Some homes even abut a protected nature area, or have private docks. If you don’t want your own dock though, no worries—there is a community boat landing you can use, too. Plus, being near the Morgan River, it’s a great place for fishing, shrimping, crabbing, and more.

Located back on the mainland, Spanish Point offers both fantastic water views, as well as some waterfront properties. It’s found mere minutes from downtown Beaufort, meaning it offers great access to shopping and dining. It’s a younger, well-educated neighborhood, and sees a lot of families, who are attracted to its various nearby schools.

Within walking distance of downtown Beaufort, Pigeon Point is full of history and charm. Apparently some of the buildings used to hold World War II prisoners, but besides that it’s filled with cute bungalows as well as massive waterfront retreats. Better yet, there’s a public boat landing and its own public park (Pigeon Point Park). It’s also known for its diversity and eclectic nature. Plus, there are many affordable options here, ranging from the tens of thousands to the high hundreds for waterfront property.

Awarded the 2013 Bliss Award for Happiest Community of the Year by Real Estate Scorecard, Coosaw Point is definitely a great place to keep in mind. Space here tends to be more open, with cottages resting on yards that spread out underneath the Spanish moss. Plus, there are tons of perks for the community, including a private dock, clubhouse, outdoor pool, fitness center, tennis courts, parks (and a dog park), and more. And it’s only five minute from downtown Beaufort, so it’s really the best of all worlds. Property here can be expensive, though—but there are deals to be found if you keep an eye out.