From murals to museums to music, the sights and sounds of this dynamic region rival its scenic beauty. 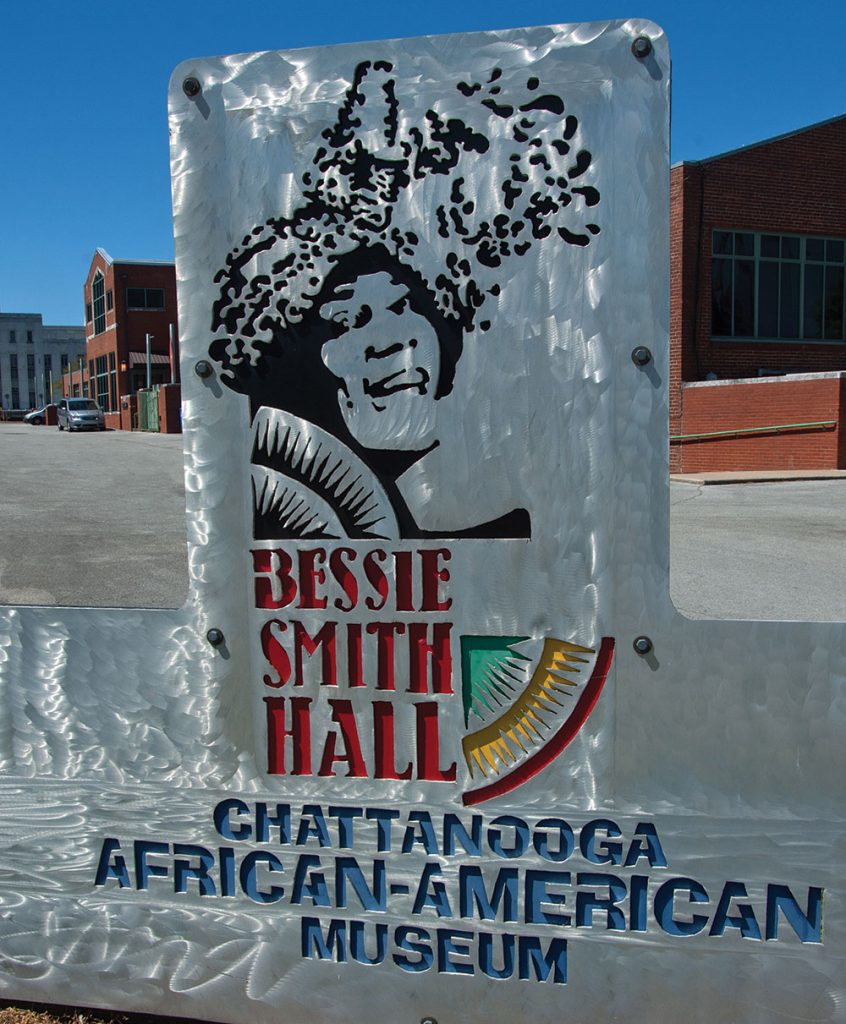 When you walk down the streets of the towns and cities that make up Greater Chattanooga, you’ll come across several elaborate murals on display. Some of the more memorable images include a group of flying donuts, a pair of striking blue eyes, a swinging Spiderman and the massive 42,000-square-foot MLK mural, one of the five largest murals in the country.

But these magnificent murals are just one facet of the dynamic arts scene in the region. Here is a sample of all you can experience in Greater Chattanooga:

Named for the Chattanooga native nicknamed the “Empress of the Blues,” the Bessie Smith Cultural Center celebrates the region’s African American history and culture. The center is located on East Martin Luther King Boulevard. Besides exhibits, the venue features a Bessie Smith Performance Hall and has become a popular destination to host shows, banquets, meetings and various community events.

This historic 1.5-city-block neighborhood set atop stone cliffs provides panoramic views of the Tennessee River, Walnut Street Bridge and downtown Chattanooga. One of the most popular areas of town, the Bluff View Art District draws thousands each year to its restaurants, coffee house, galleries, and bed and breakfast.

See a show in Fort Payne, Alabama, at the DeKalb Theatre, a historic venue that is celebrating its 80th anniversary in 2021. Seating for movies and stage shows is available for about 380 patrons, and a main floor section can retract to create more floor space for dancing, small concerts, comedy acts and banquets.

Fall in love with the boundless outdoor recreation activities available in this region along the Tennessee, Georgia and Alabama line.

Take your child to a dance class at Cleveland City Ballet, originally founded in 1936 and now the oldest continuous-running arts business in Tennessee. The nonprofit arts dance organization has trained numerous children from Cleveland, Tennessee, and Bradley County over the years, and today, the ballet is headquartered in a historic Old Woolen Mill building in downtown Cleveland.

Shop for artisan goods at Chattanooga River Market, which is primarily an arts and crafts event that opens to the public every Saturday from April to December, typically from 10 a.m.-5 p.m. The market is at the open-air Tennessee Aquarium Plaza along the Tennessee River, and live music and food trucks often join the local artisans.

Check out the works of art on outdoor display at the Robert T. Webb Sculpture Garden in Dalton, Georgia. Located on the city’s Creative Arts Guild grounds, the garden features over 50 sculptures in three different sections of the property. Some of the more popular works include “Reflection,” “Two Swans,” “Strength from Within,” “First Born” and “Narcissus.”

Hint: You’ve probably used, or savored, some these 7 products recently.