Chattanooga Honors the Past and Looks Forward to the Future

A new memorial in the NorthShore area of Chattanooga offers healing. 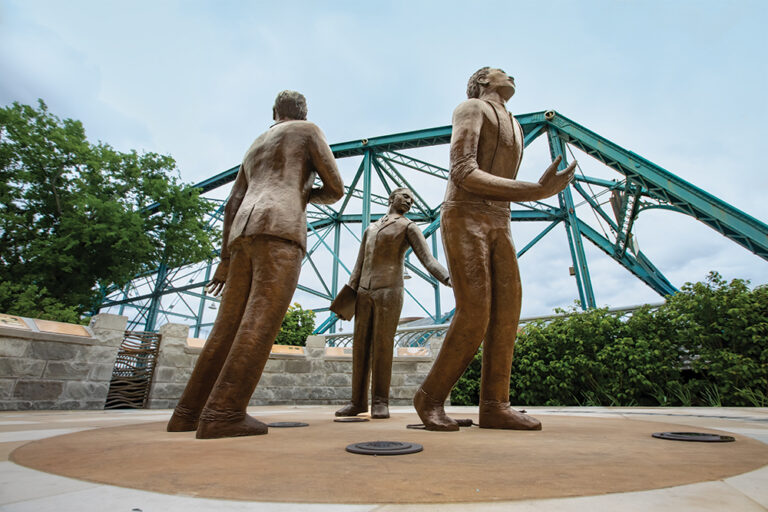 In remaking abandoned industrial land, The Bend aims to honor Chattanooga’s past, present and future. Just down the road, near the south end of the Walnut Street Bridge, the three bronze statues of the Ed Johnson Memorial would seem to nod in agreement, bearing witness to one of the most tragic episodes of Chattanooga’s past and saying we must understand our history to navigate our future.

In 1906, Johnson, a Black man, was wrongly accused of raping a white woman and sentenced to death. When his attorneys, Noah Parden and Styles Hutchins, received a stay of execution from the U.S. Supreme Court, a white mob stormed the jail and hanged Johnson from the Walnut Street Bridge. In the only criminal trial ever held by the U.S. Supreme Court, the Hamilton County Sheriff and several other men were convicted of contempt of court.

After a years-long campaign of advocacy, education and fundraising by community members, a memorial with statues representing Johnson, Parden and Hutchins was dedicated in September 2021. In addition, a partnership between the Chattanooga Mayor’s Office, Chattanooga Area Chamber of Commerce and Urban League launched the Styles Hutchins Fellows program for Black college students that aims to attract, recruit and retain early-career Black talent in Chattanooga.