Powered by a highly-skilled workforce and great logistics network, the Volunteer State is leading the nation's EV evolution. 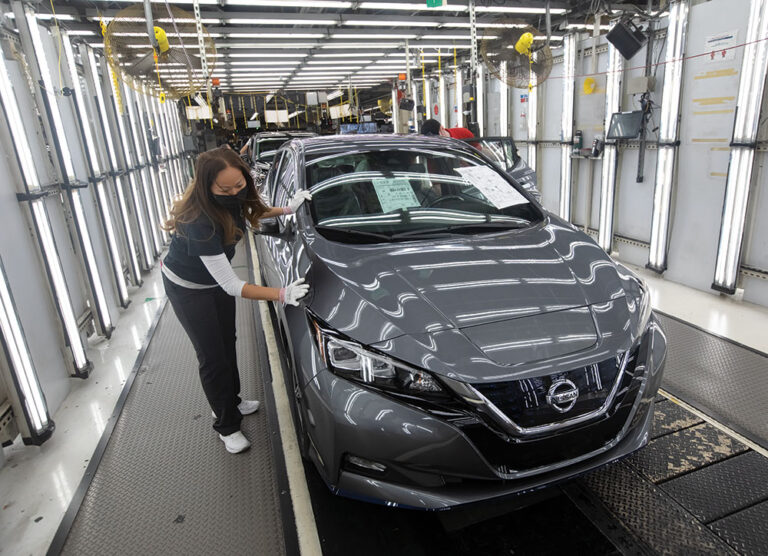 A combination of affordability, low business costs, prime location, superior transportation infrastructure and a high-quality workforce has turned Tennessee into an economic powerhouse.

Tennessee is on the lead lap of electric vehicle manufacturing as innovation continues to drive the state’s economy.

“Tennessee is a premier destination for business. Our workforce is top-notch, and we have all those intangibles that people want: clean air, clean water, hiking, biking and boating.”

“The state has its foot on the accelerator, and we’re not stopping,” says Scott Fiedler, a spokesperson for the Tennessee Valley Authority. “This is a business-friendly state with leadership that understands the importance of attracting quality investment.”

Significant investments from original equipment manufacturers Nissan, General Motors and Volkswagen have totaled nearly $12 billion since 2017. And there’s much more to come in the electric vehicle manufacturing sector in Tennessee.

This planned $5.6 billion automotive assembly complex on a 6-square-mile site in West Tennessee will be the largest, most advanced and efficient automotive production campus in Ford Motor Company’s history. The campus will include a Ford assembly plant, a supplier park, and a battery manufacturing and recycling plant in partnership with SK Innovation.

In addition, Tritium, a global leader in the electric vehicle charging industry, is establishing its U.S. manufacturing base in Lebanon.

While all this new investment in Tennessee’s EV industry is exciting, the state entered this innovative sector nearly a decade ago, thanks to Nissan. The auto manufacturer has been assembling electric vehicles in Tennessee since production of the all-electric Nissan Leaf began in 2013.

Then came production facilities from Volkswagen in Chattanooga and General Motors in Spring Hill, which combined, attracted more than 900 automotive suppliers throughout the state.

“Tennessee is well suited for EV manufacturing due to our diverse and highly skilled workforce, location for efficient logistics routes and future talent pipeline from our colleges and universities across the state,” says David Johnson, senior vice president of manufacturing and supply chain management at Nissan North America, which has its headquarters in Franklin.

Johnson says during 2020 and 2021, Nissan Smyrna Vehicle Assembly Plant and Nissan Decherd Powertrain Assembly Plant launched three all-new models and two all-new powertrains that have put the company in a strong position in a competitive market.

“Moving forward, Nissan Smyrna and Decherd will continue to work together to produce the all-electric Nissan Leaf – in addition to several other vehicles crucial to the overall Nissan lineup – and will be strong contributors to Nissan’s EV plans in the future,” Johnson says.

Today, nearly 20,000 Tennesseans are employed making EVs. TVA’s goal is to have 200,000 EVs on the road in Tennessee by 2028 as part of efforts to reduce carbon emissions.

“We have to drive carbon out of the system, and we are doing that,” Fiedler says. “Nearly 60% of the power we generate today is carbon-free. That helps make Tennessee and the entire TVA region a beacon for business, including the EV sector.”

Currently, only 24 fast-charging locations operate in the state. Access to charging stations is critical to the growth of the EV industry. TVA and the Tennessee Department of Environment and Conservation have partnered to develop a statewide electric vehicle Fast Charging Network with a plan to place stations every 50 miles along Tennessee’s interstates and major highways.

“Our goal is for EV drivers to be no more than 20 minutes away from a charging station,” Fiedler says.