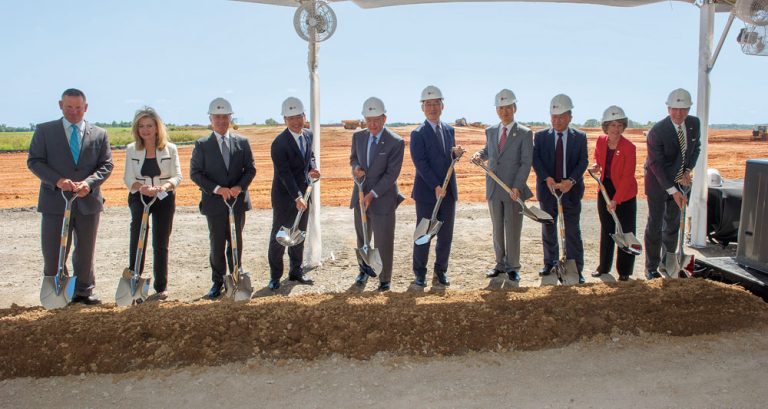 Global businesses are beating a path to Tennessee, where 934 foreign-based companies have invested more than $34.6 billion and created nearly 138,000 jobs.

Foreign-based businesses continue to invest – including $10 billion since 2011 alone –  and create jobs at a rapid pace in Tennessee, where they find a powerful combination of advantages, including a job-ready workforce, pro-business environment, central location, access to markets and low costs.

“Tennessee is centrally positioned between the automotive corridors of the Southeast U.S. and the Rust Belt. If an international company is looking to distribute its products throughout the U.S. and access the population centers, Tennessee offers easy access either by road, air or rail, with eight interstates, six commercial airports and six Class I railroads,” says John Bradley, senior vice president for economic development at the Tennessee Valley Authority.

“With Tennessee being a right-to-work state, ranked in the top quartile in the U.S. for taxation and programs like Tennessee Promise and Tennessee Reconnect (which offer higher education at no cost), there are good reasons for companies to consider Tennessee,” says Bradley.

Driving foreign direct investment (FDI) is the state’s automotive sector, which includes major assembly operations for Nissan and Volkswagen. More than 120 of the 900-plus auto suppliers with operations in Tennessee are foreign-owned. Tennessee is also home to the North American headquarters operations of major companies, including Nissan, Bridgestone Americas, Schwan Cosmetics and Hankook tire company.

International companies that have recently chosen Tennessee as their business address include South Korea-based LG Electronics, which is investing $250 million to locate an appliance manufacturing facility in Clarksville.

Switzerland’s ABB, which operates Smith & Nephew in Memphis, is investing $20.7 million to consolidate R&D operations in a new location in the city. China-based auto supplier Minth Group will invest $13.2 million over the next five years to establish a manufacturing facility in Marshall County, and Miyake Forging North America Corp. is investing $13.7 million in its first U.S. manufacturing operations in Hawkins County. The company is creating 60 jobs.

Finland-based Nokian Tyres is investing $360 million to build its first North American manufacturing facility in Rhea County. The company has manufacturing operations in Finland and Russia. The company is creating 400 jobs at the new facility, which will have the initial capacity to make 4 million tires a year.

“Selecting a North American site shows our commitment to our customers in one of our most important growth areas. The Dayton-Rhea County site was selected based on several factors, including skilled workforce availability, logistical advantages and business friendly administration. After thorough investigation, it was clear that Tennessee was the best choice for the factory, and we are proud to become part of the community,” says Andrei Pantioukhov, Nokian Tyres’ interim president and CEO.

Why Tennessee has a Unique Innovation Sector

Front of the Line

At the conclusion of the selection process, Tennessee was at the front of a long line of potential locations for the facility. The site selection process was performed with an international group of consultants, exploring all of North America.

“Comprehensive criteria for the search were used to determine the best location for the new factory,” says Hans Dyhrman, Nokian’s director of marketing.

Those criteria included the power grid and logistics — rail access, easy truck access – and the workforce. The company also considered the quality of life, including recreation and educational opportunities. The final decision was based on several factors that included logistics and distance to existing customers, as well as planned growth and the business environment. Tennessee offered the best combination of these elements.

“With this investment, we will get the needed capacity for growth. And while the Dayton factory clearly enables us to serve our North American customers better and more efficiently, it also improves our production capabilities and customer service throughout our global operations,” says Petteri Walldén, Nokian Tyres’ chairman of the board of directors.