From quaint downtowns and superb suburbs to stunning rural settings, this county in Middle Tennessee offers new residents a vast array of choices. 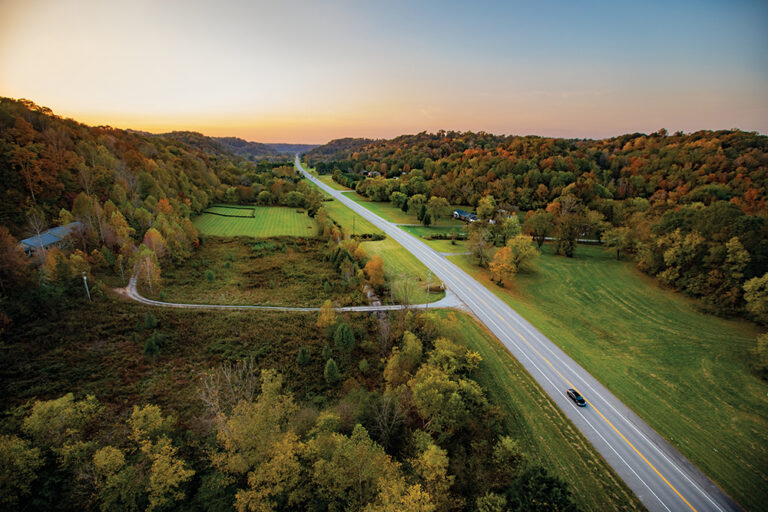 There is so much that’s appealing about Middle Tennessee, including access to live music, plenty of Southern hospitality and good weather, to name a few. But you don’t have to live smack dab in the heart of downtown Nashville to take advantage of all that makes this area so unique — Williamson County offers an alternative to big-city living that checks all the boxes.

Population: 85,469
Walking the streets of historic downtown Franklin, you might start to feel like you’re inhabiting a postcard that’s come to life. The buildings are gorgeous, and the shops are unique, but it’s more than the aesthetics that make Franklin special: It’s the people, the friendliness and common courtesy that accompanies every interaction.

Of course, this attitude extends beyond historic downtown Franklin, whether you’re running into an acquaintance at the Saturday morning farmers market at The Factory or gathering with friends at Pinkerton Park.

Always family-friendly, Franklin also hosts a number of notable events throughout the year, including its annual Main Street Festival in the spring and its Dickens of a Christmas festival in the winter.

Population: 45,491
Nestled between Franklin and Nashville, Brentwood is a picturesque community filled with rolling hills, gorgeous greenery and beautiful houses along tree-lined streets. If you crave a little more sport with your Vitamin D, there are plenty of great golfing spots in the city.

Beyond outdoor recreation, Brentwood is known for excellent schools and upscale neighborhoods with outstanding safety ratings. Brentwood further sets itself apart with its top-notch retail and restaurant options, which boast an excellent balance of locally-owned and national chain stores.

Population: 9,662
Hospitality is the name of the game in Fairview, and it’s where you’ll find a truly authentic small-town feel. With a population of just under 10,000, Fairview boasts close-knit neighborhoods, good schools and Friday night football games that bring the whole town together.

Ideally situated near multiple highways, Fairview is excellently positioned for commutes to Nashville, Franklin and Dickson. Fairview is where you live if you value peace, community and nature. It’s home to Bowie Nature Park, which is overflowing with engaging activities, including a treehouse playground, an education center and miles of trails for biking, hiking, horseback riding and more.

Population: 53,339
Spring Hill continues cultivating a strong community identity with values that include hospitality and supporting local businesses. Residents really show up for their fellow community members and embrace their endeavors.

Spring Hill falls somewhere between rural and suburban, and the city’s shops, schools and other amenities are nicely spread out. Spring Hill is unique in that it’s divided between two counties — Williamson and Maury — so keep that in mind when house hunting.

Population: 15,487
Like Fairview, Nolensville is also a more rural setting — but it’s quickly attracting more residents and new development. Its population has grown by nearly 12% since 2020.

New housing and storefronts keep popping up, with no sign of slowing down anytime soon. There’s a unique blend of shopping and dining opportunities in Nolensville, with a plethora of charming boutiques and mouthwatering restaurants (be sure to try Outlanders Southern Chicken!). Additionally, the town frequently tops “Best Of” lists when it comes to public education, which compels many families to move to the area.

Population: 650
You’ll find Leiper’s Fork just a short drive from Franklin, down the Natchez Trace Parkway. While off the beaten path, this quaint hamlet offers a delightful mix of food and drink, nature and arts.

Charming restaurants like Country Boy offer traditional Southern fare, while Leiper’s Fork Distillery and Wines in the Fork both offer delicious whiskey and wine tastings, respectively. But perhaps the biggest draw to Leiper’s Fork is the art. This Williamson County gem is a haven for art lovers, offering inspiring scenery, plentiful gallery spaces and antique shops.

Population: 7,960
All aboard! Thompson’s Station, which was once a stop on the Great Train Trail, today features a reconstructed version of the original train depot — which doubles as the town hall.

Thompson’s Station is small and rural, but thanks to the new FirstBank Amphitheater, residents don’t have to go far to experience epic performances. This boutique amphitheater has been thoughtfully designed to complement the surrounding land. The consideration that went into the development of this outdoor venue truly reflects the town’s dedication to sustainable growth and nature preservation, which residents value so highly.