With dozens of celebrations and festivals on the calendar, the long list of things to do in Williamson County means you'll never be bored here. 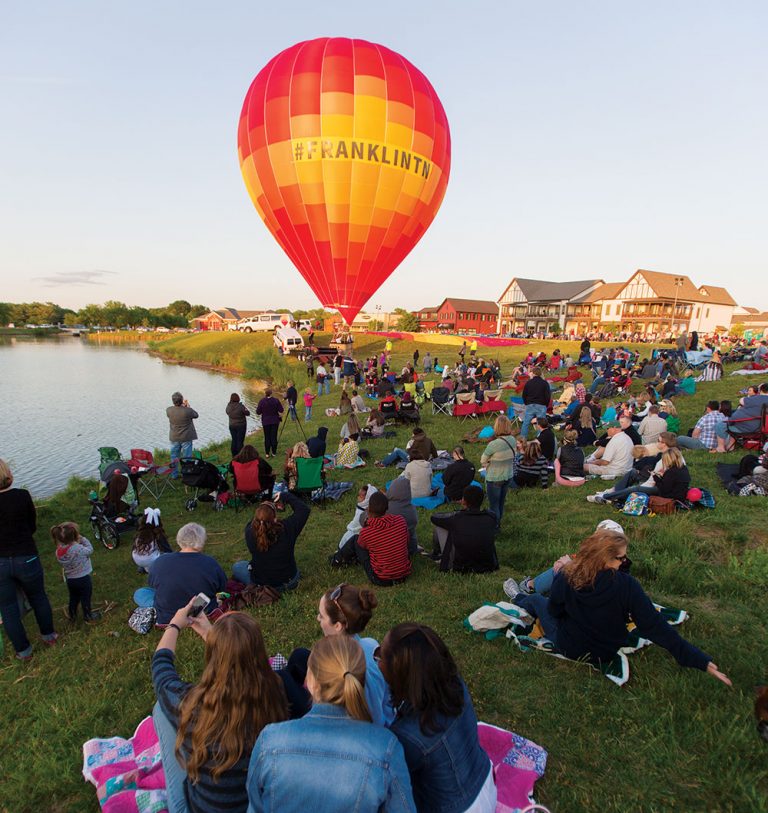 Williamson County knows how to throw a party, and they throw many throughout the year. If you’re looking for things to do in Williamson County, start with these great festivals and celebrations.

APRIL: This month brings the award-winning Main Street Festival in Franklin, an Arbor Day Celebration in both Franklin and Brentwood, and the Buttercup Festival in Nolensville.

MAY: On weekends in this month, the Tennessee Renaissance Festival descends upon Arrington.

JUNE: For a soaring adventure, check out the Franklin Hot Air Balloon Classic at Harlinsdale Farm. Other June highlights include the annual Westhaven Porchfest music bash in Franklin and the Blackberry Jam Music Festival at Franklin’s Boyd Mill Farm.

JULY: Highlights this month include the annual Bluegrass Along the Harpeth Fiddlers Jamboree in Franklin.

SEPTEMBER: One of the biggest events in Williamson County each year arrives on the third weekend of this month. At the Pilgrimage Music & Cultural Festival on the Harlinsdale Farm, more than 40 top music acts perform over the two-day event. Past headliners have included Justin Timberlake, Jack White, Chris Stapleton, Lionel Richie and Counting Crows. Also in September is an annual Thompson’s Station Dog & Pony Show at that city’s Sarah Benson Park, and Fairview Nature Fest, which takes place each September at the 700-acre Bowie Nature Park.

If you’ve just moved to Middle Tennessee, or are in town for a 3-day weekend, make sure to put these activities on your to-do list.

Is It Fall Y’all? Check Out These Festivals

Sip Your Way Through Williamson County With These 5 Stops

This Middle Tennessee county offers tourists and residents savory experiences around every corner. Here are 5 places you should visit after a day of play or work.