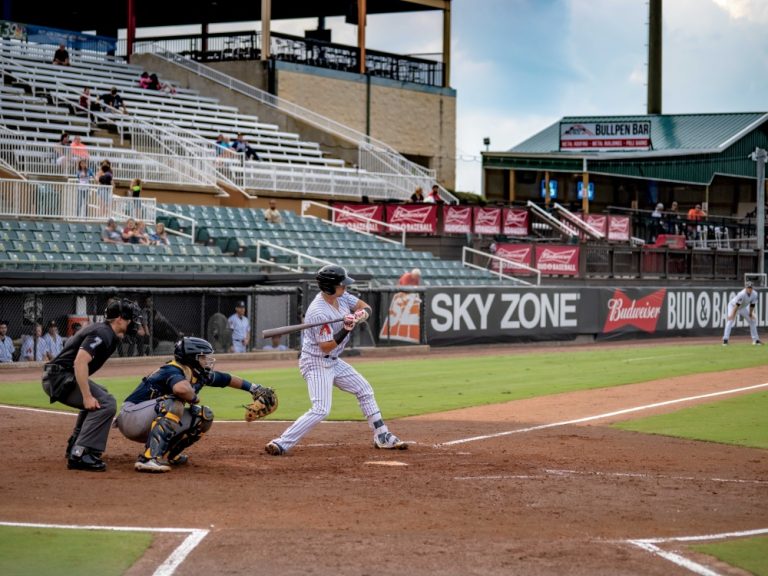 Root, root, rooting for the home team is more than just a saying in Jackson. That’s because after two decades of existence, the Jackson Generals minor-league baseball team is truly part of home for the local community.

“The No. 1 question that we ask as an organization is, ‘How can we involve and engage the community and make it better?’ â€ says Generals president Jason Compton, who has been with the organization for 19 of its 21 seasons in Jackson. “We have some season-ticket holders and corporate partners who have been with us since the very beginning in 1998. You get used to seeing those people out here all the time.”

And, much like a community overall, there are many different types of people attending the games. Some are true baseball fans who are in their seat at The Ballpark at Jackson for all 70 home games each year. Others might attend only two or three times a season, savoring the hot dogs as much as the home runs.

That’s why the Generals have a wide variety of promotional events every season, In 2018, for example, they had special theme nights for Star Wars, Game of Thrones, Harry Potter, Jurassic Park and even Shark Week. They have put together game shows and carnivals, and a fireworks display is held after every Saturday night game.

“We try to provide something for everyone. There’s definitely a core group of baseball people, but then there are the people who just want to come to an event and enjoy themselves. Some people just come out for the food,” Compton says.

For the foodie fanatics, the concessions at Generals’ games also have a hometown flavor that goes far beyond peanuts and Cracker Jacks. Several items have become traditions that are always on the menu, including catfish po’boys, barbecue nachos and grilled bologna. And even more local fare can be enjoyed on Food Truck Friday.

“We try different things, but we always want to offer what this area and West Tennessee are known for,â€ Compton says. “We try to do as much as we can to emphasize where we are. We want things that are a local tradition.”

Home Is Where the Park Is

The Ballpark remains an integral part of the Jackson scene, with continuous activituy at the 6,000-seat facility – above and beyond AA professional baseball games. College and high school games are held there each year, along with some special tournaments such as the Ohio Valley Conference Baseball Championship and the Southern League All-Star Game.

In addition, several community and nonprofit events take place at The Ballpark. A church service is held there on Easter, and the facility is the site for the Madison County Trunk or Treat Halloween celebration (where more than 2 million pieces of candy are handed out). In 2017, The Ballpark was decked out in a maze of lights that created a trail more than 2 miles long, which Compton says will now be an annual event.

The Ballpark sang a different tune in 2018, holding two major-label concerts for the first time. Nearly 7,000 people attended a hip-hop show featuring Nelly, Juvenile and Bone Thugs-N-Harmony, and approximately 6,000 showed up for a concert headlined by country star Jake Owen.

“The one thing I’ve always heard is we need to have more concerts here,â€ Compton says. “It’s not that easy to do a major concert, but the ones we had this year were so successful that we hope to do two or three a year now.”

“The commitment the city of Jackson made in 1998 when the team moved here was not only to build this stadium, but also to be partners in this and maintain the stadium so it’s always something we’re proud of,â€ Compton says. “There are things that are automatically added when new stadiums are built these days. We’ve gone back and retrofitted our stadium in a lot of those ways.”

Renovations and additions have taken place regularly, including improvements to ticket windows, concession areas and suites.