From mouth-watering barbecue to divine pecan cupcakes, you'll get your fill in this West Tennessee culinary city. 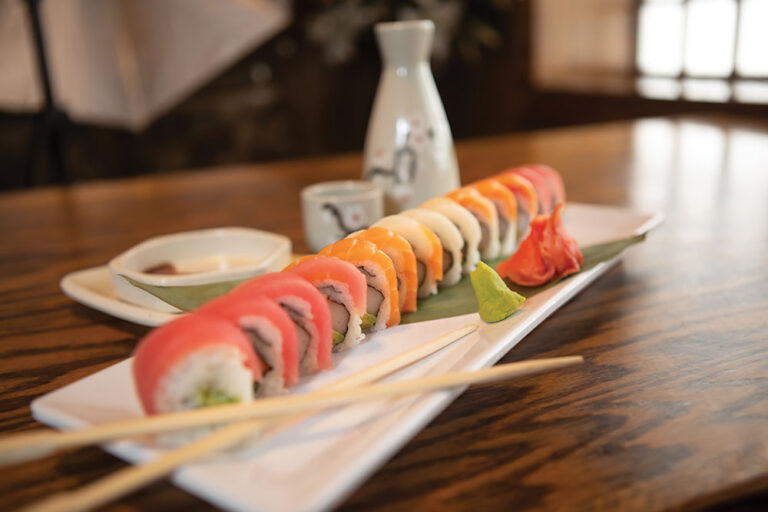 With more than 40 locally inspired restaurants to choose from, Jackson residents and visitors are treated to a phenomenal dining scene.>

Of course, this Tennessee city has fabulous barbecue joints. But restaurants across Jackson can satiate all of your other cravings, serving up everything from sushi rolls and Southern classics to gourmet pizzas and Jamaican fare.>

So bring your appetite and feast your way through these restaurants in Jackson, TN:

Consider this buffet restaurant (shown above) a rite of passage in Jackson. Load up your plate with fried chicken, catfish and ham, then pile on black-eyed peas, sweet potatoes, turnip greens and other Southern sides.

Stop in here, and you’ll be met with some tasty West Tennessee-style barbecue. Baker Bros. serves up sandwiches, ribs and barbecue platters. Pair your barbecue with a pint of draft beer from Hub City Brewing, a brewery in Jackson. (Psst…the fried pickles and peppers are battered with Hub City beer.) 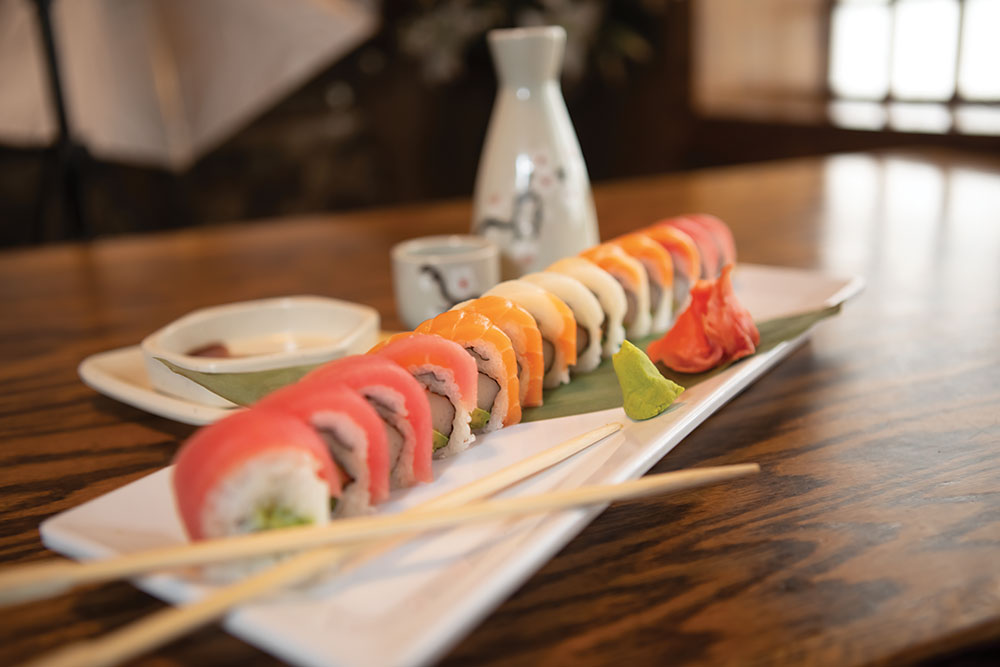 This iconic Asian restaurant has been in Jackson for more than 35 years and features full Japanese and Chinese menus. Plus, there’s a sushi bar. One local favorite and the most popular item on the Sushi menu, the Mexican Roll is a crunchy roll with crawfish, fried white fish, avocado and eel sauce â€“ you won’t leave a grain of rice.

Patrons rave about the jerk and curry chicken dishes, and consider this spot a destination for oxtail. This restaurant in Jackson also has rotating specials throughout the week, featuring traditional dishes like yassa. As for drinks, grab a beer or try a refreshing beverage, such as the ginger or tropical juice. 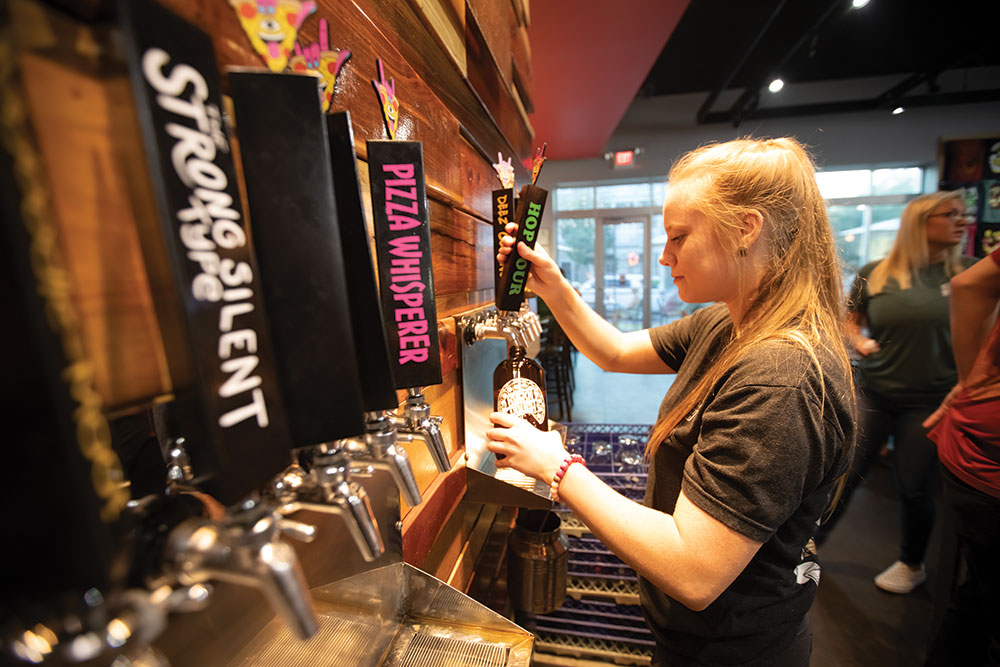 Pizza and beer are a power couple, and Rock’n Dough aces both. (The Pizza Whisperer is an amber ale brewed with pizza lovers in mind). Choose between red and white sauce pies, and make sure to stop in for brunch. There’s a breakfast pizza on the menu.

7. The Coffee Shop in Humboldt

The conversation and coffee are flowing in this friendly coffee and tea shop in Humboldt, TN. Stay for breakfast: quiche, breakfast sandwiches and Belgian waffles are all on the menu. Or pop in for an ice cream scoop or milkshake. 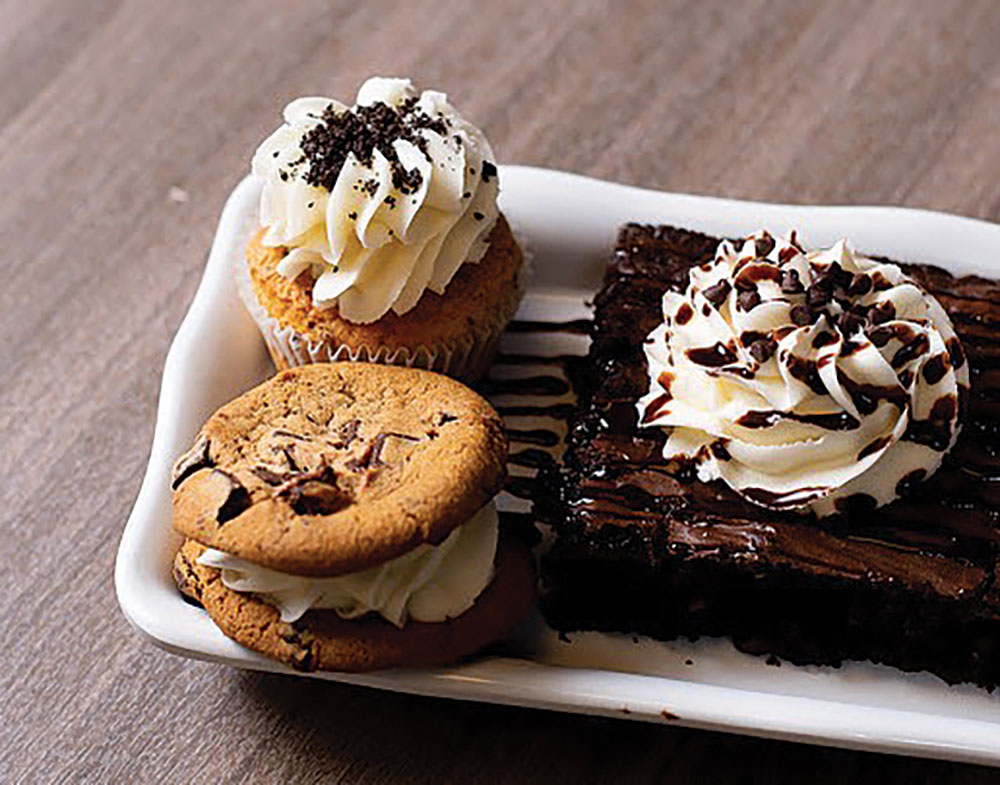 The bakery and cafe in Jackson specializes in boxed lunches and sells a variety of cupcakes. Reviews hint that the pecan cupcakes have quite a fan club.

Make one visit to this Louisiana-infused, Mexican-inspired restaurant, and it will have you longing to come back for more of its delicious cuisine. Grab some coyote cheese fries â€“ think crispy French fries covered in queso, pico de gallo, jalapenos and a drizzling of ranch â€“ or the fired shrimp tacos.

Along with bar-and-grill staples like hamburgers and pizzas, you’ll find bangers and mash and other Irish dishes on the menu. And if you are much of a competitor, grab your friends and attend trivia. 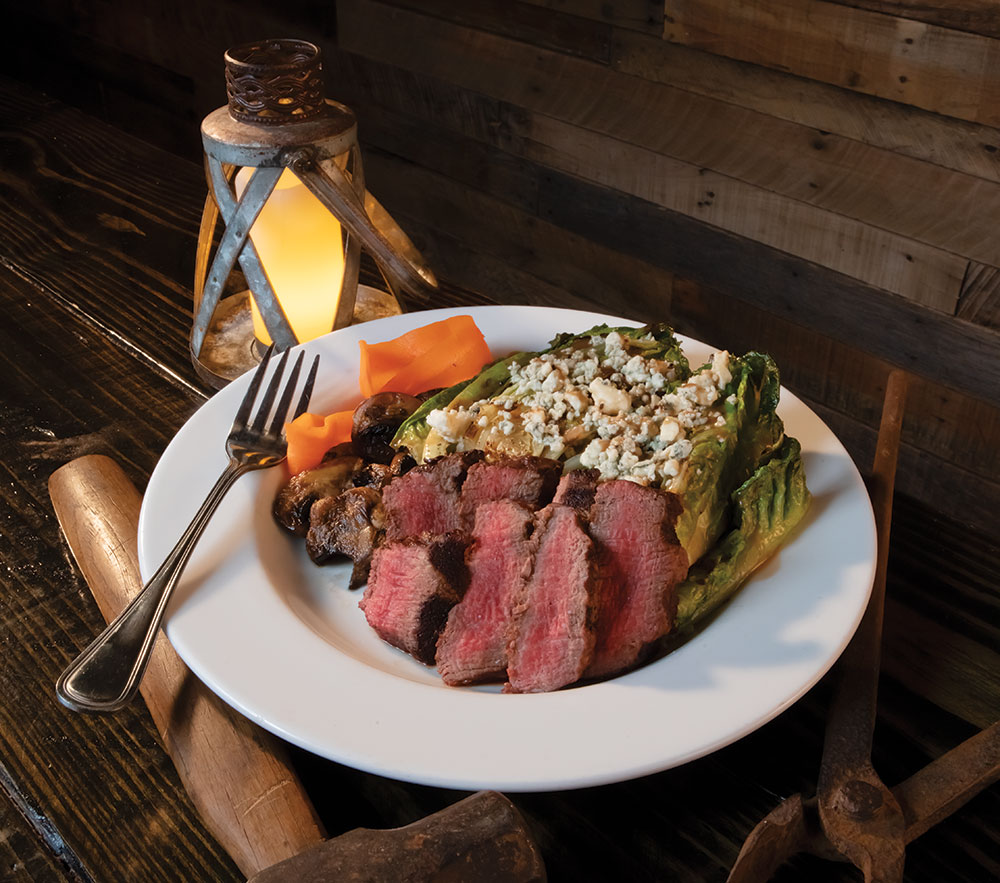 The philosophy at The Blacksmith is forging culinary masterpieces with simple ingredients. The menu has lots of hits, including steak, salmon and a decadent five cheese mac and cheese made with a secret recipe. And to go along with your delicious meal are live music, a spacious patio and fire pits.

Blackened, broiled, fried or Louisiana-style with a spicy sauce? Catfish lovers have their pick at this local landmark. And the hushpuppies and coleslaw listed on the menu have a devout following.

Slow-cooked hickory pit barbecue as well as chicken wings and pecan pie are made from family recipes. Leave with a bottle of Reggi’s award-winning barbecue sauce to help hold you over until your next barbecue pit stop.

Hungry for more of what Jackson has to offer? Check out the latest edition of Livability Jackson, Tennessee.