So you're relocating. Great! Now comes the hard part: Excellent quality of life and great affordability make each of these places a worthy choice. 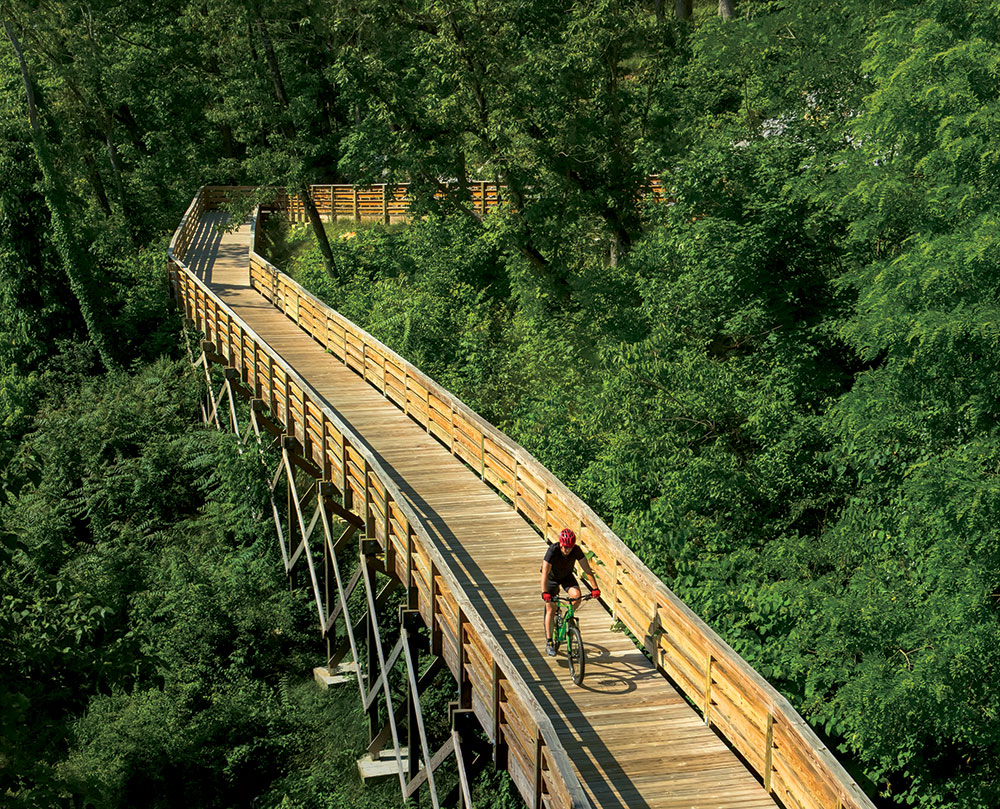 From the banks of the Mighty Mississippi River to the foothills of the scenic Appalachian Mountains, Tennessee features distinct communities that make for great places to live and work.>

These communities are business-friendly and thriving with innovation. They appeal to big-name companies looking to expand and welcome remote workers who are choosing where to grow roots. Vibrant arts and culture scenes, affordable living, delicious restaurants and world-class outdoor recreation dial up the quality of life. If you’re thinking about relocating to Tennessee, here are 12 cities to consider:

From the iconic Grand Ole Opry to the honky-tonks downtown, Tennessee’s capital city is thrumming with talent. (Even the karaoke performances in Nashville impress.) In addition to being known as Music City, Nashville is also nicknamed Athens of the South because of its many higher education institutions. The Parthenon in Centennial Park, a full-scale replica of the original in Athens, solidifies this reputation. Those who move to Nashville have their pick of charming neighborhoods and endless options of notable restaurants and distilleries. Nashville also boasts one of the country’s most robust economies, with several Fortune 500 companies opening offices here.

Striking a balance of historic charm with modern-day cool, Clarksville is a vibrant city on the Cumberland River with hip boutiques, restaurants and breweries. Those who move here can purchase homes for $100,000 less than the national average. It’s no wonder Money magazine named Clarksville one of the best places to live. While Fort Campbell Army base is the area’s largest employer, Clarksville also has a strong manufacturing and tech industry.

Ready to Launch a Career? Consider Moving to Tennessee

In 1937, Kingsport’s founding father J. Fred Johnson coined the phrase “The Kingsport Spirit” to describe residents’ enthusiasm for their city. To this day, the mantra remains woven into the fabric of this inclusive community, which has exceptional schools, great corporate citizens and plenty of career opportunities. Eastman Chemical Co. and BAE Systems are some of the biggest employers, and Kingsport has a diverse mix of manufacturing firms, technology companies and small businesses. Those who relocate to Kingsport appreciate that the cost of living is nearly 19% lower than the national average and that they have access to top-notch amenities, including Warriors’ Path State Park.

About 30 miles south of Nashville, Murfreesboro is one of the fastest-growing cities in Tennessee. In fact, the community is poised to grow by nearly 10% in the coming years. Helping spur the growth is MAHLE, a Germany-based automotive supplier that’s adding 140,000 square feet to its operations in Murfreesboro and creating an additional 300 jobs. Middle Tennessee State University helps supply a talent pipeline to the region. Residents here have access to big-city amenities, yet still get to enjoy the small-town scene. 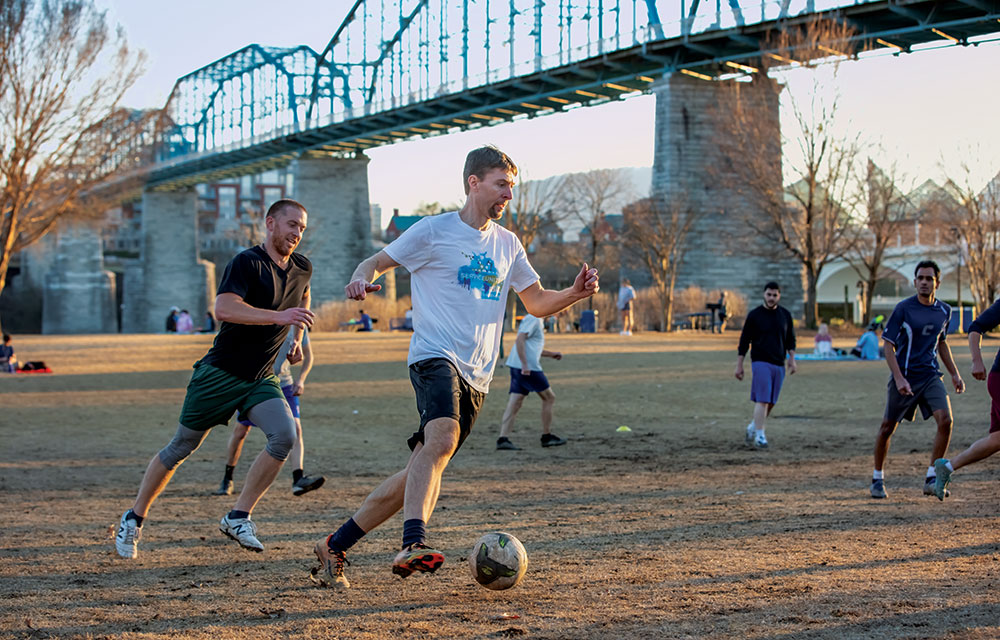 For those with the freedom to work remotely, turn your attention to Chattanooga. Boasting the largest citywide 10 gigabit-speed internet, Chattanooga earns the handle Gig City. But there’s plenty of good reasons to disconnect, as well. Perched on the Tennessee River and alongside the foothills of the Appalachian Mountains, Chattanooga has a remarkable backyard, ideal for hiking, biking and climbing in the great outdoors. Young residents can connect with fellow professionals through ChattaNewbies, a group that welcomes newcomers to the area and introduces them to the community’s history.

In the heart of Shelby County, Bartlett is a growing suburb just 15 minutes outside of Memphis that provides residents with a retreat from city life. The median home value is about $255,000. While the big-city amenities of Memphis are nearby, Bartlett also has its own theater, the Bartlett Performing Arts & Conference Center, as well as a recreation center, plenty of parks for picnics and playing sports, a farmers market and a bluegrass festival. Agribusiness and new technologies, including energy efficiency and life science, are among the growing industries in the area.

Blues and barbecue. Those are just a couple of the known perks that come with being a resident in Memphis, the biggest city along the Mississippi River. Known for its rich music history and playing a pivotal role in the Civil Rights movement, Memphis is home to attractions like Beale Street, the National Civil Rights Museum and Graceland. But Memphis isn’t just a great place to visit; it’s a fabulous place to live â€“ something that millennials are discovering. Housing is affordable and this city has evolved into a bikeable community, thanks in part to trails connecting the city to the Mississippi River Park. Business is booming, too, with the Renasant Convention Center undergoing a $200 million renovation and Amazon opening a fulfillment center that will employ 1,000.

It’s almost as though you can time travel in this community just south of Nashville. Not only is Franklin oozing with historic charm, from downtown to historical sites and centuries-old farms, but Franklin is also living in the future as one of the best cities in the country for STEM workers. The surge in innovation and tech-driven industries has spurred rapid population growth. To help provide a strong tech pipeline, top-notch Williamson County Schools offer robust STEM curriculums. 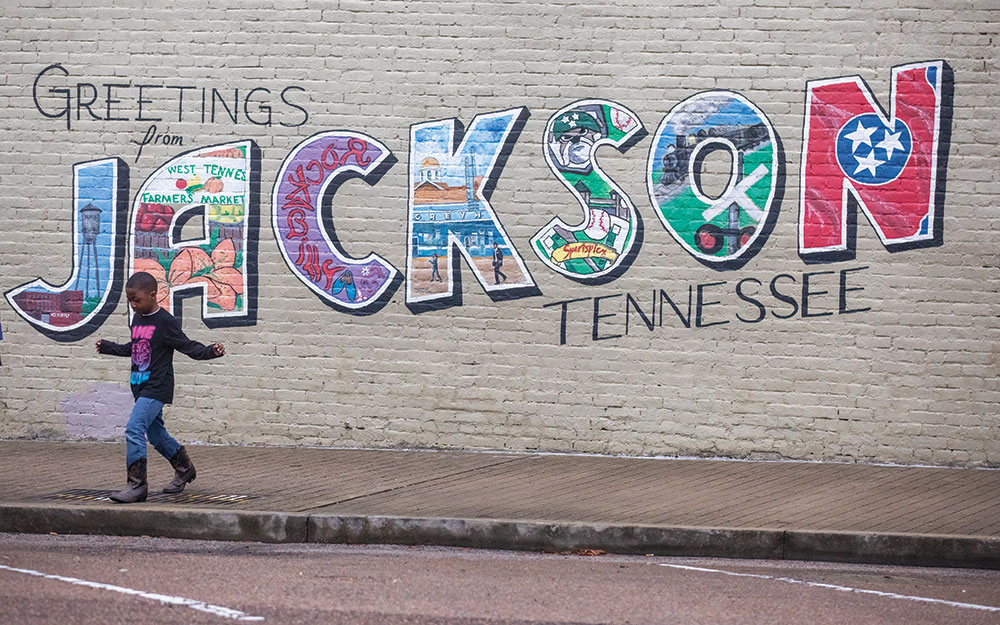 Major manufacturers, including Kellogg’s, Toyota Motor Manufacturing and Delta Faucet, call Jackson home, providing plenty of jobs in the area. But Jackson is also a great spot for entrepreneurs and remote workers because of the maker spaces and coworking spots as well as high-speed internet, thanks to Jackson Energy Authority’s fiber network. Plus, the median home price is $131,800. And fun is ready to be had here, as Jackson has over 40 locally inspired restaurants, a vibrant music scene and outdoor recreation options.

An economically thriving community located in the heart of Middle Tennessee, Hendersonville was once home to country music legends like Johnny Cash and Conway Twitty. Located about 20 miles north of Nashville, Hendersonville is one of the region’s fastest-growing communities, with companies growing roots here because of the business-friendly climate. Plus, residents can enjoy parks, trails and the crown jewel of the community, Old Hickory Lake.

The University of Tennessee’s flagship campus, along with the proximity to Oak Ridge National Laboratory, make Knoxville a hub for research and technology. But this recession-proof East Tennessee city has been embracing its wild side in recent years, marketing itself as a bona fide outdoor wilderness destination. Not only is Knoxville at the front porch of the Great Smoky Mountains, which is the country’s most visited national park, but it’s also home to the Knoxville Urban Wilderness, where you can hike, bike, climb, paddle or just wander in the woods, and do so within the heart of the city.

Get Outside: 9 Must-Do Activities in Tennessee

Explore why the Volunteer State is the perfect place for vacations and staycations.

An East Tennessee gem, Johnson City is nestled in the foothills of the Appalachian Mountains. Residents have access to world-class recreation that includes kayaking on the Watauga River, mountain biking at Tannery Knobs, boating on Boone Lake and scenic walks around waterfalls. Live music and breweries provide the entertainment. With small-town charm, but big-city amenities, Johnson City is a regional hub for retail shopping. This affordable city, with a median home value of $184,000, is home to East Tennessee State University, which has an Innovation Lab that helps aspiring entrepreneurs launch tech-driven companies. 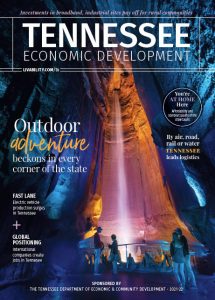