Transportation is Cutting-Edge in Blount County

New infrastructure developments are paving the way for a growing economy in Blount County. 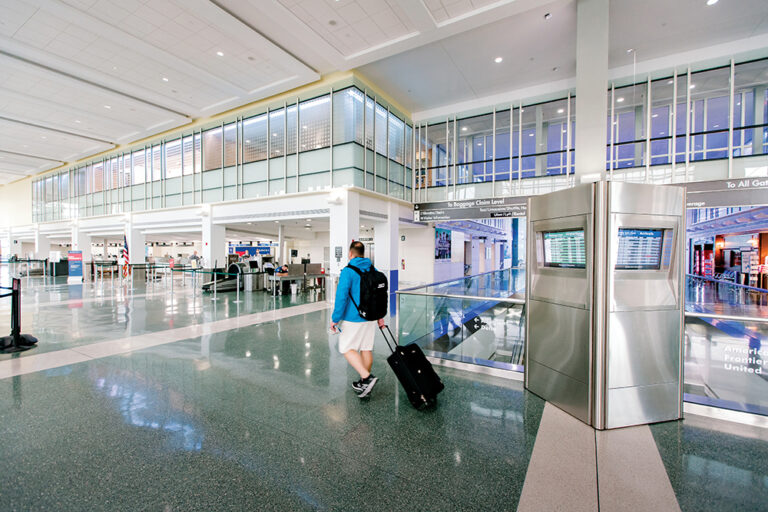 Blount County is on the move. As one long-term airport infrastructure project is completed, a much-needed road project is just about to begin. And both are poised to serve Blount County’s residents and burgeoning business community long into the future.

What a difference a thousand feet make! At the end of 2021, McGhee Tyson Airport completed a project to extend one of its two runways from 9,000 feet to 10,000 feet. Sounds pretty straightforward, right? Pour some concrete, paint some lines? Not exactly. Making the runway longer required building an entirely new runway, and the change has big implications.

“We actually rebuilt half the airfield,” says Patrick Wilson, president of the Metropolitan Knoxville Airport Authority. “The runway is at a different elevation now than it was seven years ago, so we also had to reconstruct the taxiways because of the elevation changes. We also changed the configuration of those taxiways to make taxiing aircraft quicker and more efficient.”

The $134 million project required about 10 years of planning and construction and is the largest construction project in the airport’s 84-year history. The effort required moving more than 1 million cubic yards of earth, replacing the storm drain system, relocating a gas main and installing new LED lighting circuits. In addition, the concrete in the old runway was recycled as filler for the new runway.

“The longer the runway, the more capabilities your airfield has,” says Wilson. “It can allow aircraft to depart with more fuel. It can allow heavier and larger aircraft to land. The extended runway will accommodate any commercial domestic aircraft and most international ones.”

It also increases the mission capability of the airport’s Tennessee Air National Guard base, including the 134th Air Refueling Wing, which provides midair refueling and airlift capabilities for the U.S. Air Force. “A longer runway allows them to carry more fuel a further distance or fly bigger aircraft,” says Wilson.

Wilson looks for the runway upgrade to expand the airport’s regional economic impact, which is already $2.1 billion. “From 2016 through 2019, the airport had back-to-back record years for travelers,” he says. “During the COVID downturn, we didn’t set any records, but we are now returning back to a record-setting pace.”

Not long after McGhee Tyson Airport unveiled its new runway, community leaders and the Tennessee Department of Transportation announced big plans for a 2.5-mile stretch of Alcoa Highway between Pellissippi Parkway and the airport. TDOT plans to build a new road slightly east of the current route, shifting heavy traffic to a modern, limited-access roadway and allowing the old road to be redesigned to be safer and more community-friendly.

“Traffic safety is a critical need in our community,” says Bryan Daniels, president and CEO of the Blount Partnership. “We’re seeing speeds and congestion that rival interstates on that road. It was never designed to handle that traffic volume, and there’s no way to improve the existing roadway. Our community has grown to the point that it needs a dedicated limited access road servicing it.”

Construction of the new roadway is slated to begin in 2023 and be completed in 2029. When it opens, 75-80% of current traffic is anticipated to shift to the new roadway. In addition, a planning study has recommended converting the old roadway to an attractive four-lane business corridor leading into Springbrook Farm, Alcoa’s new city center, that will feature greenway connections, linear park space and bike lanes.

Even though completion is years away, some of the community’s most recent economic development successes would not have happened without the road relocation plan, according to Daniels. “Amazon’s new fulfillment center project would not be possible without those road improvements, and they were a factor in Smith & Wesson relocating its headquarters and all its operations here,” he says.