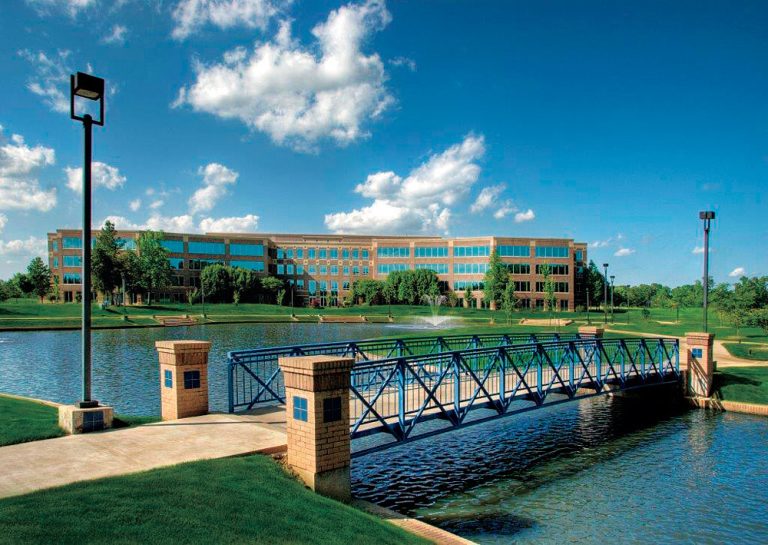 There are 317 headquarter companies employing 87,500 people in the Memphis metro area.

Among them is FedEx, the global logistics giant and the largest publicly traded company based in Tennessee.

Sedgwick, the largest third-party administrator in the United States, has grown in Memphis since 1992. The company announced the consolidation of its headquarters operations into a 246,000-square-foot facility where it will add 130 jobs to its 865-person workforce.

“Many of our colleagues have long-term ties to Sedgwick, and the area’s deep talent pool has enabled us to grow our company through the years to meet evolving service needs,” says Dave North, the company’s president and CEO. “Further, the area’s universities and educational resources have provided access to top-tier talent and innovative-thinking needed to become a business leader. The city’s own ambitious growth and amenities have further enabled Sedgwick to attract and retain talent in this region to meet growing demands.”

Memphis International Airport is an important asset for Sedgwick, which has existing relationships with 60 of the Fortune 100 companies and 216 of the Fortune 500, to be able to respond quickly to clients.

“It is important that our colleagues be extremely mobile and within a moment’s reach of our client’s locations,” North says.

For Memphis-headquartered Competition Cams, the region was the perfect place to consolidate operations from other states. The company manufactures high-performance engine components.

LEDIC Realty Co. reached the same conclusion. The company, which was founded in Memphis in 1979, located its new national headquarters in the city and announced plans to invest $10.2 million to create a state-of-the-art facility with offices and training technology and equipment.

LEDIC, which has more than 1,100 team members nationwide, announced plans to create 100 new jobs at its headquarters and another 200 positions throughout Tennessee.

When Evergreen Packaging announced that it was combining with its two sister companies into one global headquarters in Memphis, the company said it would invest $915,000, expand its existing facilities and create new 70 jobs.

Discover Why Memphis, TN is a Global Business Hub

The availability of commercial space at affordable rates helps the region compete for new and expanding headquarters operations.

“A good supply is certainly an important factor when trying to recruit office users,” says Mark Halperin, executive vice president at Boyle Investment Co. “The larger the size of the transaction, the more likely the user will be interested in ‘build-to-suit’ opportunities. Over the years Memphis has typically had adequate inventories to offer small and medium users a variety of options to consider.”