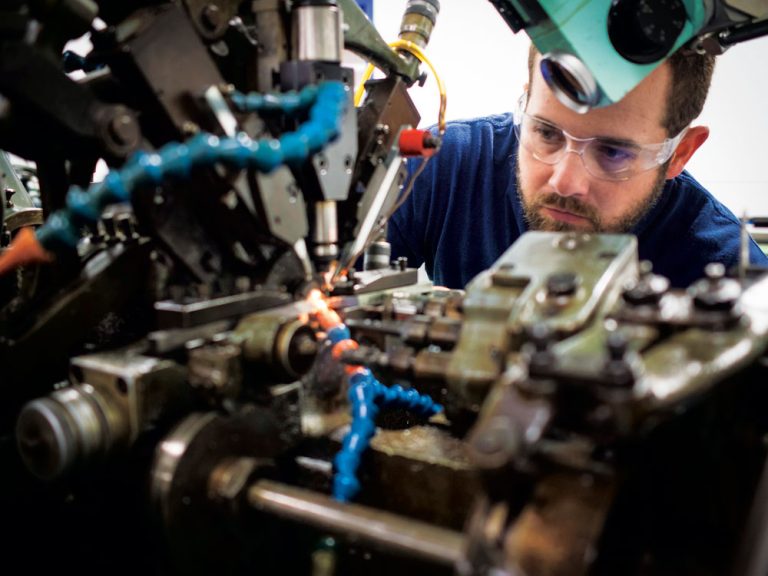 The Brookings Institution ranked Memphis No. 8 among the 100 largest U.S. metro areas for advanced industry job growth from 2013-2015. Recent major announcements include electrical- components giant Thomas & Betts, which is undergoing a $30 million expansion of its Low Voltage Product division that will add 300 jobs over the next five years.

Why Memphis, TN is a Leader in Global Business

It’s in the Water

“Memphis provides us with cost-effective shipping to a majority of the country, plus there is a business-friendly climate here and reasonable costs for real estate,” says Tony Maxwell, Blues City Brewery plant manager. “We’ve made a large capital investment of more than $50 million over the last five years, and today we employ about 300 people.”

Blues City Brewery has infrastructure in place to triple its production volume in the future. Maxwell says the quality of water available in Memphis is excellent, especially for a company like Blues City Brewery that utilizes water in its manufacturing process.

“The water used at the brewery is extracted from aquifers known as the Memphis Sands, and the aquifers have some of the sweetest water in the world because of low levels of impurities like iron, fluoride, nitrate lead and copper,” Maxwell says. “The excellent water quality has attracted many firms to the city. The Memphis Sands are considered a hidden treasure and the city’s greatest natural resource.”

Discover How Logistics Drives Business and Manufacturing in Memphis, TN

“White Cloud is the main brand we manufacture, and we also make private label paper products for companies like Costco, Great Value (Walmart) and Fred’s,” says Fred Ceruti, general manager of KTG USA. “In total, we manufacture more than 1 million rolls of toilet paper every day.”

“Since we opened in Memphis in 2002, our ownership has invested about $500 million in new equipment upgrades for our plant, including $27 million in 2016 and $2 million in 2017,” Ceruti says. “Memphis is ideal for us, especially with its skilled labor pool and convenient transportation network along I-40 and other interstates.”