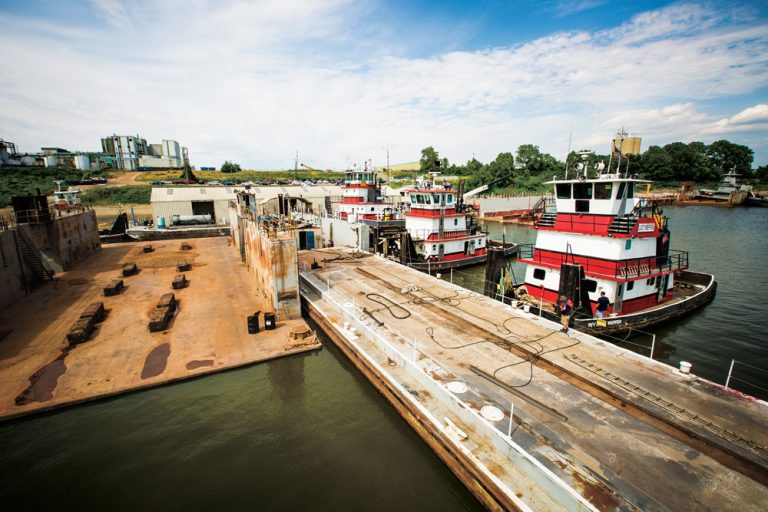 Greater Memphis is in it for the long haul, with logistical assets that are the envy of any region.

Chief among them is the world headquarters of FedEx, which drives the region’s logistics economy. Companies locate to the region in part to take advantage of late shipping times with FedEx that benefits their supply chains.

Memphis is America’s Aerotropolis, a term used to identify a transportation-intensive metropolitan area that has an airport at the core of its development, and America’s Distribution Center, based on it’s central location. Memphis International Airport anchors the region’s logistics assets.

In addition to 85 daily flights, including 34 direct flights, Memphis International is home base for the FedEx World Hub, which has helped give the airport the distinction of being the busiest air cargo airport in North America for more than two decades.

Nine cargo-only airlines are based at the airport, which also houses major operations for UPS. As strong as it is by air, Memphis is also a force by water.

The Port of Memphis is the fifth-largest inland port in the U.S. and the largest water harbor on the Mississippi River, which handles significant volumes of grain and petroleum shipments. U.S. Customs officials collect more import duties from the Port of Memphis than most major U.S. seaports, including New Orleans.

The region includes three general purpose Foreign Trade Zones (FTZs) and multiple Foreign Trade Subzones that provide flexibility and cost savings to importers and exporters. Goods can be stored, processed, manipulated and integrated with domestic goods, all before paying duties. The Economic Development Growth Engine of Memphis and Shelby County (also known as EDGE) administers the FTZ program and assists with the formal application process.

A key initiative is in place to improve the Lamar Avenue Corridor (U.S. 78/SR 4/I-22), a major logistics corridor that supports more than 1,100 transportation, distribution and logistics companies and connects to Memphis International and ports in the region.

Local officials are trying to secure $180 million in federal transportation grant dollars to go toward improving vital freight corridors such as Lamar Avenue.

“A critical part of our city’s intermodal infrastructure is the ability to take cargo from planes and barges and quickly distribute these via truck, and the Lamar Avenue Corridor is a key highway that needs to be expanded and improved to increase the speed of commerce,” says Neely Mallory, board member of the Memphis Regional Logistics Council.

This is How Memphis Became a Leader in Exports

Rolling Down the Track

Besides serving with the Logistics Council, Mallory is president/CEO of Mallory Alexander International Logistics, which has been in the warehousing business since 1925. His company meets most of its clients’ cargo shipping needs via rail.

“Many warehouses in Memphis use rail as a successful strategy, with the ability to reach main ports such as Charleston, Mobile, New Orleans and Houston,” Mallory says.

The region offers numerous advantages for logistics and distribution.

“Besides a strategic centralized location in the U.S., Memphis has good available land for developing more warehouses to serve trucking companies and rail lines,” says Buzz Fly, vice president of Patterson Warehouses, which handles containers and stores cargo for 22 clients in its more than 2 million square feet of warehouse space. “We are within two days of 70 percent of the nation’s population.”

Fly adds that the city’s history and reputation for distribution has resulted in a high number of well-trained workers.