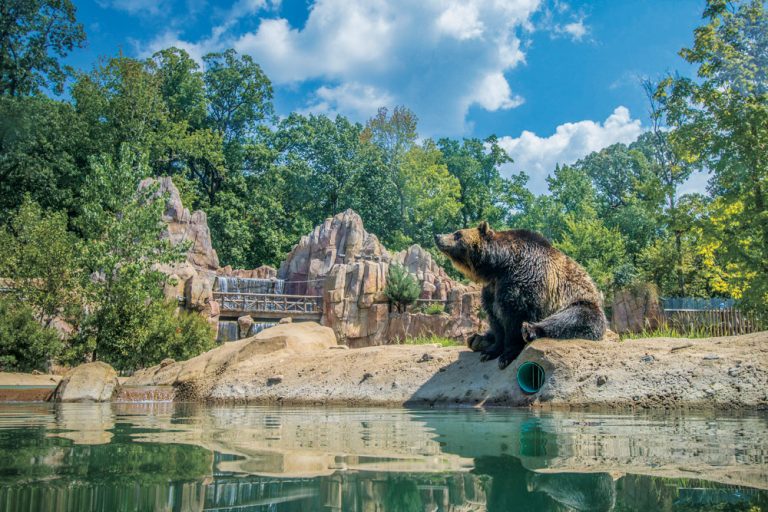 The flourishing Harbor Town neighborhood is just outside the main downtown business district and features great views of the Mississippi River. Harbor Town is actually on the north end of Mud Island, and a scenic greenbelt there is ideal for walking, jogging and bicycling. Other amenities include an outdoor amphitheater, two private schools, ethnic restaurants and Mud Island River Park.

Named for the main intersection of Cooper and Young in the Midtown district, Cooper-Young is a residential neighborhood dotted with small businesses, independent restaurants and popular nighttime destinations. The neighborhood welcomes a number of arts and music festivals throughout the year, including its own Cooper-Young Festival every fall.

The downtown riverfront district was formerly just for warehouses and businesses that shipped goods via the Mississippi River, but today the area features beautiful homes along the bluffs as well as hotspots like the Peabody Hotel, Orpheum Theatre and the National Civil Rights Museum. Also in the neighborhood is Beale Street along with Autozone Park where the Memphis Redbirds play baseball.

Described as the true dynamic of Memphis, Midtown is robust and diverse, home to attractions such as the Children’s Museum of Memphis, Memphis Zoo and Memphis College of Art. The neighborhood spans from East Parkway to Interstate 240, and there are several architectural choices for homeowners and apartment dwellers. Good restaurants are in abundance, and most businesses are thriving.

The tree-lined neighborhood of East Memphis offers residents an array of housing opportunities, with prices ranging from $125,000 to $400,000. The district houses some Fortune 500 companies and several parks that showcase a variety of cultural events. Two popular attractions are the Memphis Botanic Garden along with Theatre Memphis.

The town of Collierville is a few miles east of Memphis, and perhaps its best-known attraction is the downtown public square. The square features a variety of interesting sites, including specialty stores, locally owned restaurants and a spacious public park. Collierville residents can enjoy several recreation choices, and outdoor concerts occur throughout the summer weekends.

Just east of Memphis is Germantown, a scenic community along the Wolf River that features multiple parks and a greenway system. Residents have access to many housing options along with specialty shopping and multiple independent restaurants, and there are several outdoor recreation opportunities. For culture, the Germantown Performing Arts Center often books world-class entertainment.

Just northeast of Memphis is Bartlett, a city whose amenities include several parks along with four small lakes. Bartlett City School District launched as its own independent school system in August 2014, and the median income for families in Bartlett averages more than $80,000. Community amenities include Bartlett Recreation Center and the Bartlett Performing Arts & Conference Center.

Mostly an unincorporated community, Cordova is bordered by the Wolf River on the south and I-40 on the north, and the town features many shopping centers, several housing options and more than 1,200 businesses. Cordova is one of the fastest-growing neighborhoods in the Greater Memphis area, and its Bert Ferguson Community Center hosts many athletic events and activities.

The community where entertainer Justin Timberlake grew up, Millington, is just north of Memphis and offers easy access to Meeman-Shelby Forest State Park and the Mississippi River. The city is known as a military community thanks to the Naval Support Activity Mid-South naval station that has more than 7,500 military, civilian and contractor employees on its 2,000 acres.